Since I am currently in Christchurch for my mother’s birthday, I thought it would be appropriate that this weeks #500words was a photo from my hometown. 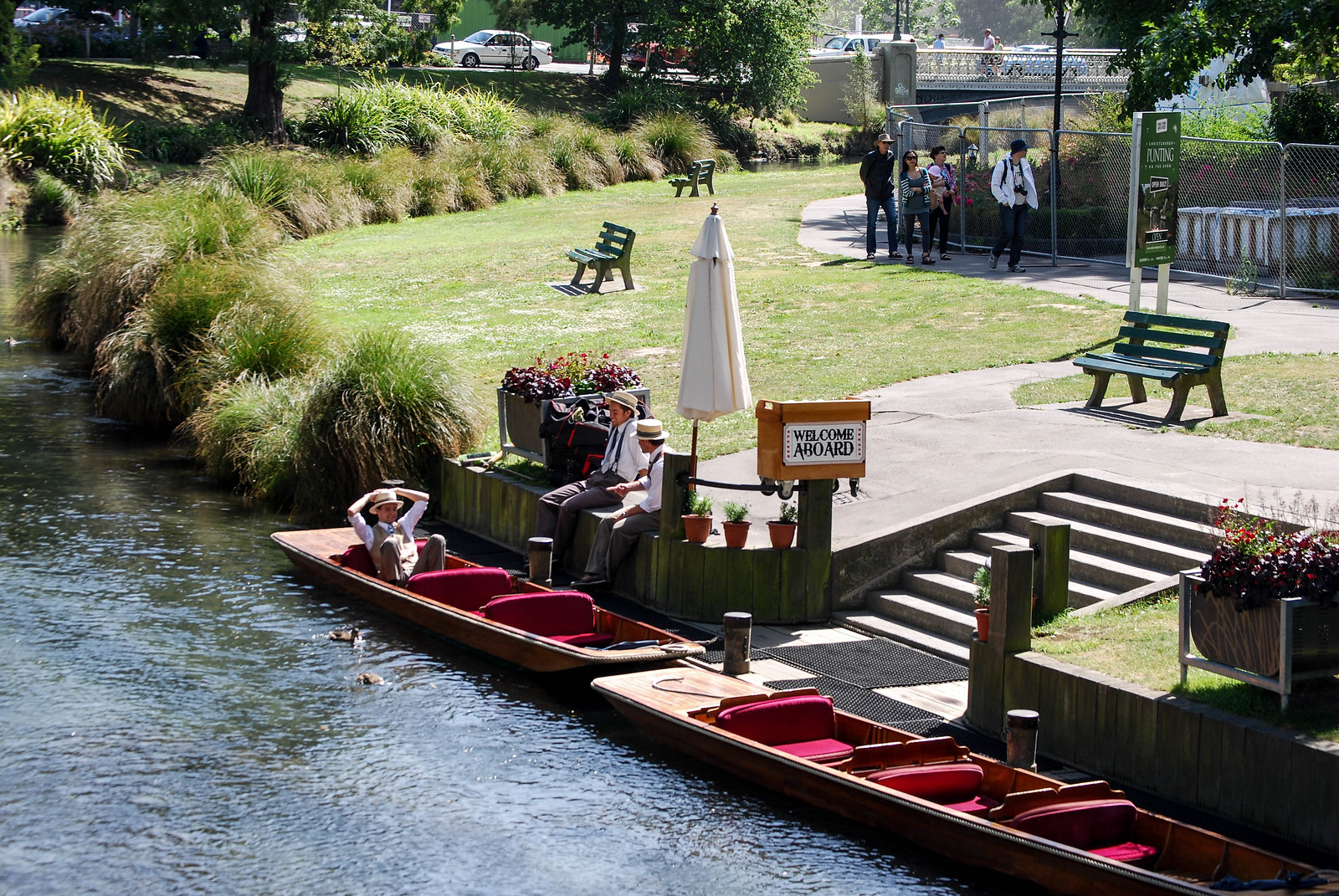 What’s Special About This Photo: I took this photo in January 2013, two years after the devastating earthquakes of February 2011. Apart from the wire fence in the background, you wouldn’t think that there was anything amiss about the city. However surrounding me was the tell-tale signs that this was a city that had been severely damaged by the Christchurch earthquakes. This photo to me represents looking on the bright side of life – this is not to take anything away from those who lost their lives in the February quake but rather it serves to remind us that, as always, life does go on.

How Bloody English! Christchurch is known as a very English city – represented well here with the Punting on the Avon. A lot of the street names are named after English towns and cities like Worcester Street, Gloucester Street, Oxford Terrace & Durham Street. The main river that runs through the city is called the Avon River – it was actually meant to be called The Shakespeare but apparently one of the Deans brothers (very well-known founding family of Christchurch & Canterbury), wanted it to be named the Avon River after the river in Scotland near where his grandfather had land. As in the photo, punting on the Avon is popular thing to do in the city; and Christchurch was named after the Oxford University college of the same name.

Did You know? A lot of places in New Zealand are known by their Maori and English names – such as Aoraki/Mount Cook and Mount Taranaki (Mount Egmont). The Avon River’s official name is Avon River / Ōtākaro. Christchurch’s Maori name is Ōtautahi – meaning ‘The place of Tautahi’ who was a chief of the Ngāi Tahu tribe.

About The Photo: From memory, I had been walking around the city and had walked over the Worcester Street Bridge toward the Cathedral, as I did I came across this scene. As with a lot of my photos, I didn’t really know what I had shot until I was looking back over my photos later on. I love the chilled out attitude of the lads in the photo. They were just out there enjoying a Christchurch summer’s day.

Seven Years On: Today (4th September) marks the 7th anniversary of the September 2010 earthquake – in some ways, the quake that started it all. Today the city of Christchurch is still a broken one. It is slowly rebuilding but it will take time. A lot of time. The are frustrations from locals because of the status of things but one thing is for certain, us tourists keep coming (yes, I count myself as one of ‘those people’). Christchurch is different today than when I took this photo. Christchurch is a different city every time I come back for a visit. It is exciting to see what happens in this city next.