I thought I would let you know what my travel plans are for 2020 – because I know you are all holding your breath with excitement about where I am going this year!

Before I get to this year and because I have been absent for the last half of last year, I thought I would quickly let you know here I went in 2019. 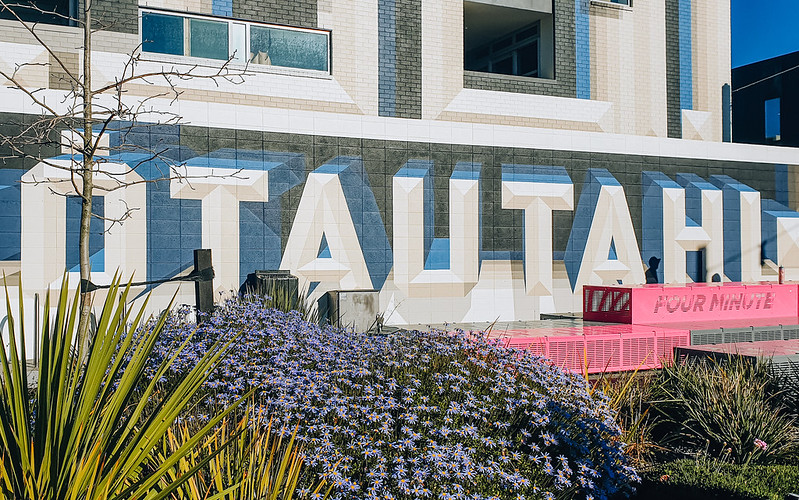 Ōtautahi is often acknowledged as the Māori name for Christchurch

I headed home to Christchurch for about 10 days  in May/June and of course took some photos around the place. 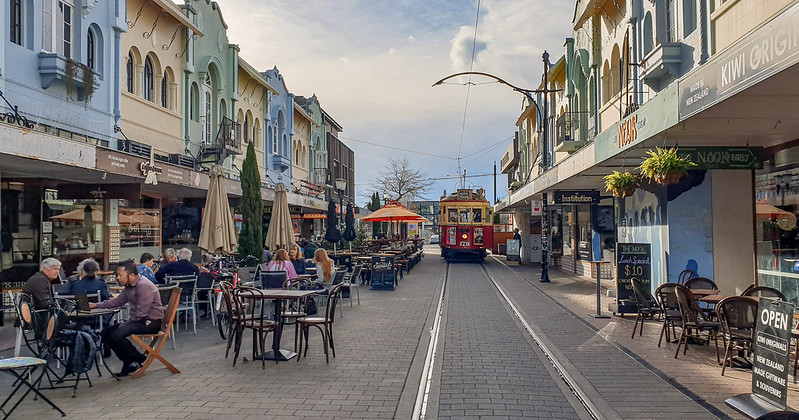 The Spanish style New Regent Street is always a lovely part of town – it’s on the tram loop too so you can jump off for a coffee, ice cream or souvenir

The road from Sumner to Lyttelton Harbour had just opened after years of being closed due to the quakes so it was the perfect opportunity for a bit of a drive & some stunning views. 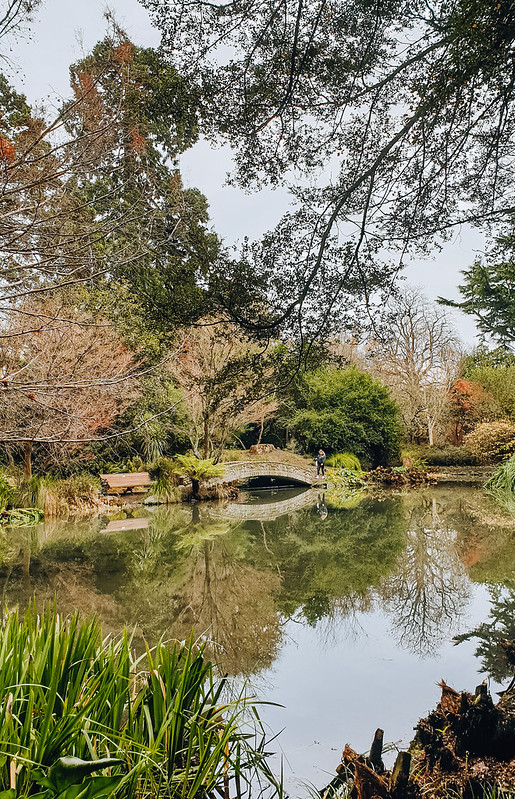 While I was home on this trip, I made a real effort to go to some places that I haven’t been for a long time – like the Botanical Gardens and further afield to Akaroa & Dunedin.

Even though Akaroa is only about an hour & half from my mum’s house in Christchurch, I haven’t actually visited since 1997. The only reason was because the hill between Little River and Akaroa itself is a tad precarious, to say the least. When I was coming home for a decent time, I decided that I simply must visit and roped a good friend in to drive. We met at Little River, I jumped in her car and off we went.

It was such an enjoyable day!

This friend and I use to live with each other many moons ago and whenever we’re together, we revert back to those early 20’s with ease and have a jolly good time filled with heartfelt chats and of course, lots of laughter. We didn’t really have any real idea of what we wanted to do but visited the lighthouse, a jetty and then ended the day at The Giant’s House – which honestly has to be seen to be believed! 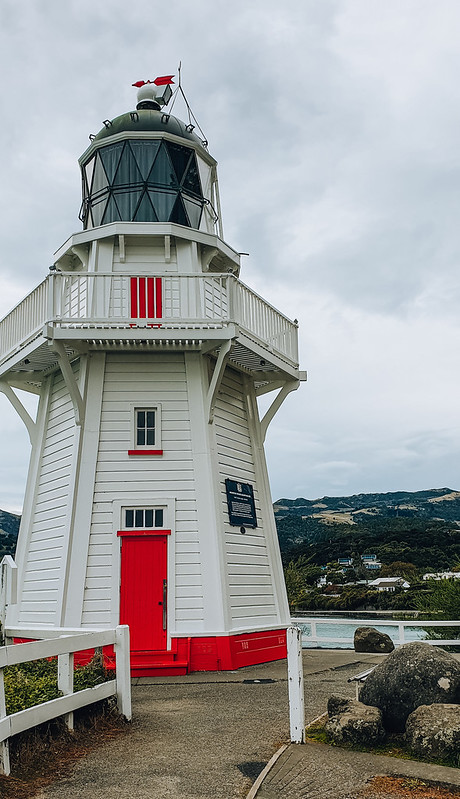 This lighthouse, circa 1880, was moved to its current location in 1977 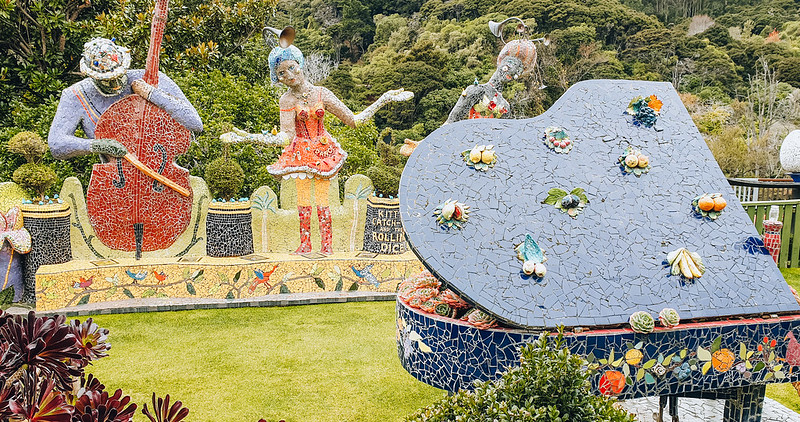 The Giant’s House was created by a woman who loves mosaics. It is truly an amazing place 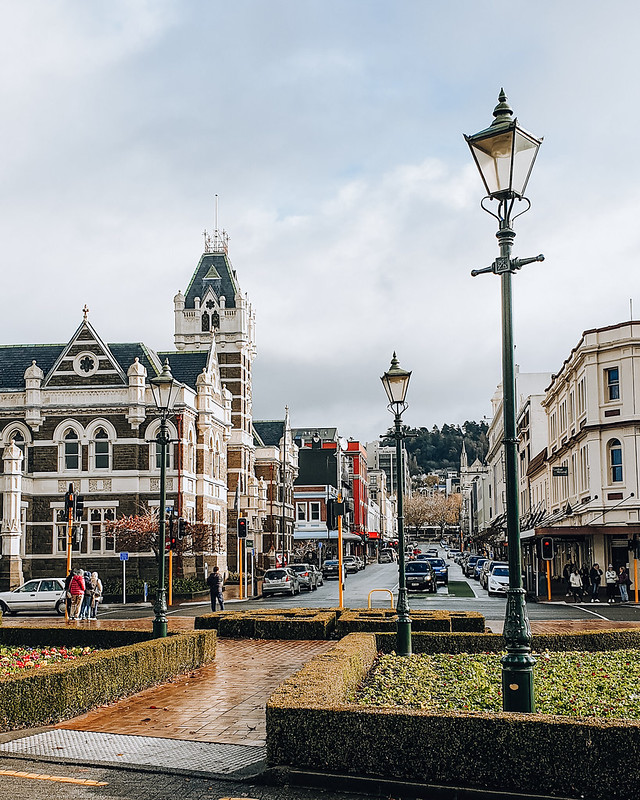 Dunedin is known as “Little Edinburgh” for a very good reason!

Dunedin or Dùn Èideann (the Scottish Gaelic for Edinburgh) is located about a 5 hour drive south of Christchurch – or a 50 minute plane ride. It is another place in New Zealand that I last visited in the late 90’s and had been wanting to visit again but hadn’t gotten around to it. I decided to do a quick trip (literally two nights) and my sister decided to tag along. One place we both wanted to go was the Toitū Otago Settlers Museum as we knew that there were photos of our  Great, Great Grandpartents on display. They were some of the early settlers in the Otago area. 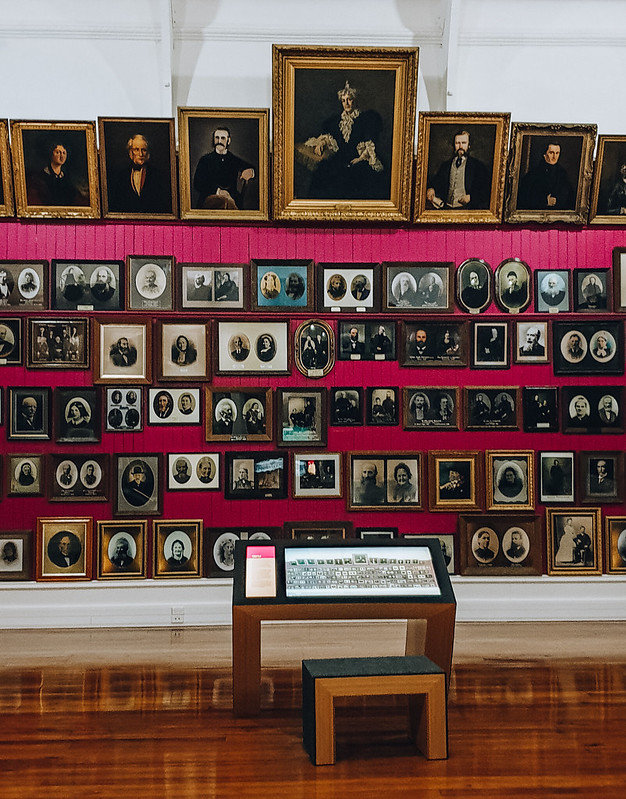 One section of the portrait room in the Toitū Otago Settlers Museum – my G.G Grandparents on the 2nd row from the top of smaller portraits – 3rd from the right

Other than that – my sister wandered around a cemetery to find the said G.G Grandparents and I wandered around an historic railway station. There was a situation where we were sitting in the hotel room one night and there were some large bangs, which we thought were bullets ringing out – turns out it was fireworks but I can’t remember what for haha. 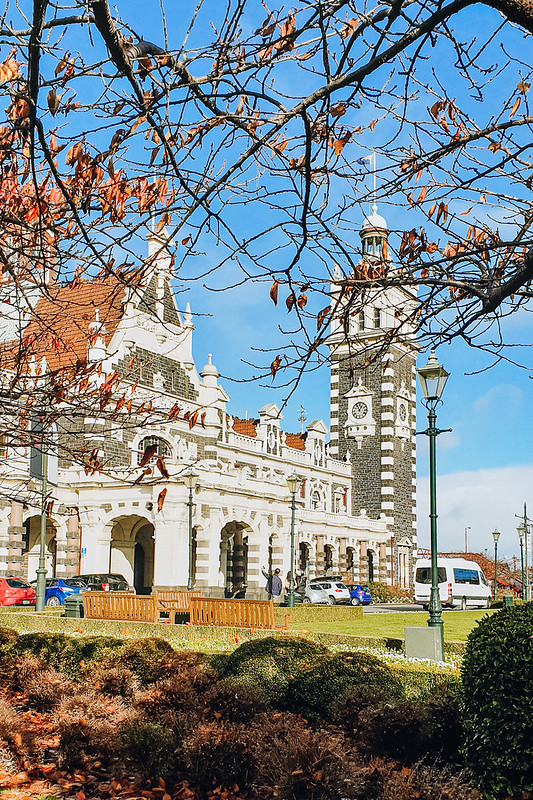 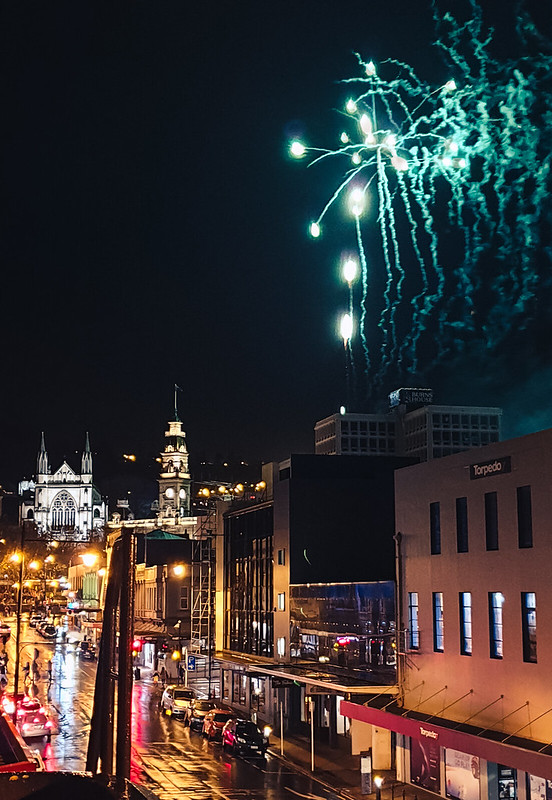 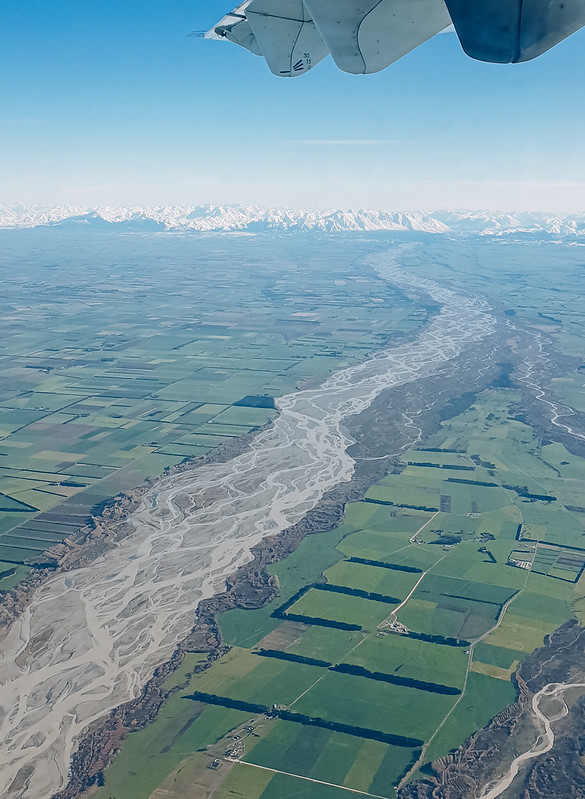 Home again, this time for mum’s birthday. Along for the ride came my great, great niece, her mum & grandma so we could introduce her to her great, great nana. It ended up being a bit of a family reunion when her great grandma, great aunty and cousins came down from Nelson for a few days too.

Being the start of spring, I really wanted to take my niece to the daffodils for some photos – it didn’t quite work out because I went to the wrong area haha

My birthday trip for the year was over to Vancouver, Portland and Seattle. I had wanted to visit Portland for a few years now and because I could get a direct flight to Vancouver from Brisbane, I headed there for a few days then got the train to Portland. Train back up to Seattle and the flew back to Vancouver before heading back to Brisbane. It was only two weeks but I felt like I had done a whole lot of stuff in a short time.

I am not usually one for selfies but here are few photos of me in said places. After my not so fantastic birthday trip of 2018 I really tried to look on the brighter side for this trip and I actually a really brilliant time. I saw and did pretty much everything I wanted to, I took my time when wandering around the cities and I had a wonderful birthday doing a day trip to some amazing waterfalls .. oh and the weather was actually pretty good too.

It was very windy up here – Columbia River Gorge

I didn’t get arrested in Seattle

Meeting the locals in Seattle

I don’t really actually have too much planned for 2020 but here’s what I am looking at doing:

We have a long weekend at the start of May so I am taking an extra couple of days off beforehand for a 5 day weekend and heading to NSW for a road trip.

I plan to head out after work on the Wednesday and drive for a couple of hours before stopping for the night, then onwards south on Thursday. I have a couple of places that I specifically want to stop – Gostwyck Chapel being one of them! But other than that I don’t really have an itinerary. I know I want to go down through the middle of NSW and back up via the coast. The furtherest south I had previously been is Byron Bay so it will be a whole heap of exploring new places for me.

Only one trip planned for Christchurch this year and this will be a very special occasion. My mum turns 90!

A bit of a family celebration will be happening and hopefully the same thing that happened on her 80th won’t happen – there was a 7.1 magnitude earthquake in the early hours of the morning of mum’s birthday and completely changed our plans for the day. Fingers crossed this birthday will run smoothly!

This will be the big trip of the year – originally it was going to be April/May but work commitments and more time to save meant moving it to later in the year. Truthfully it actually works better anyway.

Where am I going?

Only to England & Scotland with my big sister.

We will be heading to London first (of course) then getting the train up to Edinburgh for a few days. Then onto Glasgow for a few more days before picking up a rental car to do a drive around Scotland and down to Manchester where I will spend my birthday before we head back to Brisbane. This trip will mark 10 years, pretty much to the day, when my sister and I went on our first solo trip together to England.

Since we didn’t kill one another, we thought we might as well give it another go. 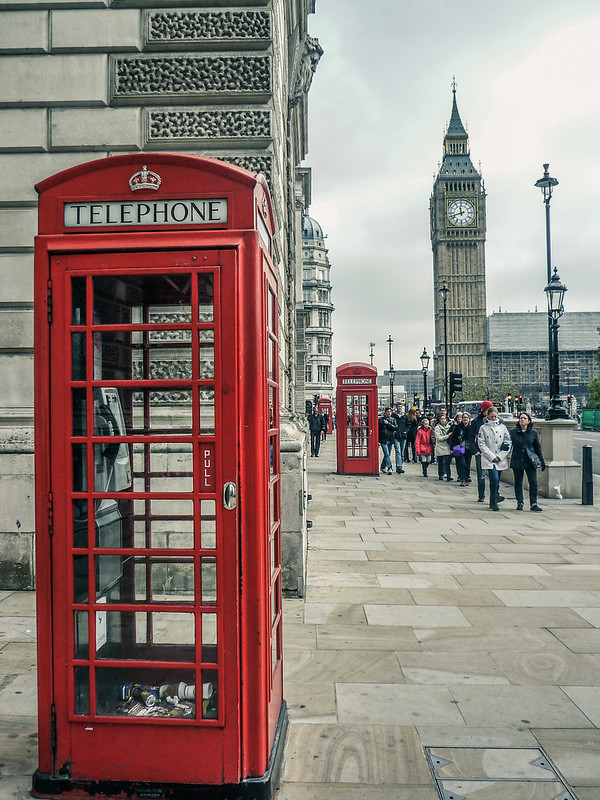 This photo remains one of my favourites – it was taken on our first day in London way back in November 2010. Looking forward to what adventures we get up to this time

I would also like to maybe do some day trips or even weekend trips this year but there are only a handful of places you can actually drive to in Queensland where you aren’t driving for 5 or more hours. But I would definitely like to get out and about more this year.

Do you have any travel plans for this year?

Or do you have any tips for driving around Scotland? Like places to visit etc.