I have to say.. after the first couple months of this year, March seemed to zoom by.

I am not going to talk about the attack that happened in Christchurch on the 15th March as I have already done so here but I will say that went through a few dark days afterwards where I couldn’t understand why it happened. Whilst I still have questions, I have come to realise that I cannot control other people and what they do, I can only control myself and as a result of a lot of what happened – at the time and in the aftermath, I realise there are things I need to change about myself.

That could be a whole other blog topic to be honest, but for now.. here’s what else happened in March.

On the first weekend of March we went on a family road trip to Northern New South Wales to visit Crystal Castle. This was because it had just been my nieces birthday a couple of days prior and she is a bit of a weird – that goes without saying really, but she really loves crystals so we decided on a road trip for her birthday. 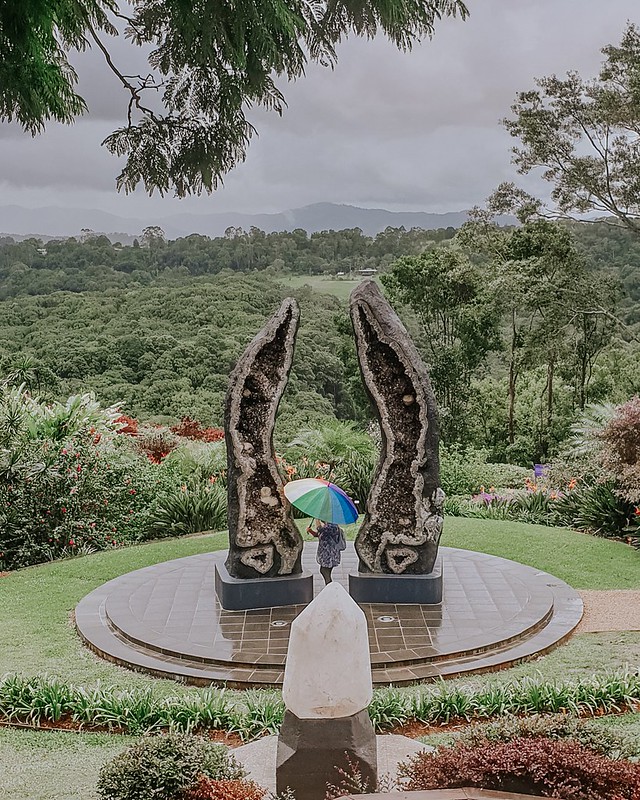 We took bubba along with us – her first big road trip. She was so excited she fell asleep for 45 minutes of the 1hr 50 min trip and played quite happily for the rest of the time. She also didn’t grumble at all during the time out – about 4-5 hours in total. There was a funny moment when we were all having a bite to eat and she started ‘talking’ & laughing with someone or something that no one else could see..  very interesting times. There was another very funny moment that involved some negative energy leaving one of the party, I am not going to say what or who but you know who you are 😂😂😂

The Crystal Castle doesn’t quite contain an actual castle but it has a lot of different areas to wander around; including a dragons egg, amethyst cave, giant crystals, World Peace Stupa, gardens and a giant buddha 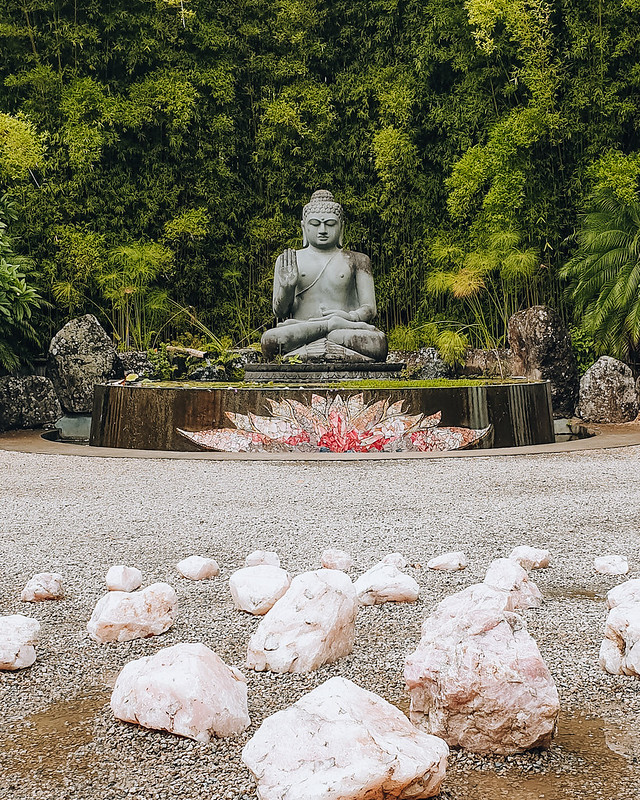 I had no idea what to expect, but it was a really nice day out – despite the torrential rain at one point but I think that actually added to the whole experience.

tiki tour (New Zealand slang)
1. a sight-seeing journey with no particular destination in mind
2. taking the scenic route to a destination
3. to wander aimlessly

Here are few places I found myself in March: 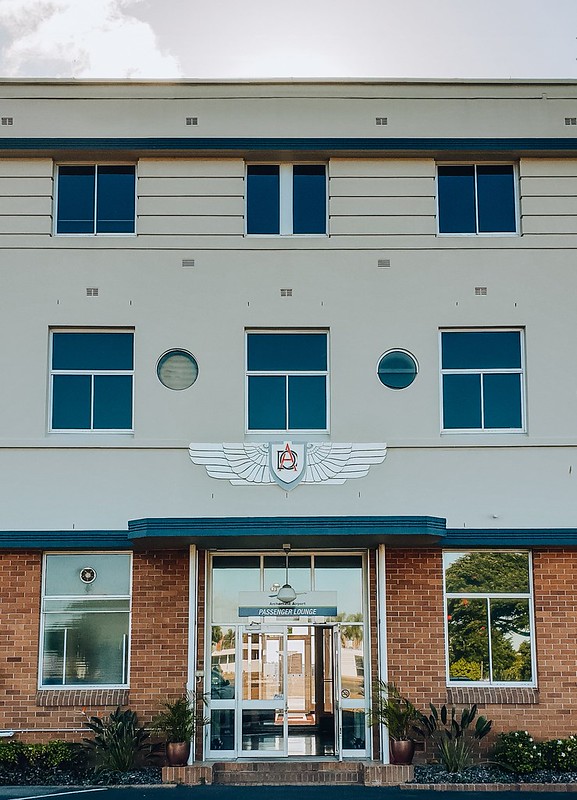 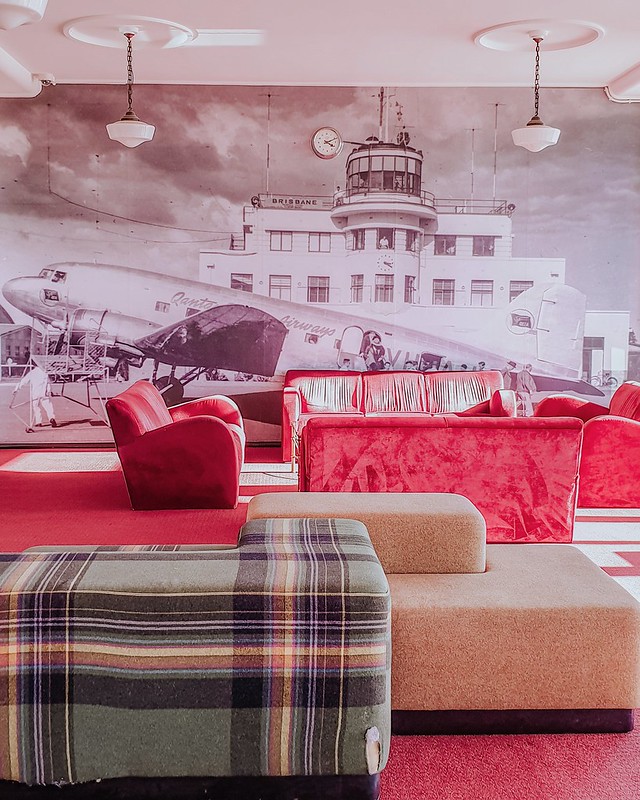 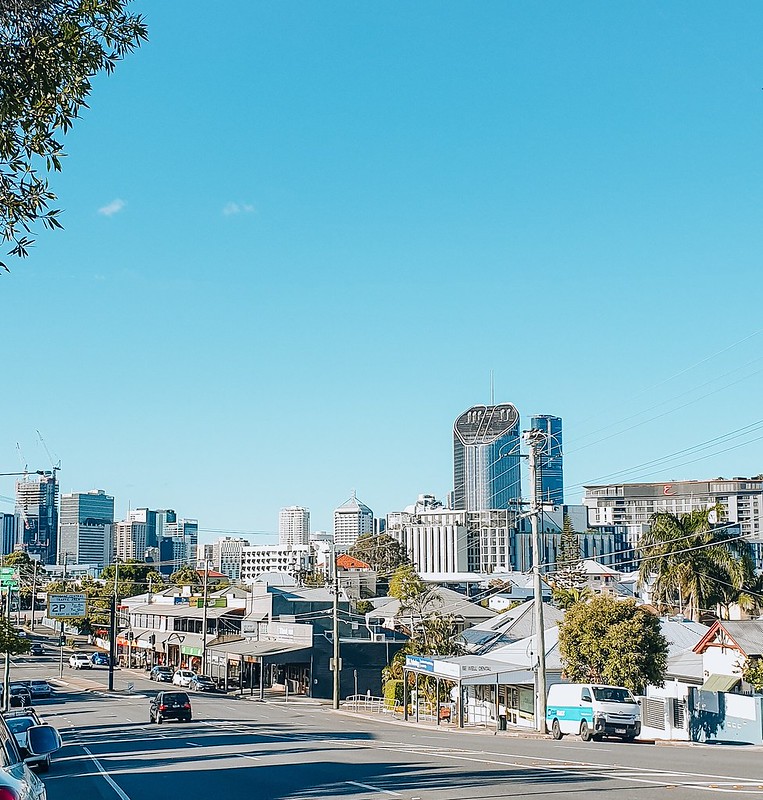 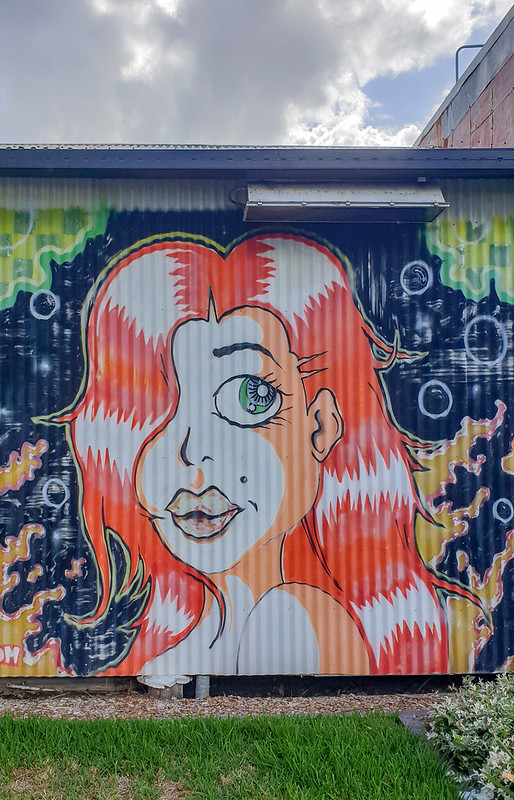 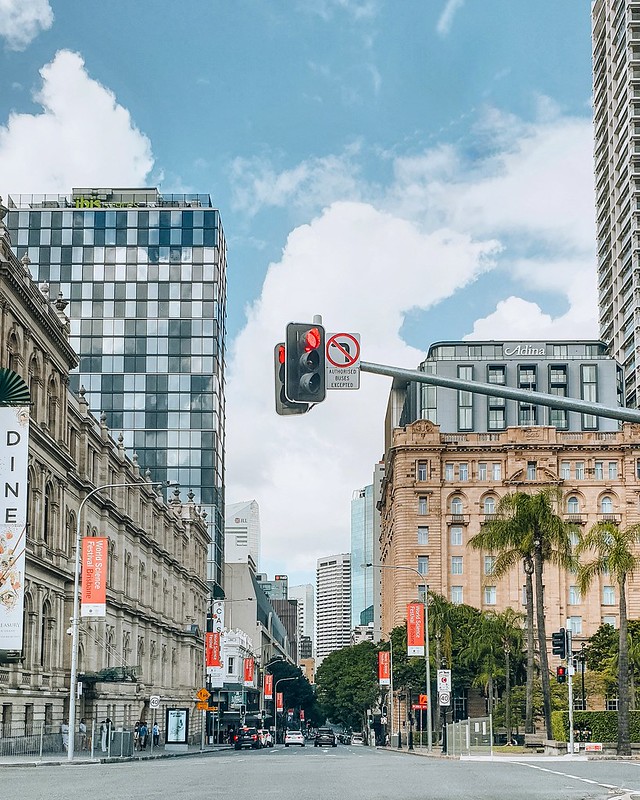 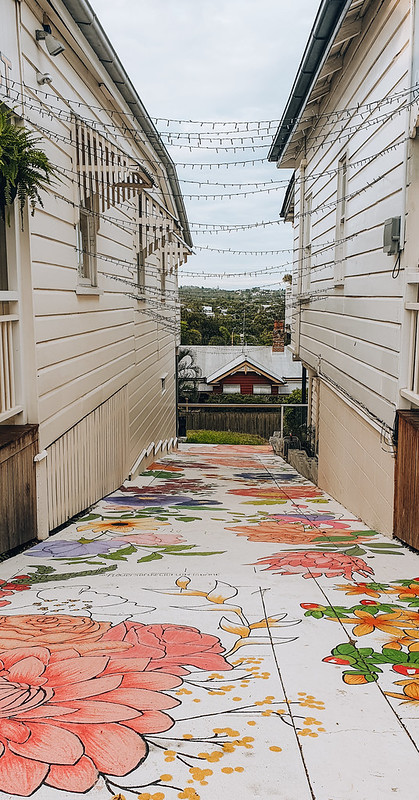 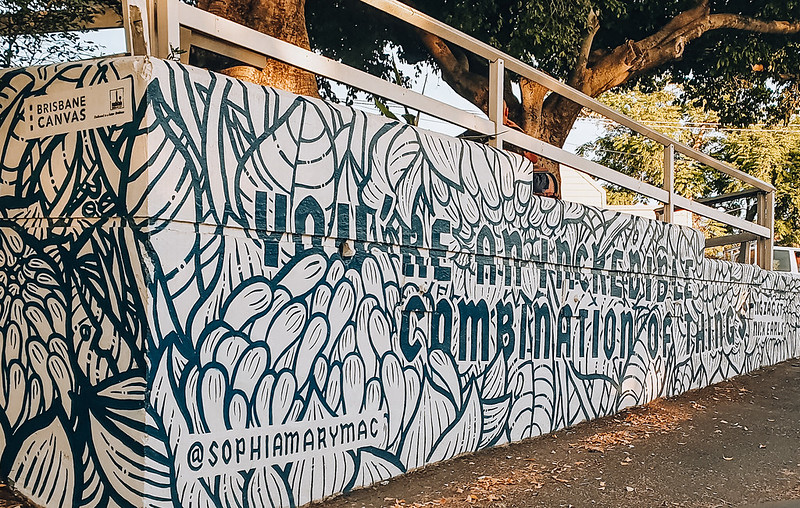 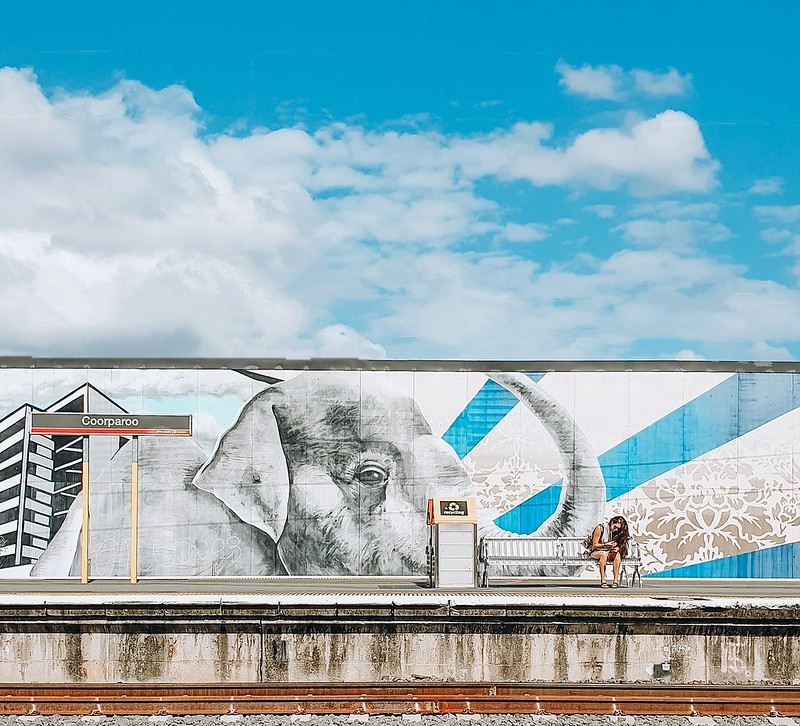 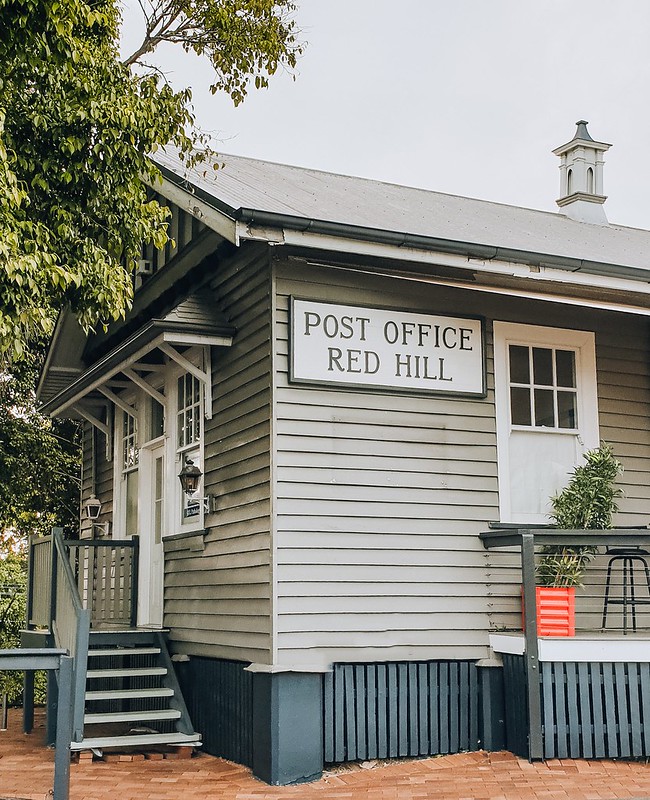 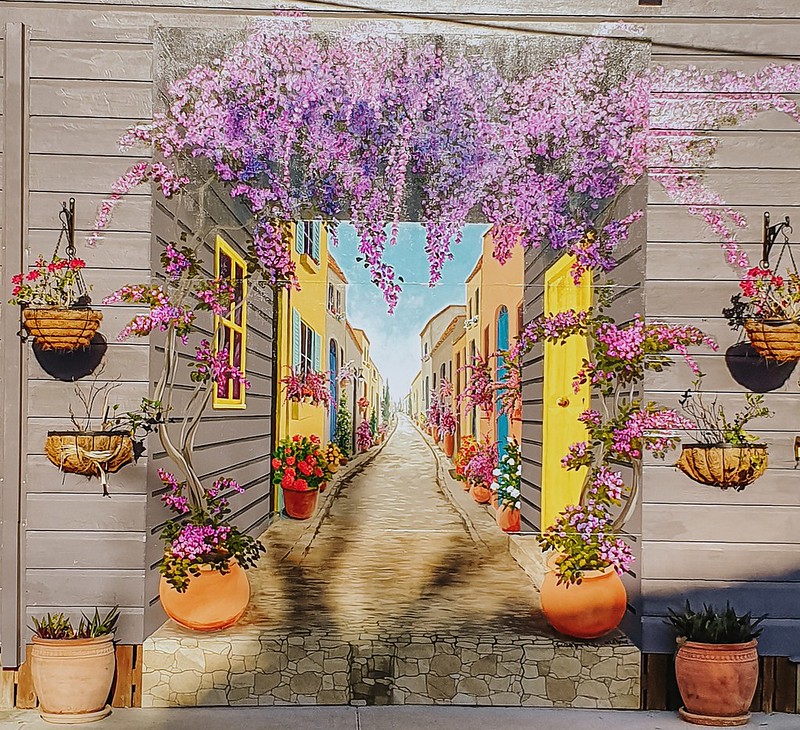 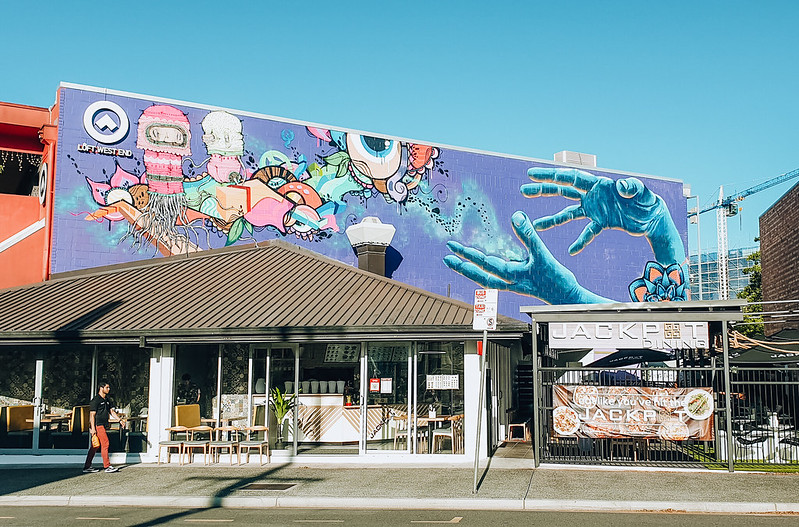 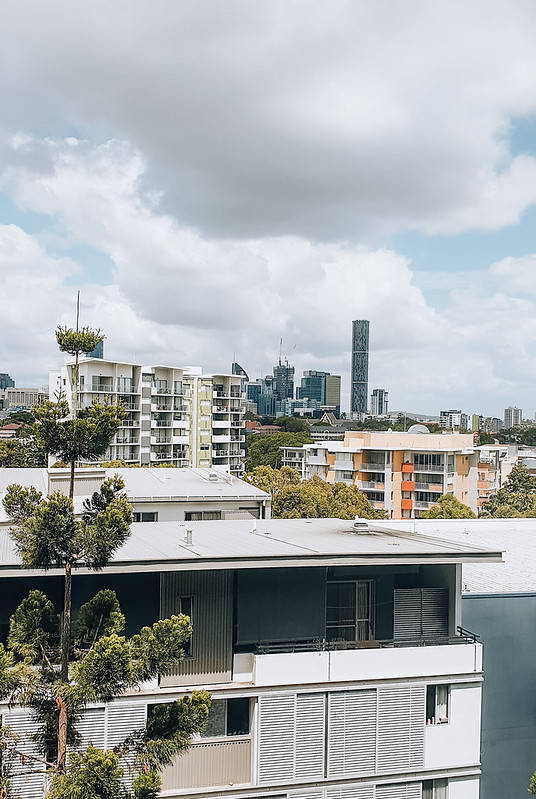 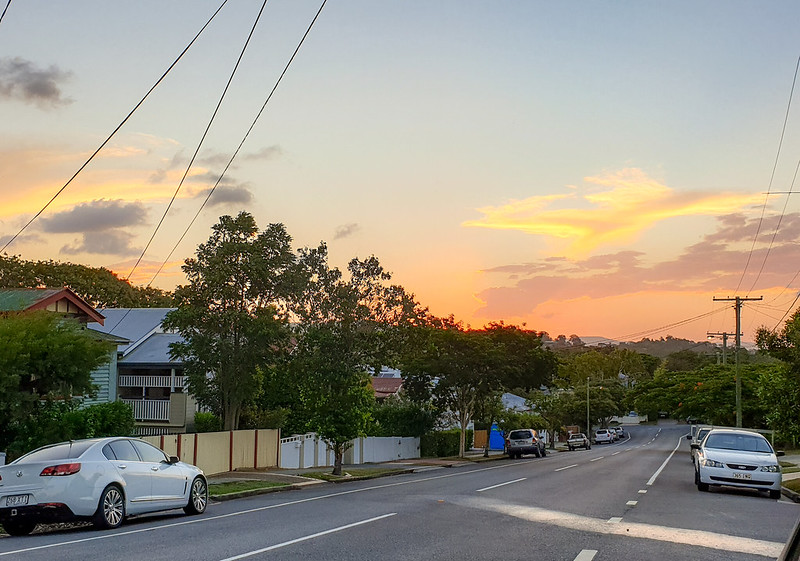 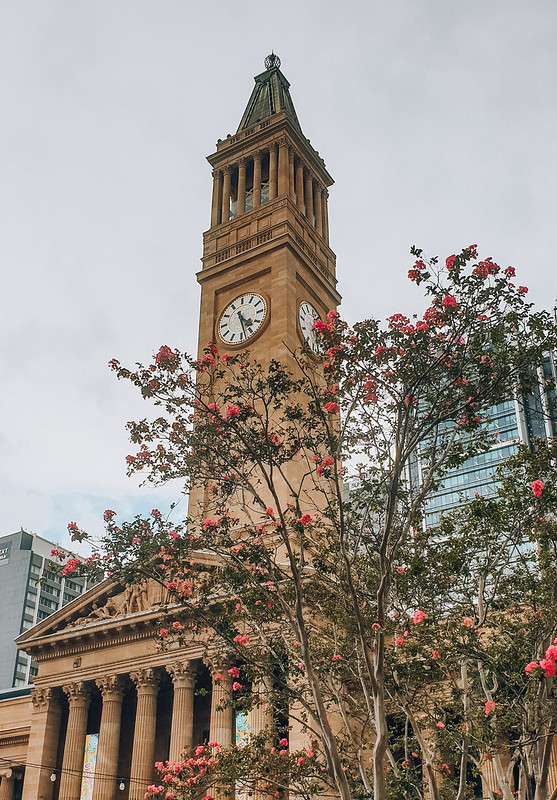 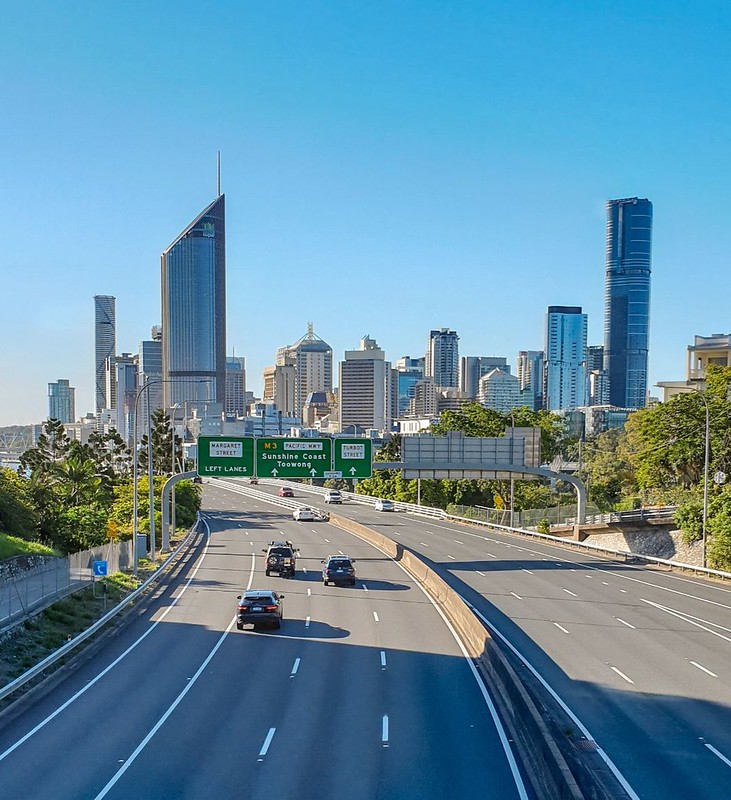 My niece and I occasionally do this thing we call ‘cheekies’.. basically it’s just an excuse for us to catch up, have some food and pretend we’re cool adults with an equally cool life. We haven’t done this for ages so it was well overdue. 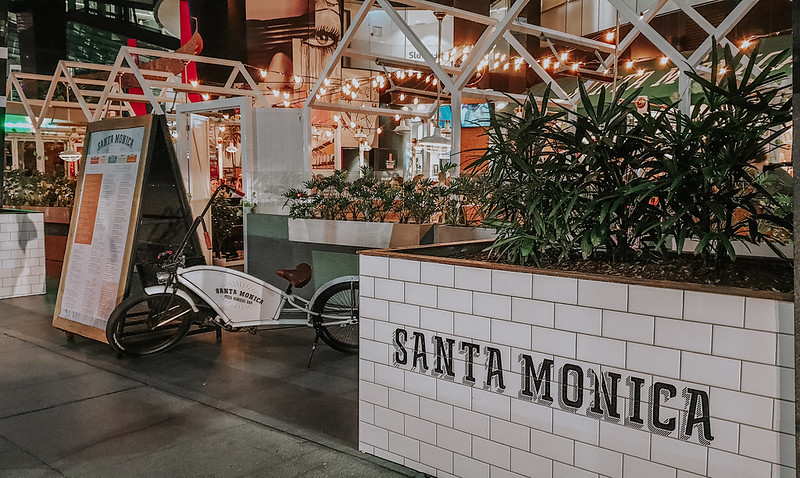 We usually try to find a different place each time we meet up and this month we headed to Santa Monica Brisbane on Ann Street – we went for the mozzarella sticks but the other food we had along with the service means we will definitely be returning. 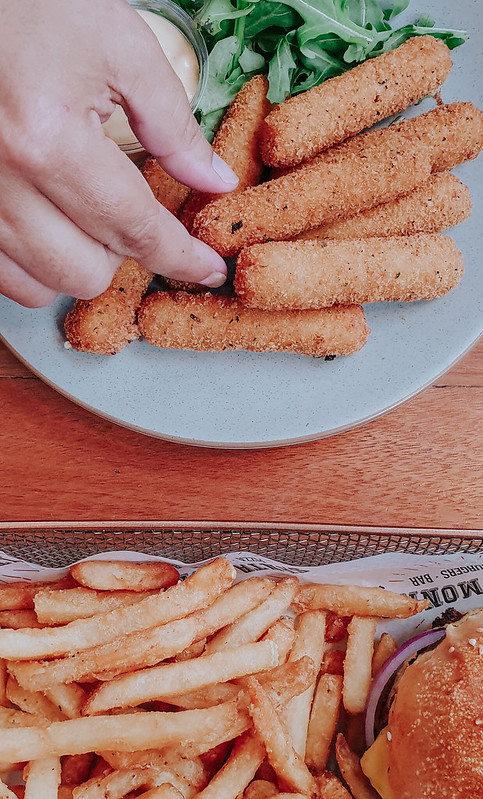 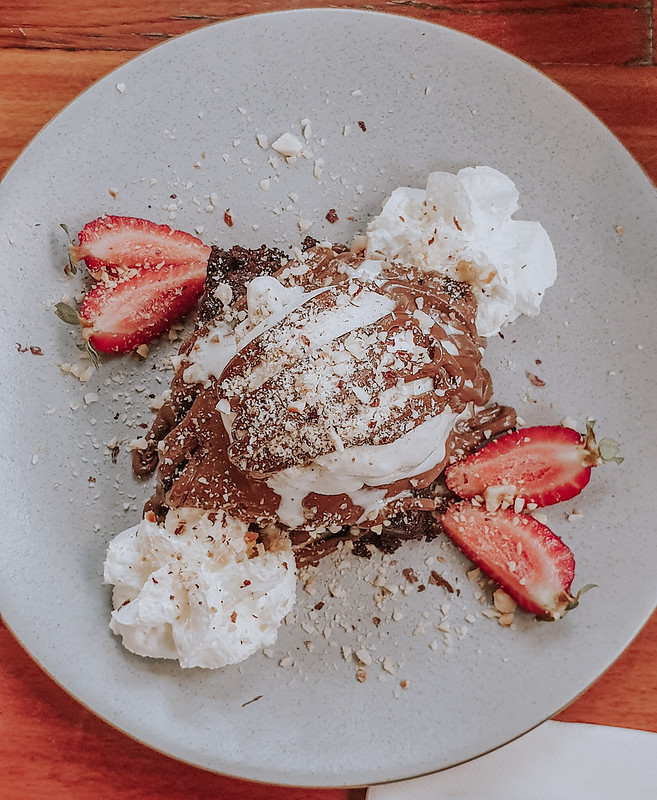 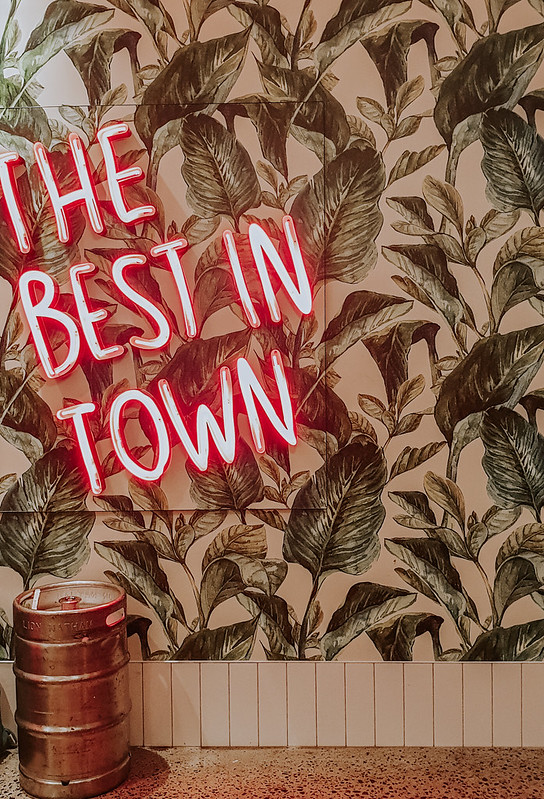 I work in a university in Brisbane and we have just opened our new Education Precinct building, which is complete with a giant LED sphere. The sphere can be used for all sorts of digital images but the day I saw it, it looked like a giant purple brain. The building, however is a very cool space for staff and students. 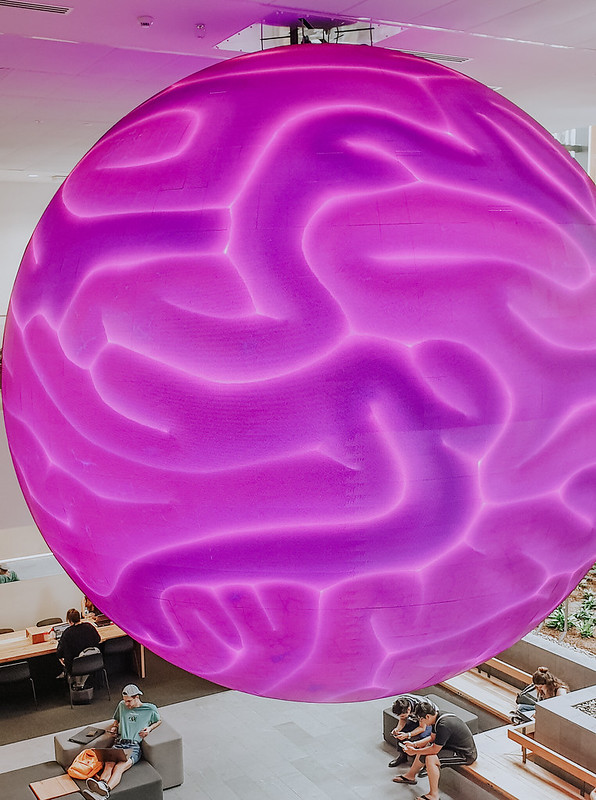 Each February/March Brisbane has the Brisbane Comedy Festival that runs for about 4 weeks. The festival hosts loads of local and international comedians and each year my niece and I say who we want to see. We usually forget about it all and say “next year we’ll definitely go!” .. well this year our favourite comedian was visiting – for the first time in about 3 years so of course we just HAD to go. 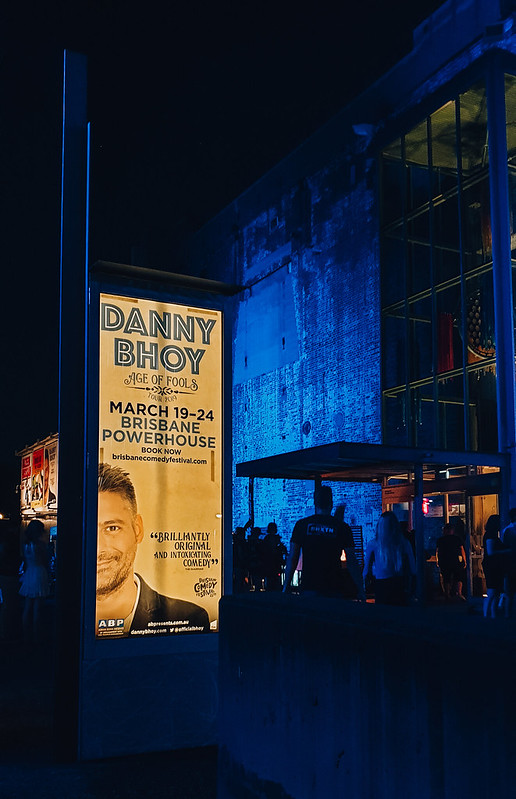 I had actually seen Danny Bhoy in London in 2017 and it was essentially the same show as that but it is always good to see him live on stage. The Festival takes place mainly in the city or at the Brisbane Powerhouse – an old powerhouse that is now a hub for all things arty. It is one of my favourite areas of Brisbane and there is always something going on. 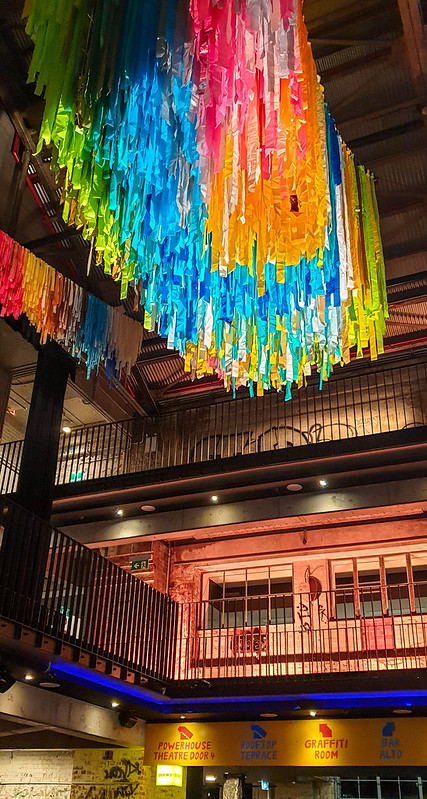 And of course it would not be a monthly update without this wee button.. I am beginning to run out of ideas for photo shoots so have decided that I am only going to do the first year. Bubba turned 8 months old on the 23rd so that means there is only 17 more weeks until the 1st Birthday shoot.. only 17 more themes I need to come up with!

If anyone has any ideas, that would be awesome haha

This month we did a unicorn theme, book week theme, ball pit playground theme, a Disney theme that turned out to be more of a Mickey Mouse & friends shoot than anything else but she was super cute that day I wasn’t complaining. Last but not least – a UK theme! I know, I know.. it is amazing that I lasted this long but I got her a personalised book about her & I going on a UK adventure, which arrived this week so I thought I would use that as one of the props.

As usual, click on the images to show the bigger size.

I am going to give you a bonus photo of the unicorn them because it is one of my favourite photos of her and I love how I edited it.. to be honest, it was a pure fluke!!