I am the slackest of the slack when it comes to writing on this blog. Sometimes I even wonder why I am doing it at all.. Anyhoo, here is an update from my time in Copenhagen. Also apologies if you have seen these photos on Facebook or Instagram, I honestly haven’t had the time to sort through and edit my copious amount of photos!

I arrived in Copenhagen about 6am on 1st November. I was clever enough to think about things and book an extra night at the hotel I was staying at, which meant I just had to get to said hotel (taxi – it was pitch black and I couldn’t be bothered figuring out public transport and then walking to the hotel after the 30+ hour journey I had just had) and I could check in straight away. I threw my bags in the room, went downstairs for the breakfast that was included and then went back to the room, had a shower and fell asleep for a few hours. 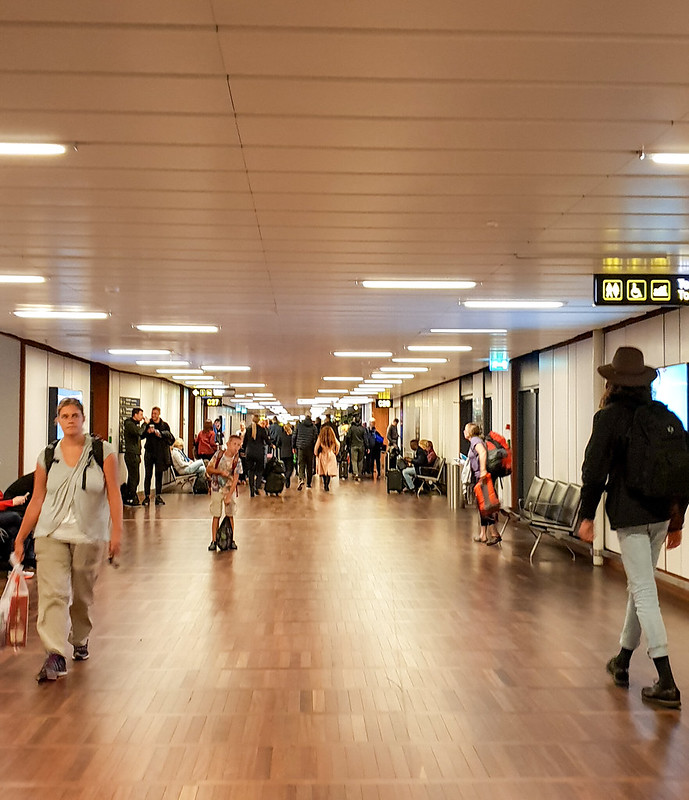 Copenhagen airport where the worlds longest arrivals hall is!

By the time I got myself up again it was around middayish so I got dressed and headed down the end of the block where the Ny Carlsberg Glyptotek was located – this is basically a museum of sculptures with a few paintings thrown in. I had seen photos of this place on Instagram and knew it was somewhere I really want to visit. I am not really a museumy or art gallery kind of person but I do love sculptures so spend a good couple hours wandering around having a look at everything. 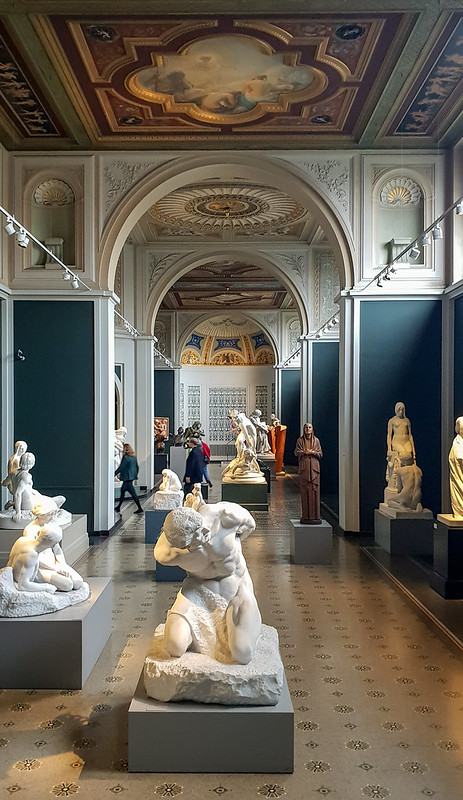 After the museum, I picked up a few supplies and then headed back to the hotel. The thing about travelling in November in Europe is, yes there are fewer people but the sun also sets very early – about 4.30pm! And I don’t really like being out after dark in a place I am not too familiar with (it’s only really taken until my last trip to London to feel like I can wander around there at night).

The next day I headed toward the museum again because that is the Stop #2 on the Hop on Hop off Bus (hoho bus) route and I was heading to Stop #10 – the Gefion Fountain. The fountain, unfortunately wasn’t working but it is located near part of the harbour so I wandered down there as well before getting the next hoho bus to Tivoli Gardens. 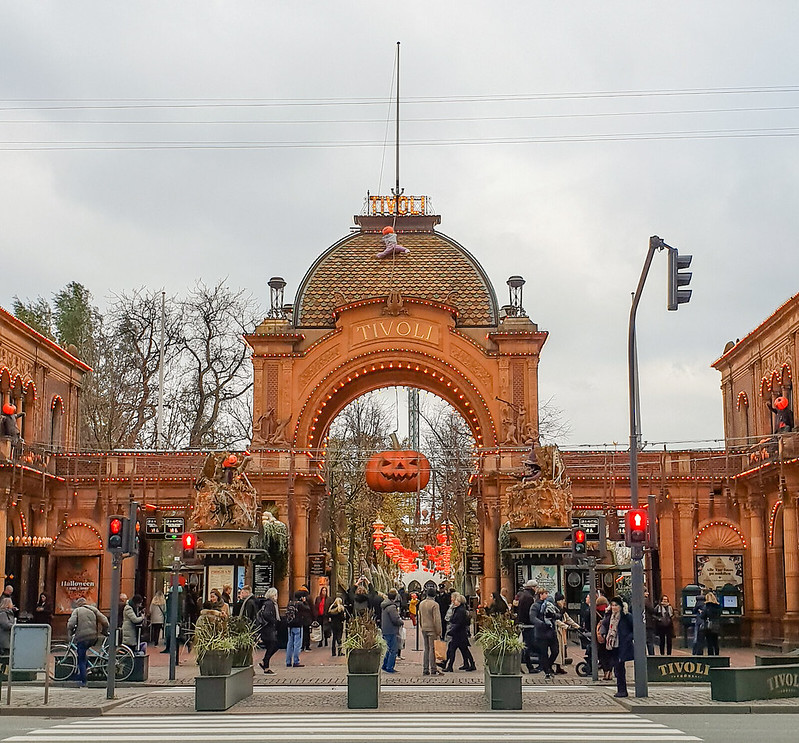 Tivoli Gardens are the 2nd oldest amusement park in the world and are celebrating their 175th anniversary this year. I didn’t really know what to expect but they had a Halloween theme going and if last year’s photos were anything to go by, it was going to be pretty cool. They definitely go all out on the decorating at Tivoli, there were pumpkins everywhere! It was pretty cool but I honestly don’t feel like I need to visit again. If I was with other people or did the rides, maybe it would have been better but I basically just wandered around taking photos. I had planned to take some after dark photos but I was starting to get pretty cold and after about 3pm, the crowds started to arrive. So I headed back to the hotel. 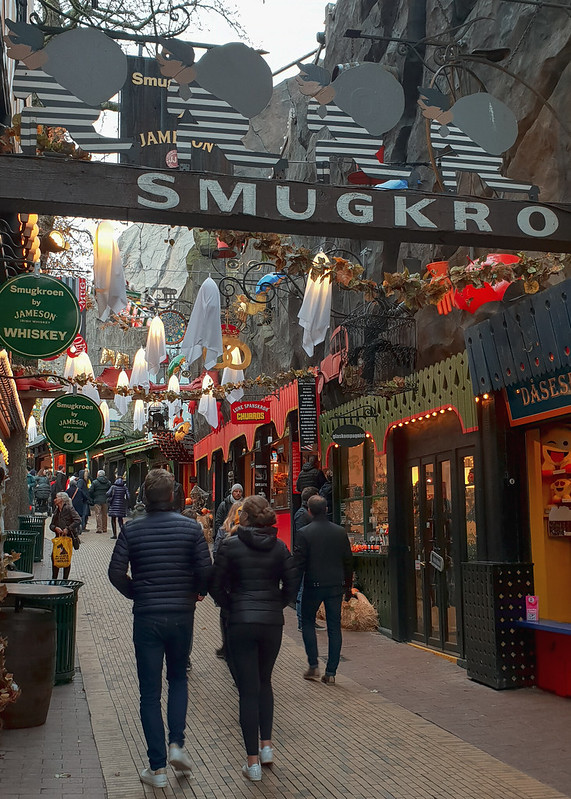 It was time to go home

The next day I actually didn’t do anything at all, except to head down to the local store and pick up some tissues and Strepsils.. I had picked up a cold as a souvenir! I didn’t have a very good sleep so I just decided that it was best for me to have a rest day instead of pushing myself.

On my last day in Copenhagen I still had the hoho bus ticket (you pay for 24 hours and get 72 hours) plus I had a canal tour to do as well. In hindsight, the canal tour was probably a bad idea for someone who had a cold but it was still pretty cool to see Copenhagen from a different angle. 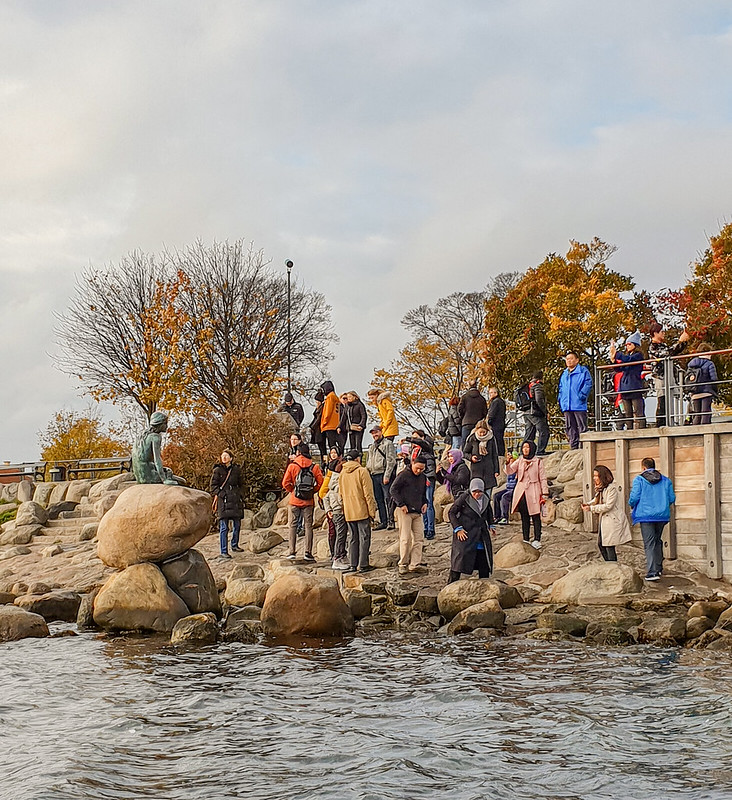 The Little Mermaid sure knows how to draw a crowd

Once I finished the bus/canal tour I decided to walk back to the hotel – about 20 minutes away, which is actually pretty huge for me. It was because I had seen something on Google Street maps that I had wanted to check out. I had gotten a glimpse on the canal tour and knew I had to go and have a proper look. It is actually a sculpture museum but I didn’t know that until after I had gotten back to the hotel – kind of wish I knew at the time. It is a place called Kongernes Lapidarium and the wall outside had this amazing ivy growing on it and sculptures in front of the wall.. it was very cool! 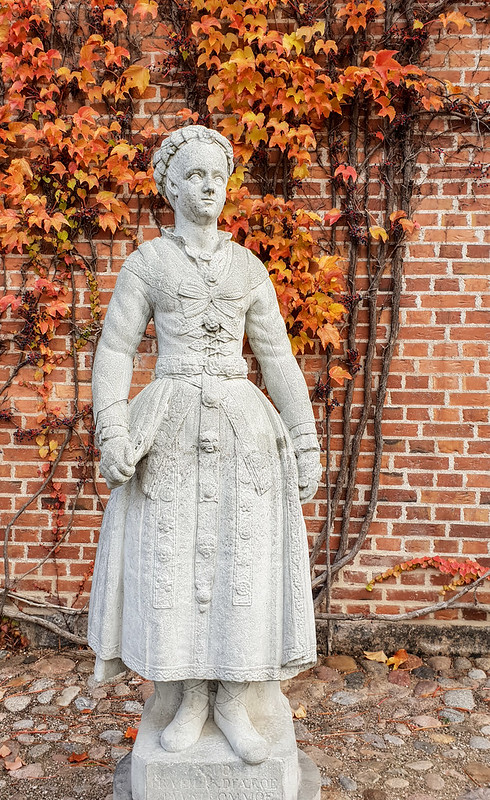 After that I made my way back to the hotel via a burger place and that was pretty much the Copenhagen part of the trip over.

Hotel: Cabinn City
Pros:
– 8-10 minute walk from Central station & Tivoli Gardens
– 1 block from the Ny Carlsberg Glyptotek and Stop 2 on the hoho bus route
– Located next to the police station 😉

Cons:
– The beds were so narrow I thought I was going to fall off every time I turned over
– I could not, for the life of me, figure out the shower tap without having the sink tab on at the same time!

Oh and I should also show you a photo that I think is probably the best of the whole trip – even though I only took it on my 2nd day, I am that confident: 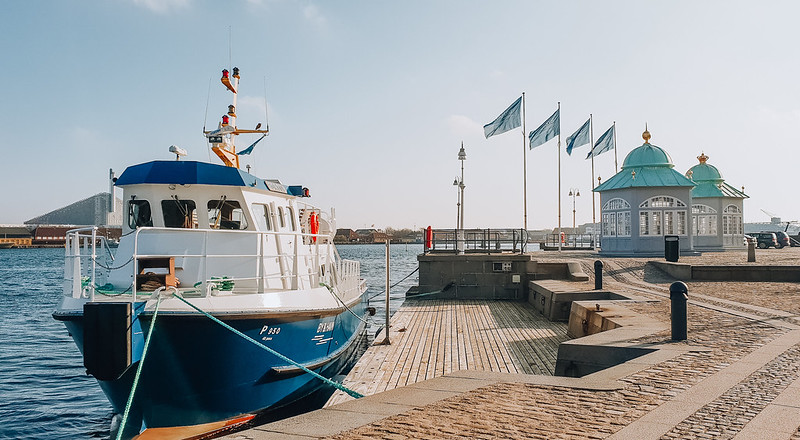 I love everything about this photo – fun fact, those little buildings are actually where the Royal Family wait before getting on a boat to their Yacht on the other side of the harbour

Want some more photos? Ok, here are some for you: 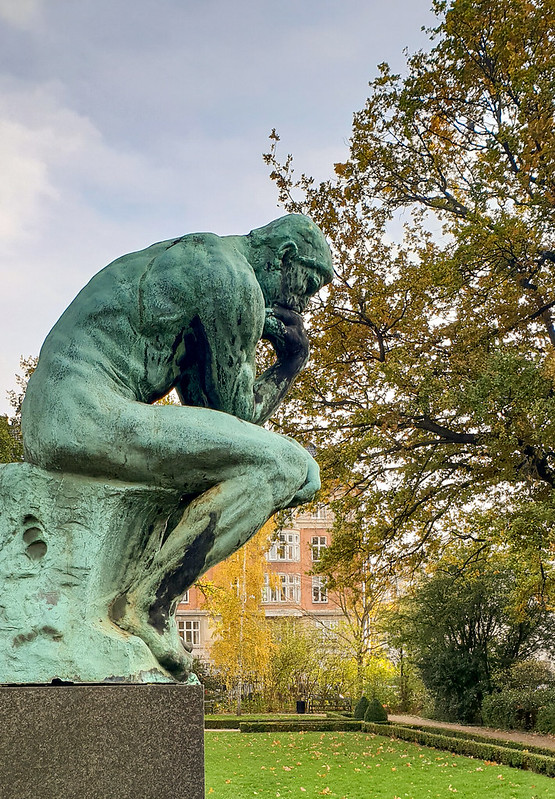 The Thinker, in the gardens of the Glyptotek. A favourite sculpture of mine 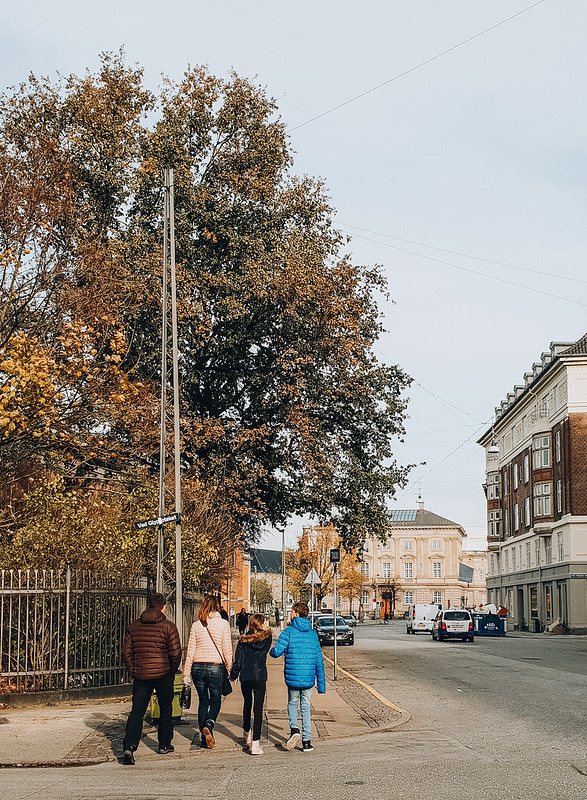 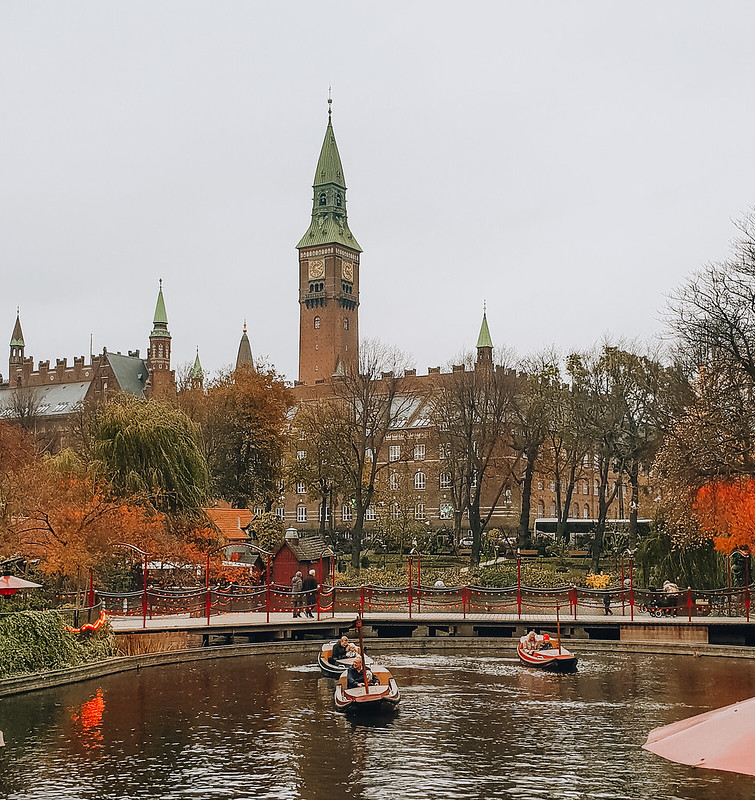 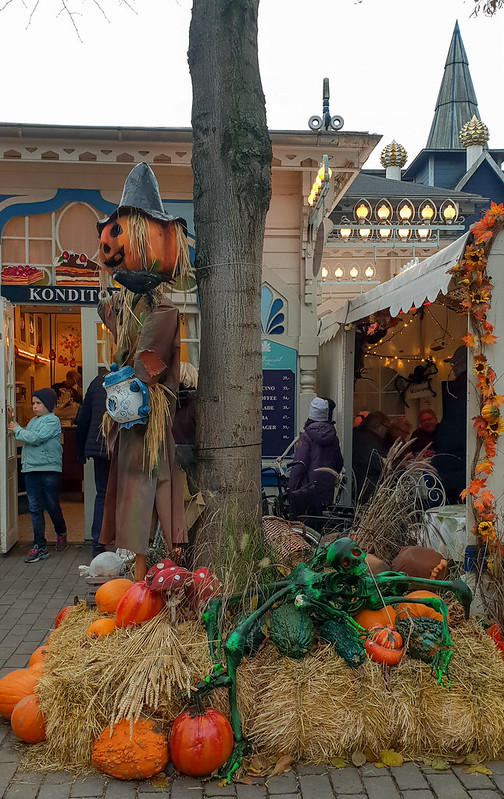 Tivoli Gardens sure know how to do Halloween 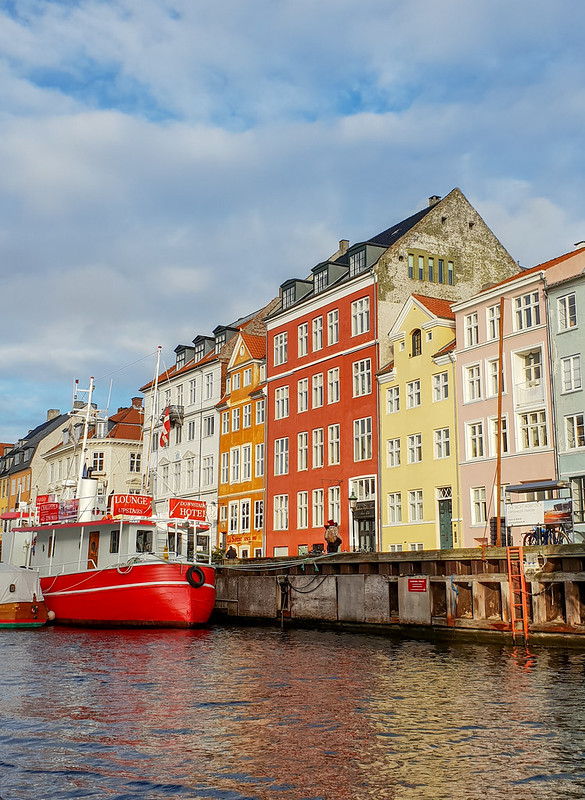 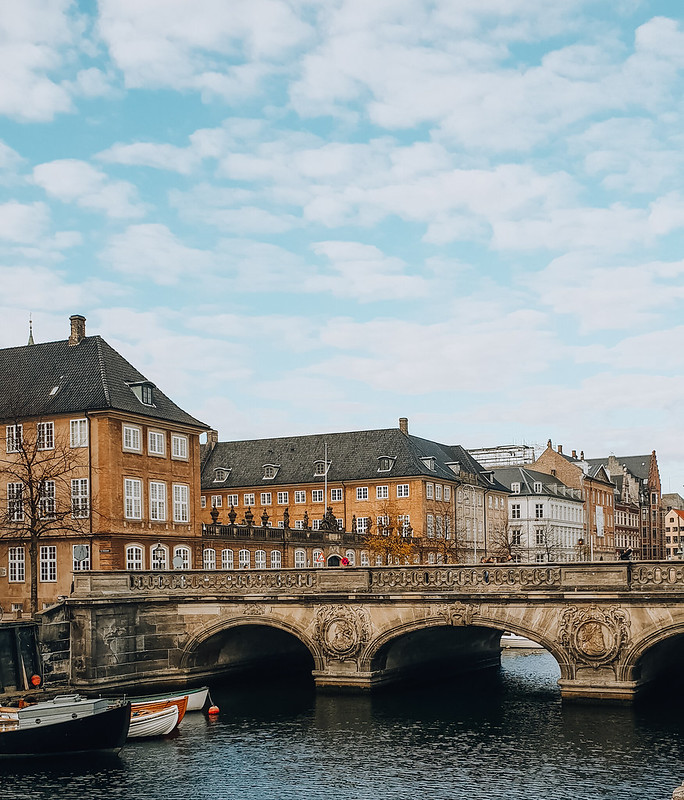 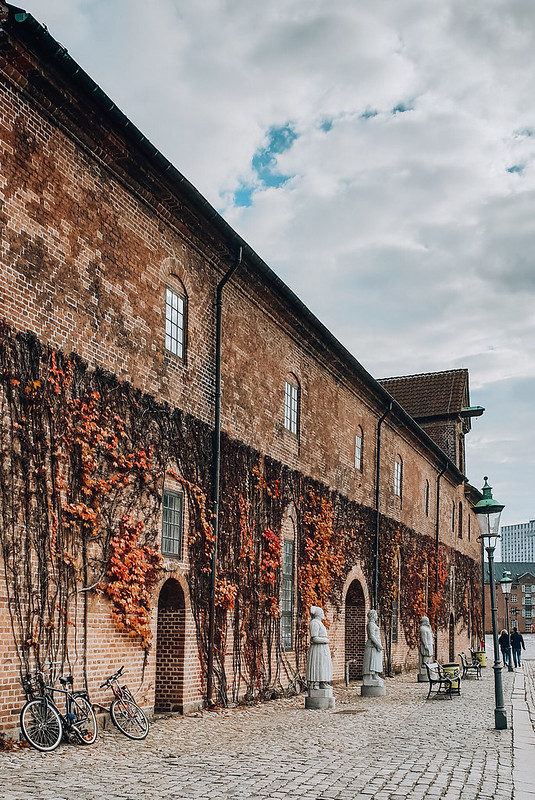 I am now currently in Würzburg and it is about the middle of my trip. I still have an update for Helsingor and Hamburg to do but judging by how long it took to do this one, I wouldn’t hold my breath haha