It was Brisbane Open House this past weekend and I didn’t end up going anywhere because it was pretty much raining the whole weekend – actually it’s still raining and doesn’t look like it is going to stop any time soon.

I basically spent Saturday sitting on the sofa with my duvet and snacks watching the Die Hard movies – I don’t know what it is about the original movies but they are damn classics. I didn’t actually know Bruce Willis had made another one in 2013, which was ok but you can definitely tell the difference in the action sequences – not so actiony for old Brucey.

On Sunday I headed down to my nieces for the usual standing weekly appointment with my great, great-niece – who, incidentally, turns 3 months old today. Always fun hanging out with the family and we got her a new toy, which she loves so that was extra fun. I’ve been taking a series of ‘weekly’ photos of her but this week was the last one – because the cards I was using actually ran out at 11 weeks old today, so I made my own version for the final 12 week photo. We’ve decided that we will now do a monthly photo shoot instead.

That’s not to say there won’t be more photos like this of course!

I detoured on the way home to go find some Jacarandas because it is #purpleseason here at the moment. It’s so weird that we make such a fuss over a tree that only blooms for a few weeks ever year. This is a major issue because you’ll be driving around the city and spot some good trees but because you are in the middle of going somewhere or have other plans you think you’ll go back – but you don’t. Or you do and it might be a week later when all the flowers have actually gone.

The thing with Jacarandas is that they do not last too long!

Anyhoo – here are a few photos from what I did find yesterday (in the rain): 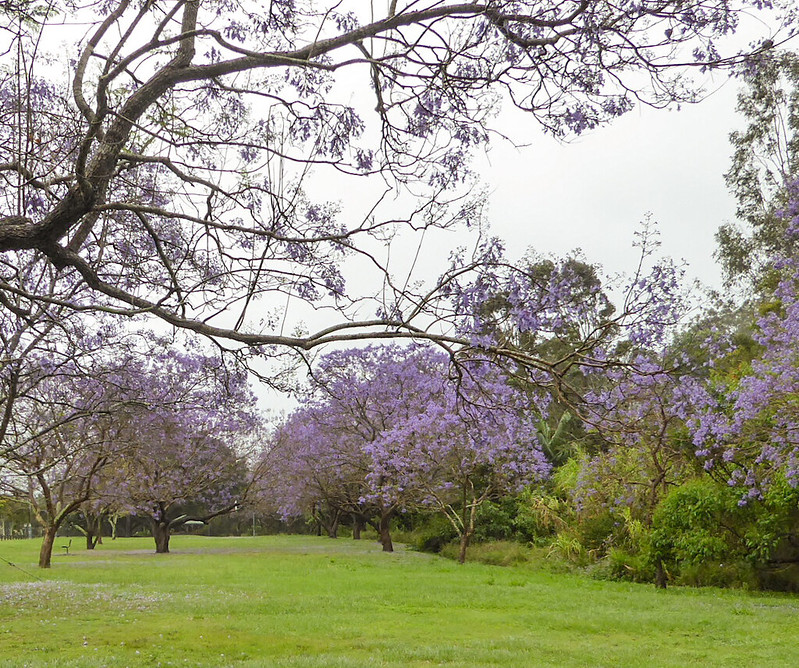 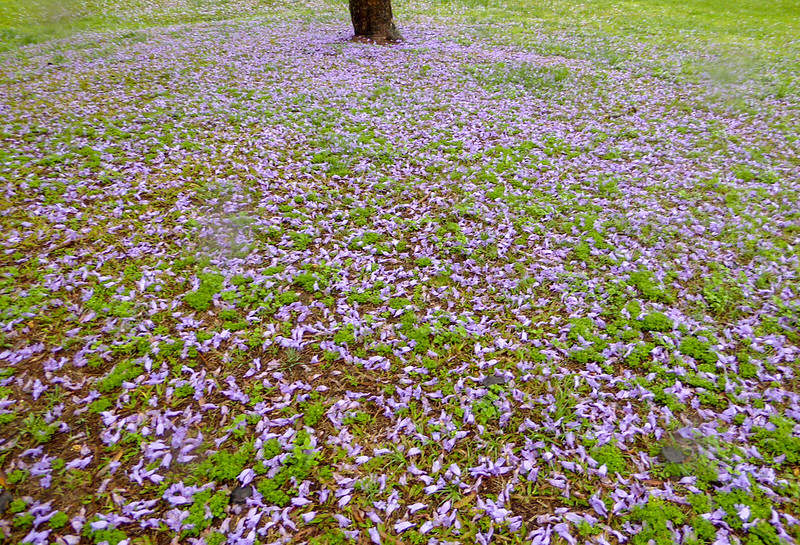 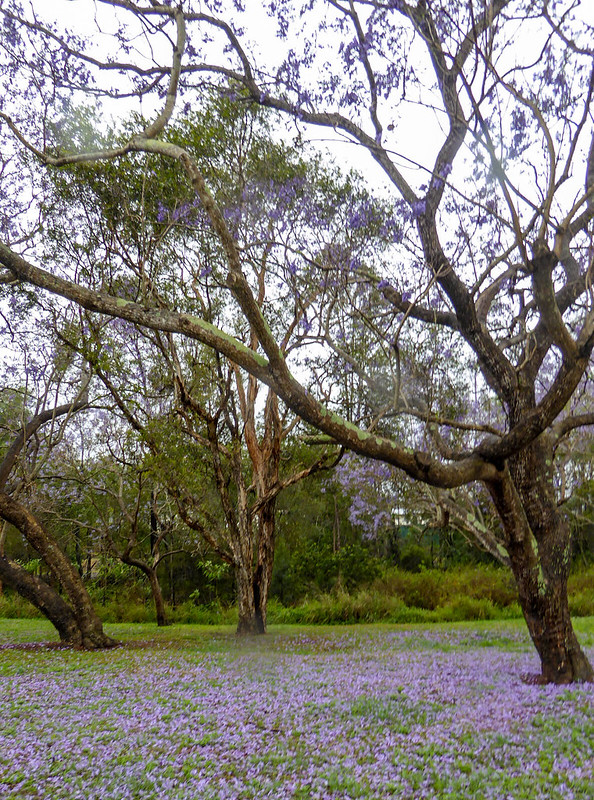 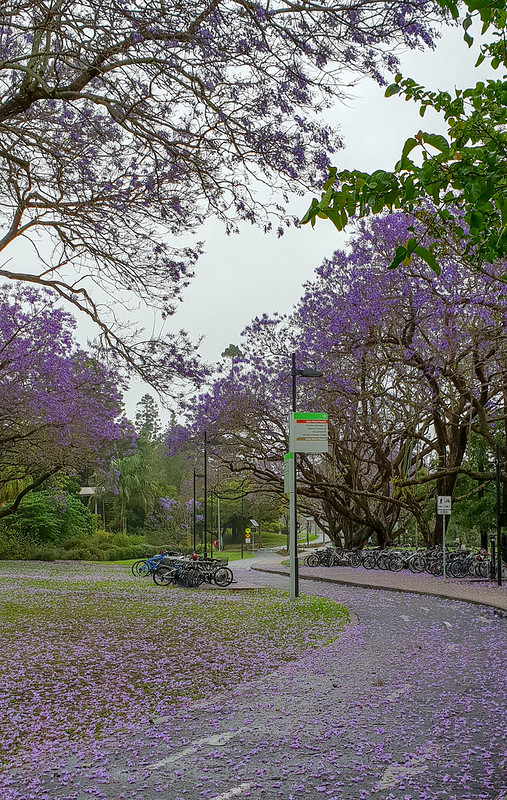 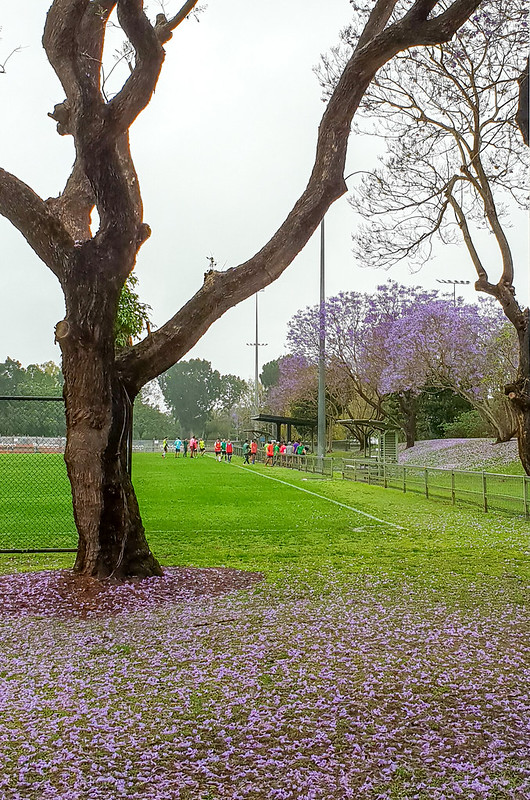 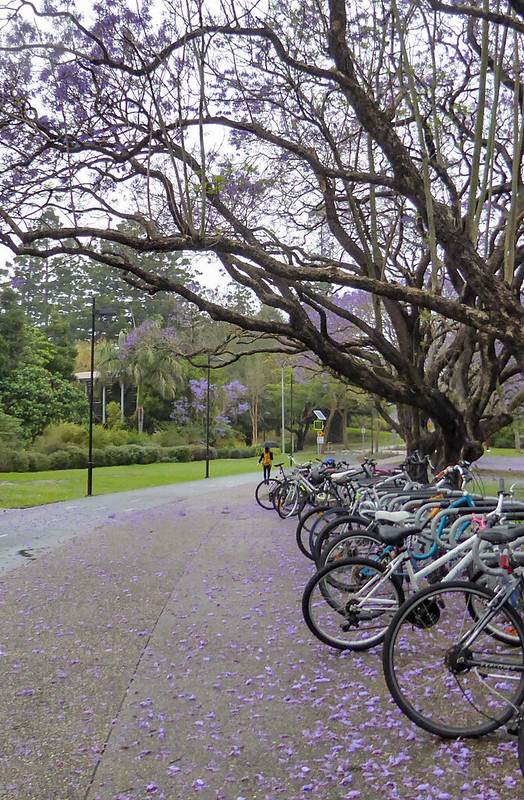 Only 2 weeks until I head off on my European Adventure. I have pretty much everything I want organised but I still feel like I am missing something. I am probably not but it doesn’t make me feel much better.

Anyhoo, I thought I would just put a filler post out there. I am really hoping I will stick to my plan next month while I’m away but I always start out with good intentions and then lose the plot a wee way down the road.

I guess we will just have to wait & see.

4 thoughts on “The Weekend”