I am not a morning person.. or really a day person for that matter, but one morning I decided to head out for sunrise.

It was 4.30am one Saturday morning when I woke up to go to the loo. I came back to bed with a great idea… I decided to set my alarm for 5.30am, an hour later so that I could go to watch the sunset somewhere. After thinking about it for a little bit longer, I decided on Shorncliffe Pier, which is about 30 minutes drive from my house.

The original 351.5 metre Shorncliffe Pier was built in 1884 however after finding damage caused by marine borers it was pulled down and a new pier was rebuilt in 2014/2015 with the same length, width and alignment as the previous pier.

Throughout the day you will find people walking and running up and down the pier along with people fishing off the end of it. By the time I got to Shorncliffe, it was just after 6am and I was surprised to see a number of people already out & about. There was a bit of a nip in the air and the temp was around 9 degrees Celsius, which even for me was rather chilly but once the sun came up the temperature definitely did too.

I came home with about 100 photos and decided to try some different editing techniques with them. All photos were taken on my Samsung S9+ (because I forgot to take my other camera!) and were edited in Lightroom. I was actually really happy with these photos – something that doesn’t happen all that often to be honest, and I love how they came out. 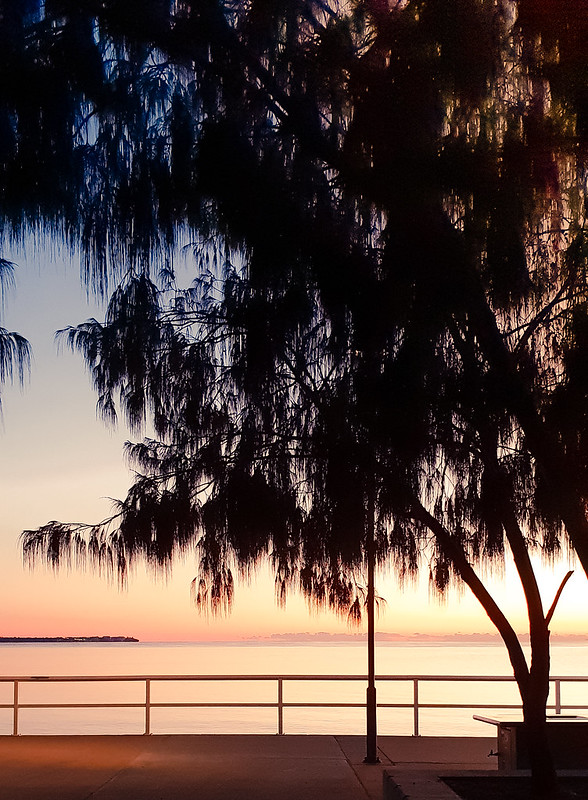 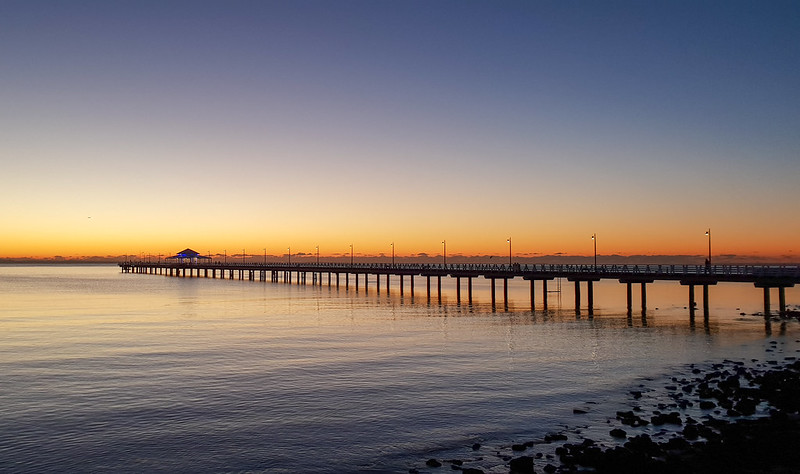 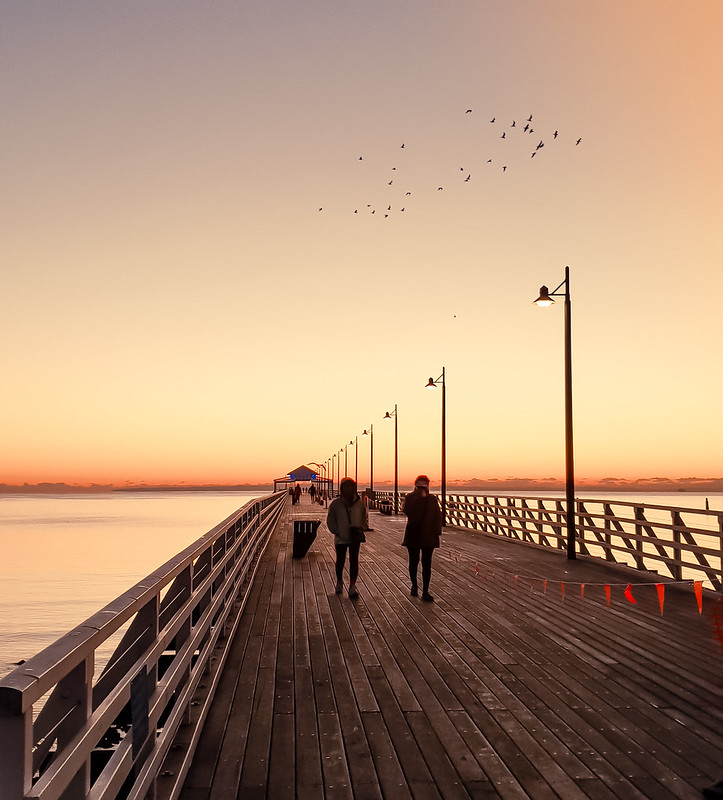 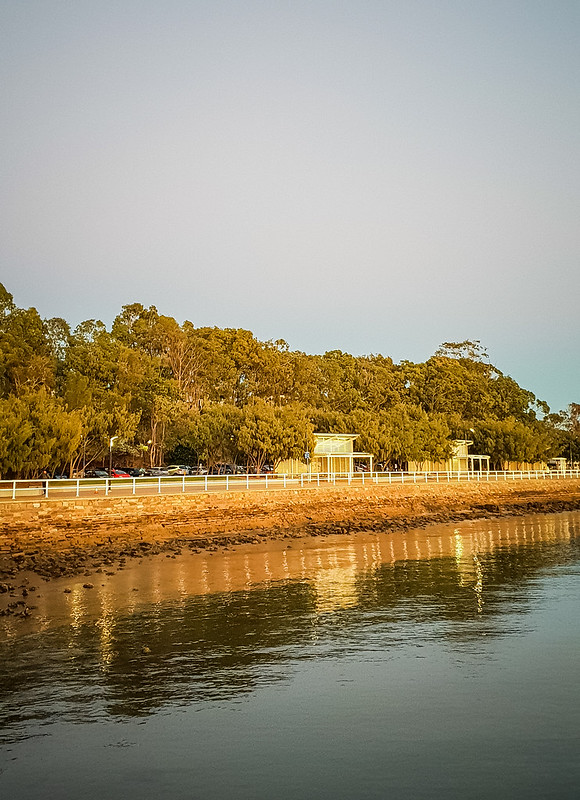 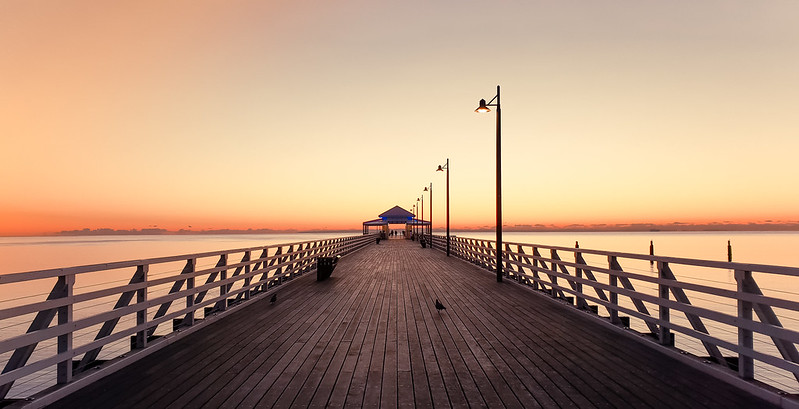 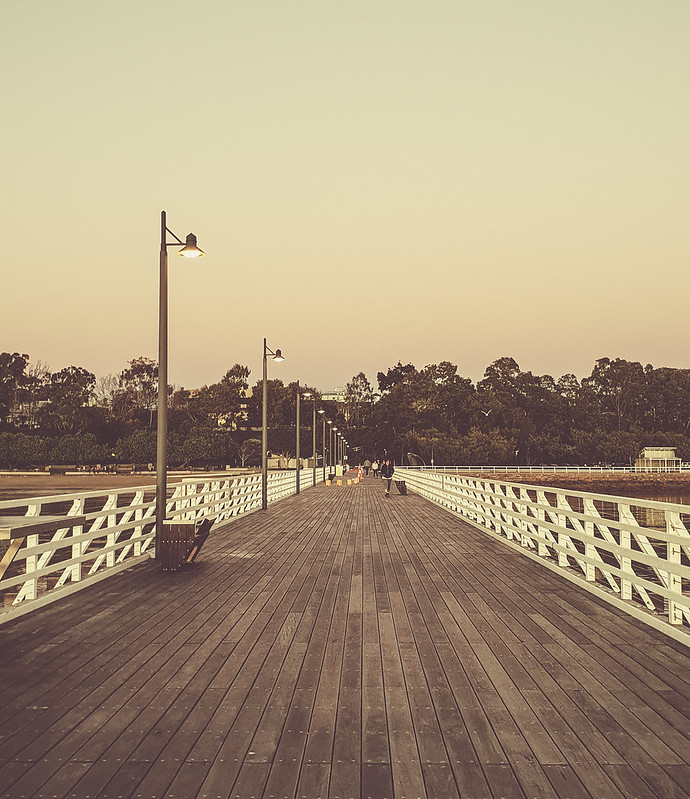 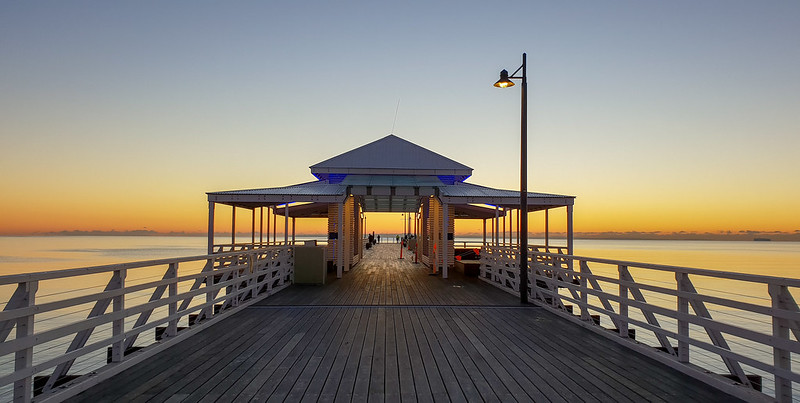 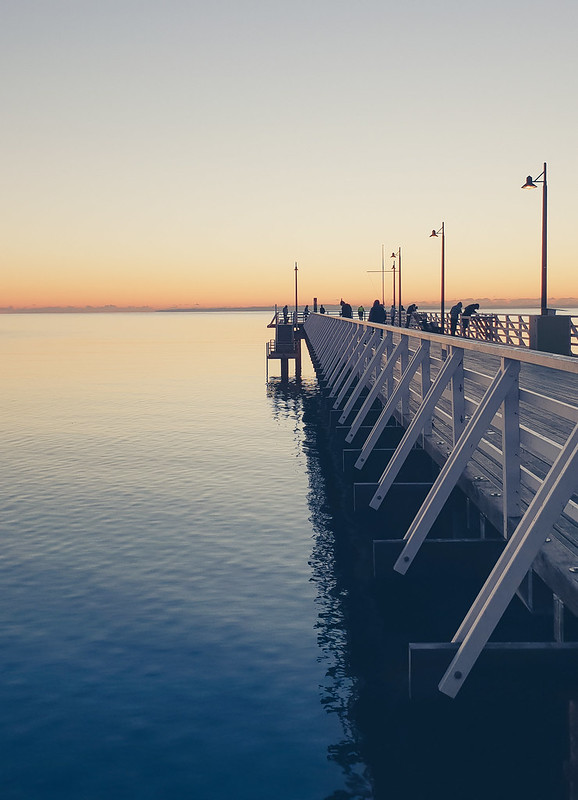 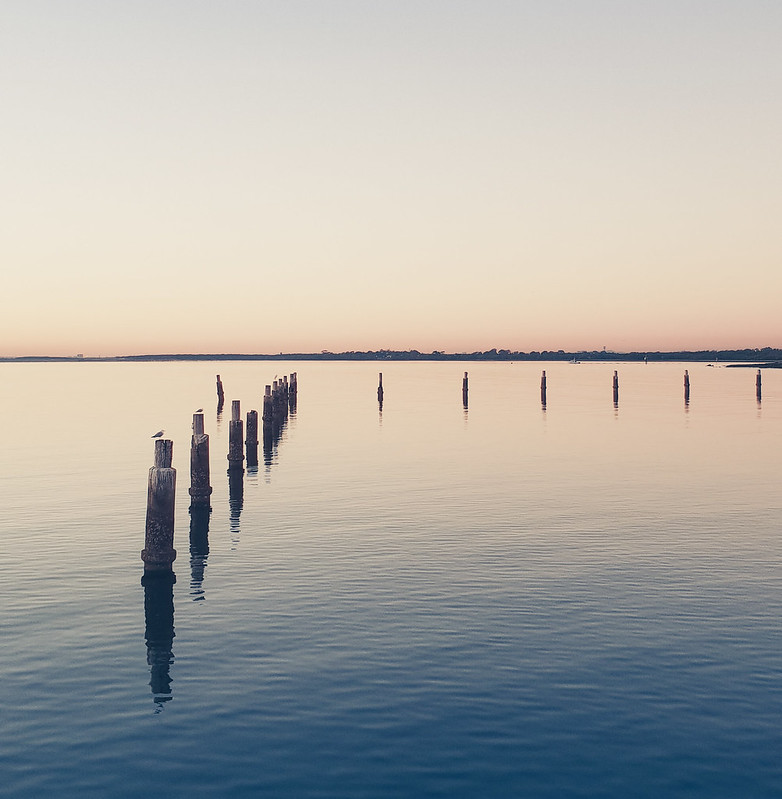 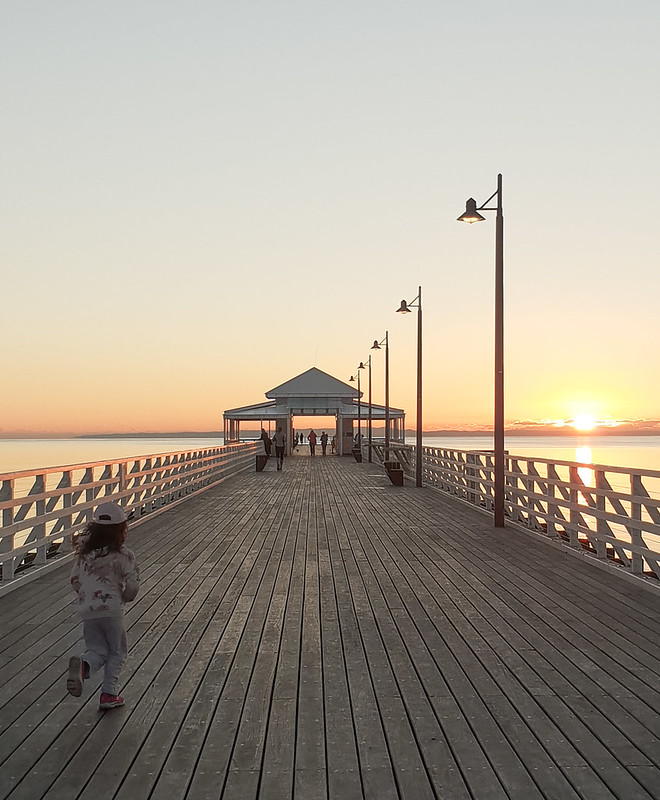 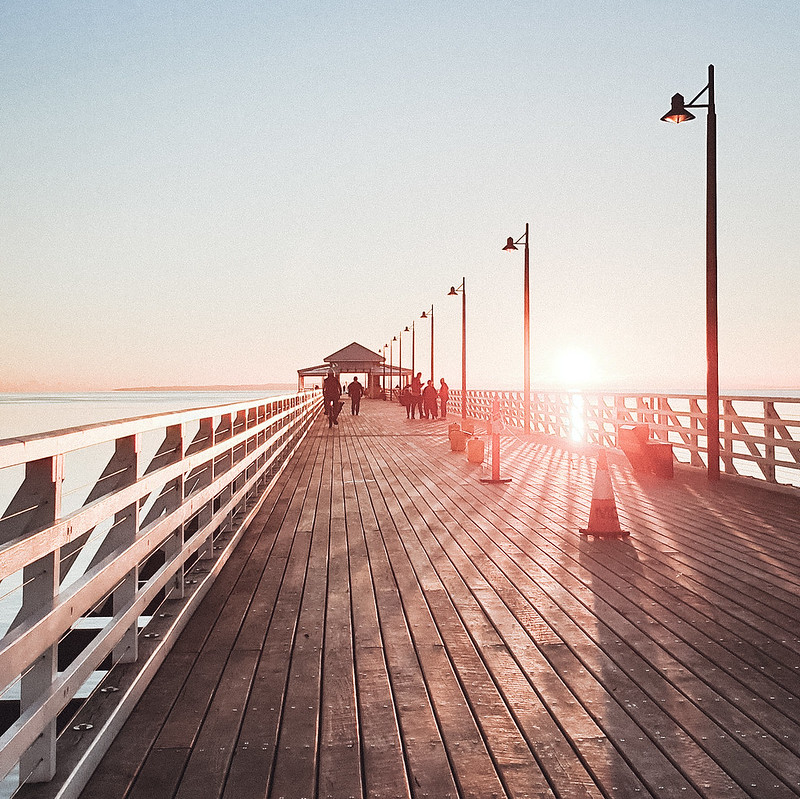 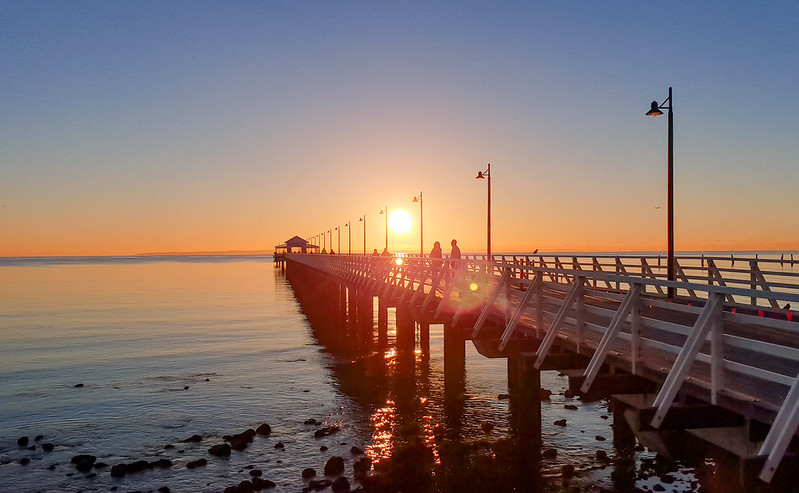 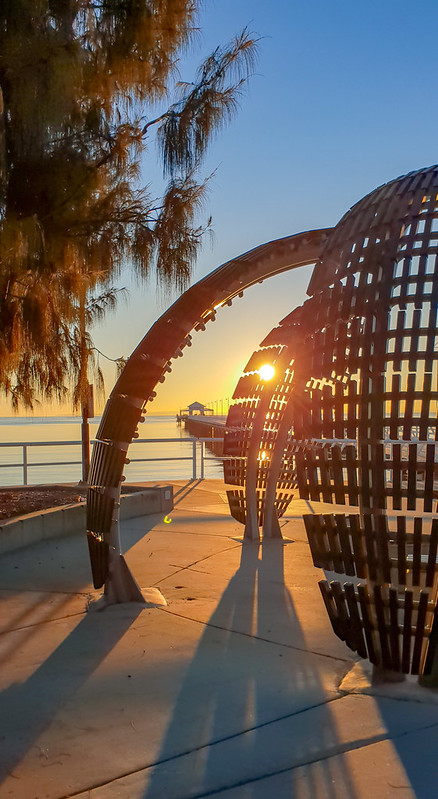 6 thoughts on “Sunrise At Shorncliffe Pier”