I guess I should start by saying I didn’t randomly come up with this idea, I actually found it on blog post from Jenny in Neverland and I decided to steal the idea for my own post. And without further adieu:

What do you think your life will look like in 10 years?

Probably pretty much the same as it is now – except I will be 10 years older.. profound I know!

If you could go back in time and change one thing, what would that be?

Man there are so much things I would change but I think the thing I REALLY would change is the fact that there are no photos of just me & dad. Neither of us really liked our photos being taken so there are very few photos of us together and none of just the two of us.

What’s the longest you have gone without sleep?

I have been known to pull an all nighter watching some random TV show. Oh and paid the price by sleeping most of the next day and being very tired for like a week afterwards.

Do you have any vacation plans coming up?

I have my big trip of the year happening in November – four weeks travelling by train through Europe. I will be going to a couple of places I have been before (Copenhagen & Hamburg) but I will be travelling to HEAPS of new places including Vienna, Prague & Munich, to name a few.

But before that I have a week in September where I traditionally go home for mum’s birthday but this year (with mum’s permission) I will be spending a week doing a road trip to New South Wales – which has turned into a bit of a Aussie’s Big Things Tour! You just know there will definitely be a blog post about me finding the Big Golden Guitar and the Big Bunch of Bananas!

If you could invent a holiday, what would it be?

What is the craziest thing you have ever done?

I don’t know if I’ve ever done anything crazy to be honest – actually what is the definition of ‘crazy’? I mean it could be seen as crazy to travel to the other side of the world & embark on a road trip in England or travel from London to Copenhagen via train.

Are you a risk taker? What is the biggest risk that you’ve taken?

The biggest risk I’ve ever taken was moving to another country – even though it was only from New Zealand to Australia, you’d be surprised what a culture shock it actually was at the time (and if I’m honest, sometimes it still is 15 years later!).

Would you rather have to sit all day or stand all day?

Sit but I probably need to be more active. Actually there is no ‘probably’ about it!

What would you be doing if you were not here right now?

Well I am at work right now (shhh don’t tell anyone!) so if I wasn’t here I would either be at home wasting time binge watching TV (current show is White Collar in case you’re wondering but I am tag teaming that with Teen Wolf (don’t ask!) and New Girl) or driving around the city trying to find a good photo spot & getting frustrated because I can’t or because of traffic!

What things are you passionate about?

This question keeps coming up lately and I guess it is appropriate that it is my last random question.

I am passionate about the following things (in no particular order):

I feel like I should be more passionate about more things but that is really what my life revolves around.

And since I am passionate about taking photos I really should have a photo in here so here is a photo I took recently at the Brisbane suburb of Shorncliffe. I actually got up early one to catch the sunrise and boy am I glad I did because honestly, what a cracker!

The photo below was taken on Samsung S9+ and edited in Lightroom. I used a preset called Golden Hour and I love how it came out! 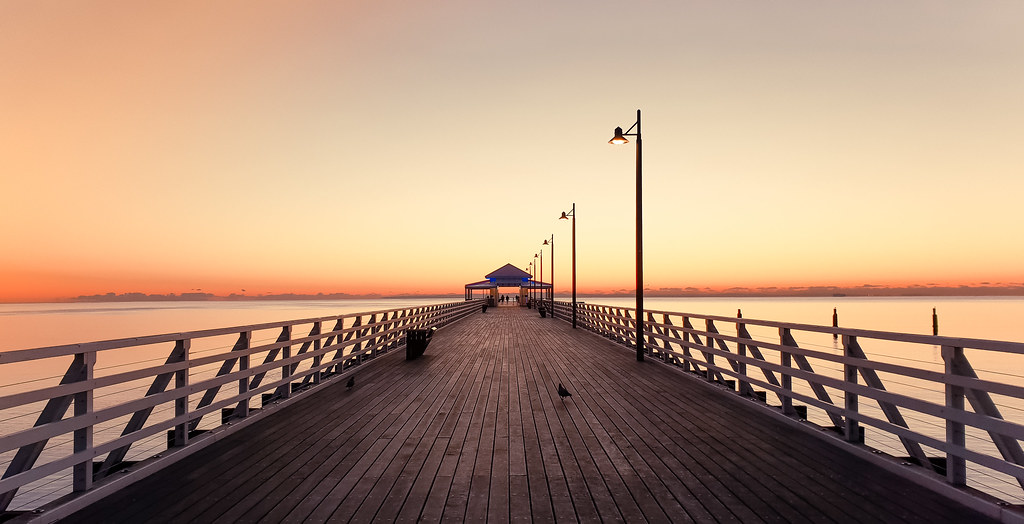