Ok so I admit, I am a crap blogger and I honestly have no reason why I haven’t written for a couple of weeks. But I did actually get up to a little bit last month so here is my monthly recap for May…

Home for the weekend

I love going home, there is just something so familiar about Christchurch even though every time I go the roads seem to be getting worse not better and there is sooooooo much construction going on. But it really does my soul good to go home, even if it is just for a few days.

This visit coincided with Mother’s Day which meant I got to hang out with some of the whanau (family). I have a very large family and the fact that on a 4 days weekend I managed to see 3 of my brothers and my sister is actually pretty impressive. I also hung out with two of my younger nieces, who are two of the cheekiest, crazy kids around and we always seem to have a massive giggle together. On this visit we spent ages playing with the crazy filters on my phone.

On this visit I also had a chance to head into the central city and go for a bit of a wander, if you haven’t already read all about it you can here and here. Suffice to say, autumn featured heavily in these photos. Autumn in Christchurch is seriously one of the prettiest times of year – in my humble opinion anyway. 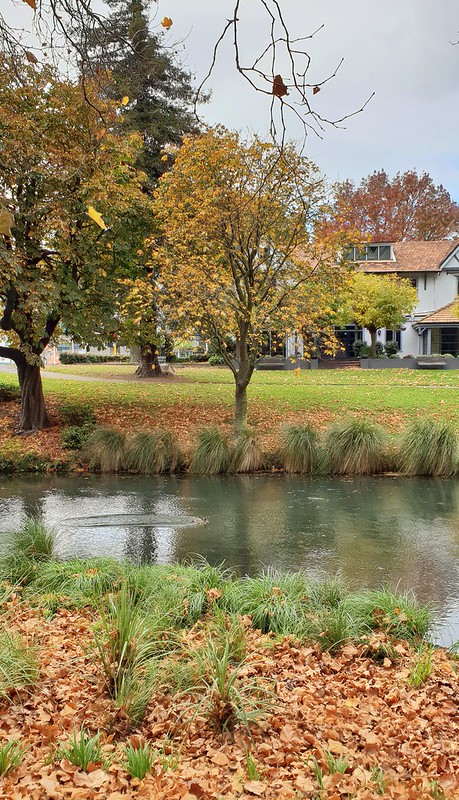 And no visit home is complete without checking out the street art scene. There was one new piece of art that I was particularly keen on seeing as I had seen it on social media a bit – this gorgeous piece by the artist known as Findac. 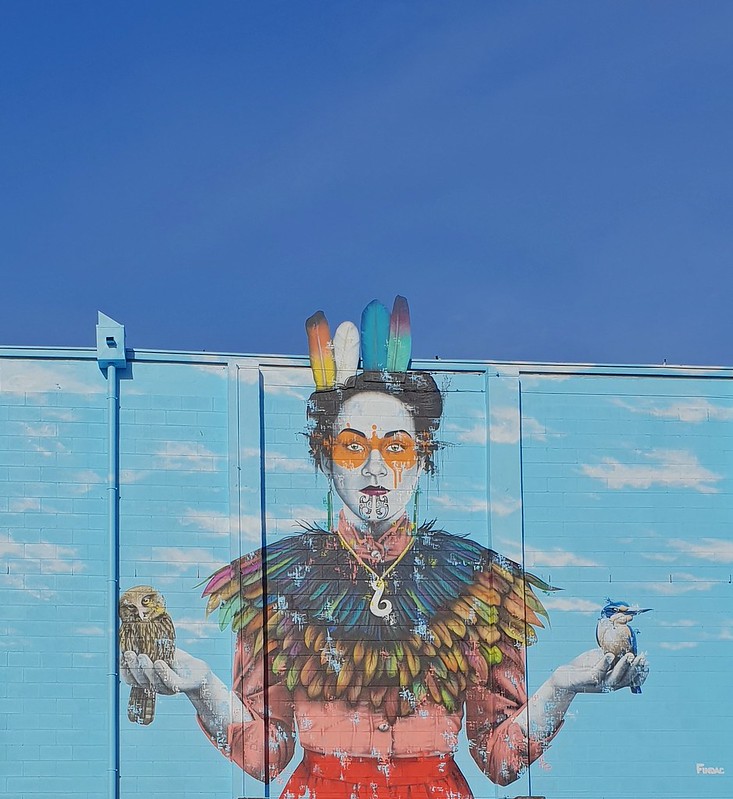 This artwork can be found at the YMCA building on Hereford Street, down next to the Botanical Gardens and is truly spectacular. On doing a little bit of research, I found that the inspiration behind the piece made it even more impressive.

This exert is taken from the Watch This Space website – which has a very cool interactive map on where to find street art in Christchurch.

The other thing that was cool about this photo is that there were mostly grey skies for the whole time I was out. I was in the car heading back home when I detoured to the YMCA, I stopped on the side of the road, wound down the window and took this shot. Because I was kind of in a hurry, I didn’t actually notice that the sky was blue.. flukey!

Other than a quick trip home, I headed for a short day trip out west of Brisbane on the 7th May. I did a quick write up about it here if you want to read about it.

I do like going for a drive but I also find that driving in Aussie is a little tough. I am use to changing scenery and roads that don’t seem to go on forever but a lot of Australia is flat land with straight roads – well a lot of Queensland is like that anyway. So I kind of struggled with driving here to be honest. But I will not let that deter me as I have plans for a trip down to the top of NSW in September, which I am pretty excited about. 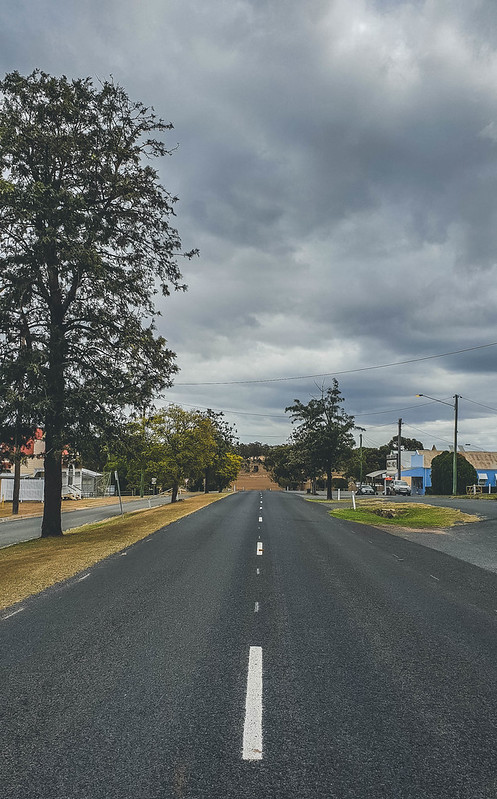 Middle of the road in small town Queensland

I’ve been trying to think of places I can go within Brisbane and am kind of struggling with it a little but one night I left work a bit early (like 10 minutes!) and headed up to the Mt Coot-tha Lookout, which offers amazing views over Brisbane.

<Travel Tip> if you are new to Brisbane or need to use a GPS to get anywhere, make sure you put ‘Mt Coot-tha Lookout’ in the GPS search and not just Mt Coot-tha. You will not reach your destination if you use just Mt Coot-tha because those two points are on very different sides of the hills.

The Mt Coot-tha Lookout is pretty cool – there is restaurant and cafe up there as well and the views, which give you about a 180 degree perspective, are pretty good at any time of day. I found that on a weekday evening around 5pm the crowds weren’t too bad but it can get a little busier on the weekends so timing your visit can make all the difference. 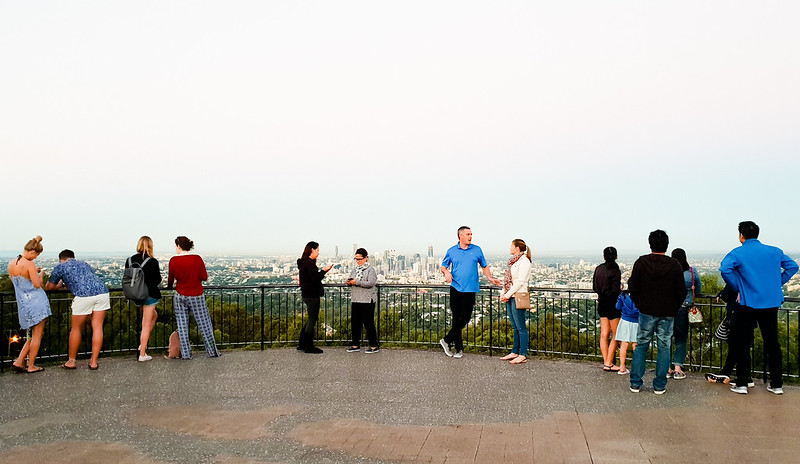 There is generally a few people checking out the view

I wasn’t sure if I was going to share this bit but I guess it was something that happened in May so it should be included in a May recap. The same day I went up to Mt Coot-tha, I was involved in an accident – I would also like to point out that it was not my fault. On my way home, a guy decided that he wanted to be in the same lane as me at the same time as me but he and his flatbed truck had some resistance from my car. Thankfully because of traffic we weren’t going the 70km speed limit at the time otherwise I imagine the damage to both the car & me would have been a bit worse!

It was a pretty scary moment to be honest but I did have the foresight to take his licence details (luckily he stopped) although he has not responded to the calls & letters from the insurance company which mean I had to pay the excess to have the car fixed.

I didn’t think I had been injured but a few days later I found I had a sore leg and a number of unexplained bruises – luckily nothing more serious. Big shout-out to Kedron Smash Repairs, who only took 3 days to fix the damage (just waiting on a new window to come) and to my boss who let me cry my eyes at on the phone to her after it happened and not laughing at me too much. Also to all those people who told me their horror stories of their brand new cars being damaged within days of getting them.

I have been going to my niece’s a lot more since I have a car – she lives about 35 minutes from me on the motorway but when I was just on public transport it could take up to about 2 hours so I didn’t tend to go down as much as I should have. Now I am driving, I have been down a few times and even took some photos of her fairy garden – she’s in her 40’s but I reckon if you enjoy something, then who is to say it’s wrong. Unless of course you are doing something legal!

Plus her garden is super cute & photogenic now so it was cool wandering around seeing all the different things she has scattered around the place. 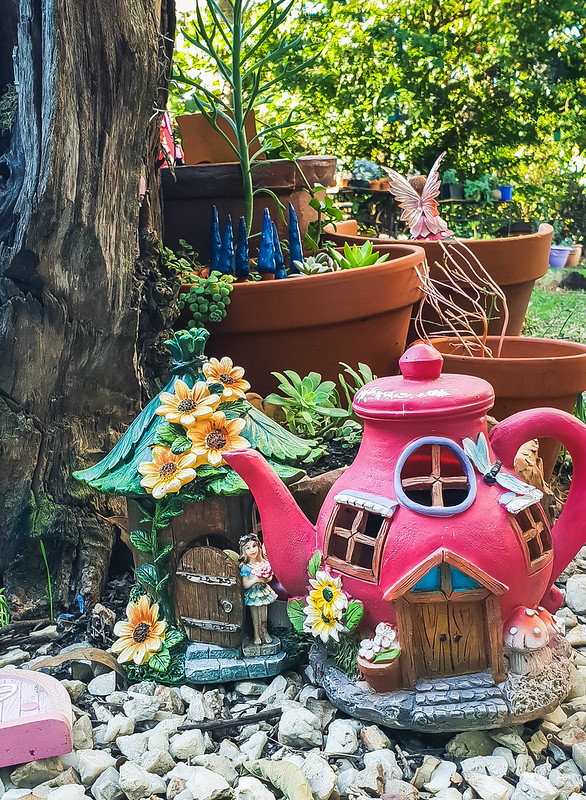 Cute as fairy garden – well part of it. My niece has done A LOT in her backyard!

Driving back to my place from my visits at my niece’s place I have started to do a couple of detours in the city. One afternoon I headed up to Kangaroo Point cliffs where you get an awesome view over the city and Brisbane River.

Another afternoon I went to Wilson’s Point, which looks towards the city but has the Story Bridge in the forefront of the view. I had planned to get there for sunset but I didn’t realise that at this time of year the sun doesn’t set where I thought it would – behind the buildings, it actually sets behind me! So that didn’t work out that well but I still had a nice view. 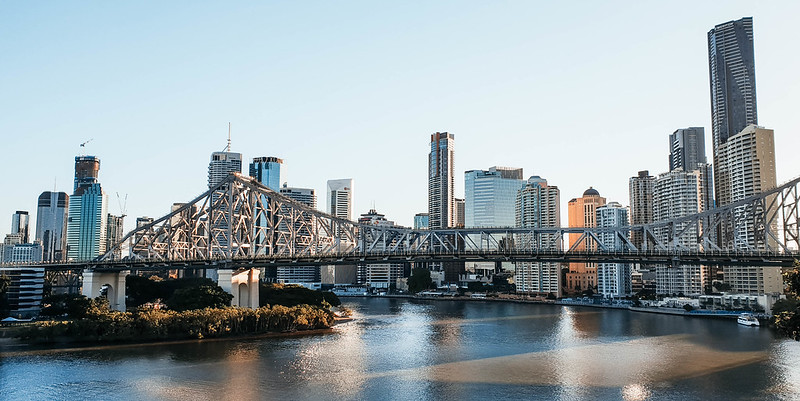 A different view of the city

I also went to a concert – I know, two concerts within a month – I am literally that cool! Ok so maybe not because it will probably be a wee while before I go to my next one so I have to make the most of it now.

Who did I see? Well I am glad you asked.. I went with a friend to see Imagine Dragons – just one of my favourite bands. I had seen them a few years ago in a very different venue, one that has only about a 1,200 capacity. This time it was just me and 13,500 of my closest friends. 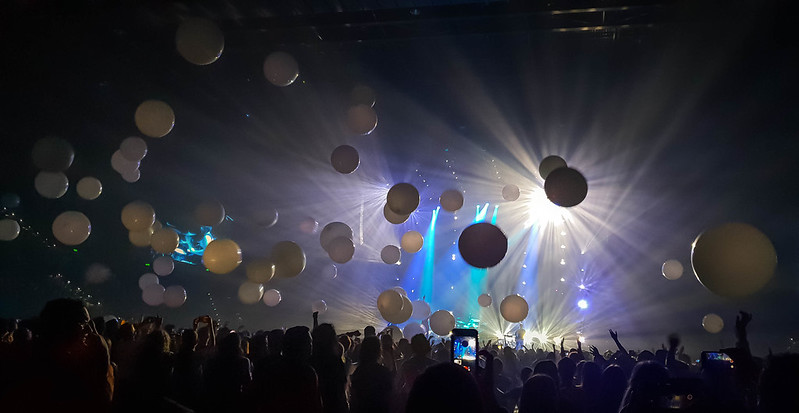 Such an amazing concert. The lighting & atmosphere were amazing

The band played some of their old songs like Demons and On Top of the World, plus stuff from their new album Evolve, which to be honest I hadn’t really listened to but it was still entertaining. The lighting was definitely on point and the highlight came when they did a 3 song acoustic set right next to our seats, during which the lead singer Dan Reynolds did a bit of a walkabout, came past us and touched out hands – major fangirl moment right there! 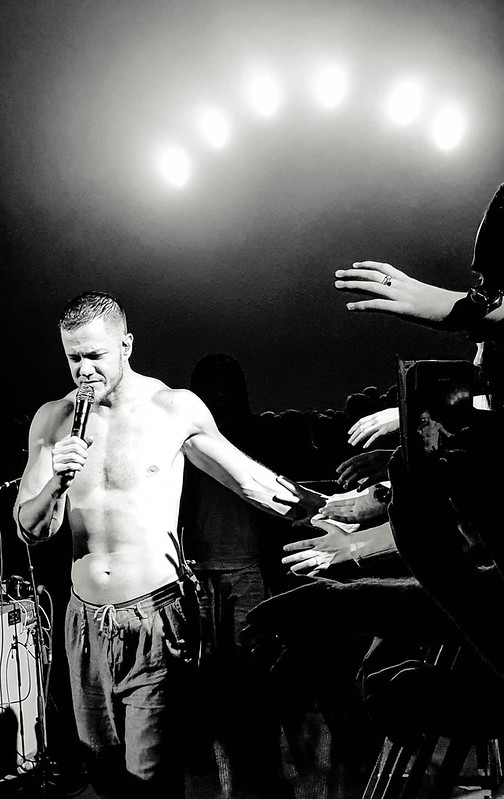 Moments before Dan Reynolds touched me

Their support act was Aussie band, The Temper Trap – who were actually very, very awesome and they ended up with a new fan by the end of their set.

What’s Coming Up in June?

Not a heck of a lot if I’m honest. I have my great niece’s baby shower and I will be working 12 days in a row later in June because of the end of financial year here in Australia, but other than that just my normal every day life. 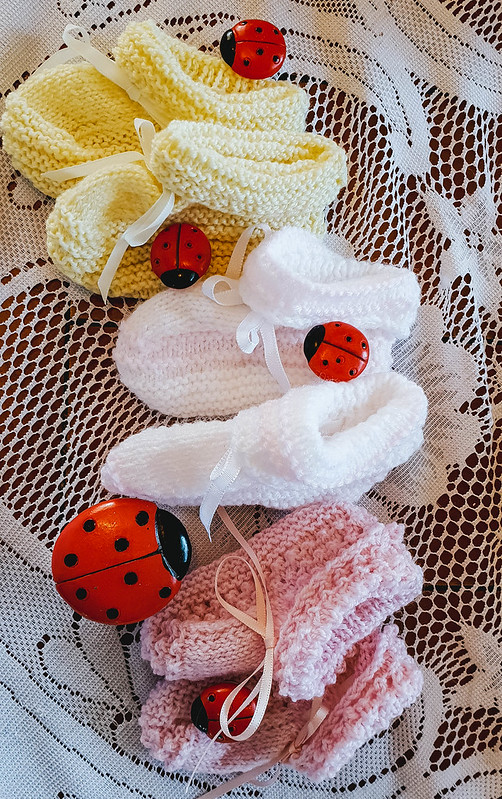 I really want to explore more of the city so am trying to find cool places in Brisbane I can visit but I am severely lacking inspirations. I might have to do some Googling and see what is around this city so my June recap is a bit more exciting.

So what did you get up to in May? Anything exciting?

3 thoughts on “Goodbye May…”