Standing on the balcony of our 25th floor apartment in Melbourne, we could see the Queen Victoria Markets. Just beyond that was a church, one that seemed to beckon me every day so on Day Six in Melbourne, that was my first destination. 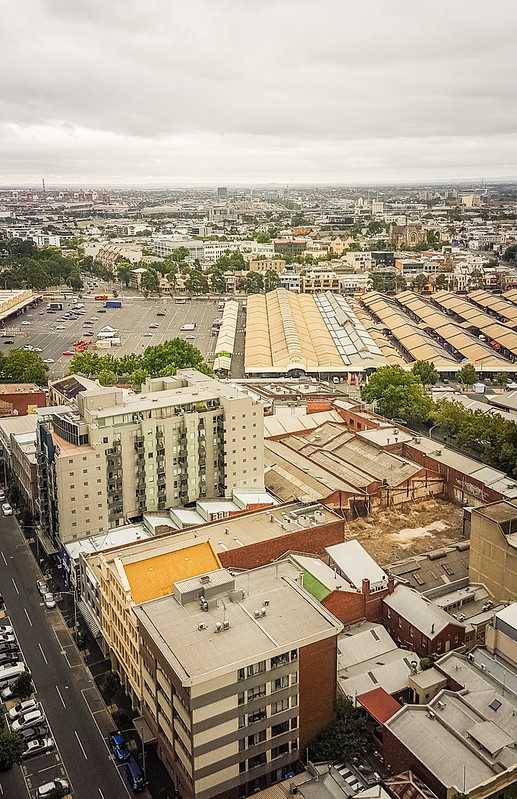 The view from our apartment. The Church is near the top of the photo on the right.

Even though St Mary Star of the Sea was a short walk away (about 10 minutes for most people!) I decided to jump on the tram from the Queen Victoria Market stop and head two stops away to the Victoria Street/Howard Street stop. From the outside the church looked kind of unassuming – don’t get me wrong, it looked perfectly lovely but it just looked like any other church. 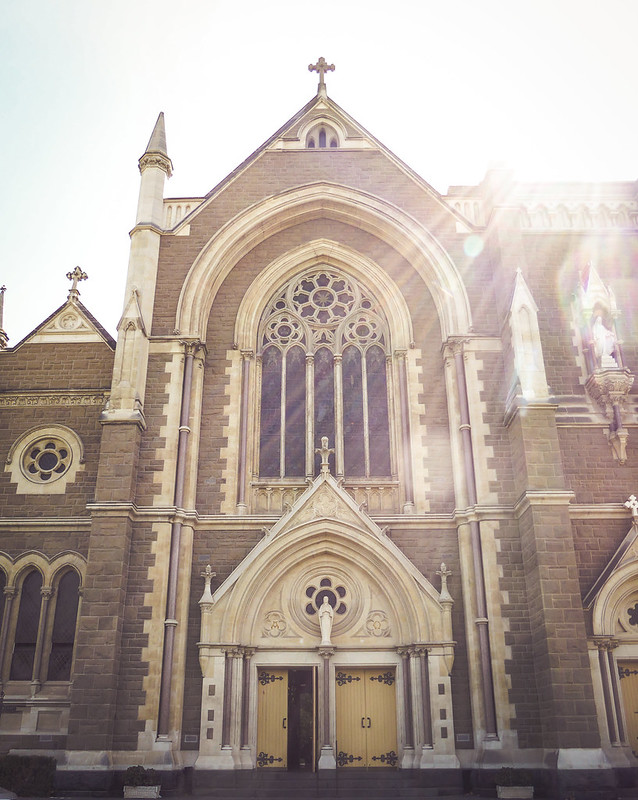 I did not plan those sun rays!

There have been a few times where I have walked into a church and had one of those “holy moly this place is insane” moments and that is just what happened when I walked inside St Mary’s. I didn’t really want to stick around too long because the first thing I noticed was that there were no people wandering around looking at the building like you find in a lot of other churches and cathedrals. Nope, there were just a handful of parishioners and a priest or two praying. I kind of felt like I was intruding to be honest, but I had to snap a quick shot – not that my photo does any justice whatsoever to how this scene actually looked in person! 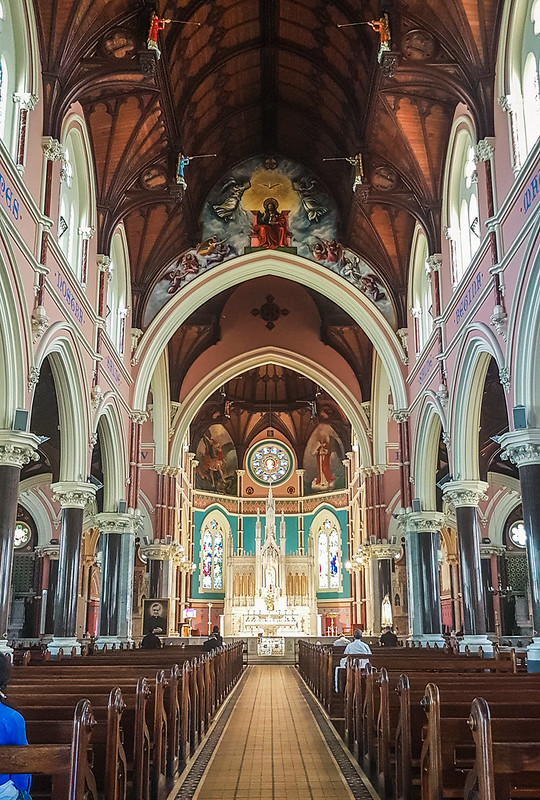 After I spent a few minutes inside St Mary’s I wandered outside. The plan was to head back to the apartment via Queen Victoria Markets, checking out some Melbourne Streets along the way.  I ended up stopping at the Royal Standard Hotel for a late lunch where I had the hugest chicken caesar salad known to man & listened to a group of older gentlemen talking over a few beers, about how more women need to be in higher paid jobs. 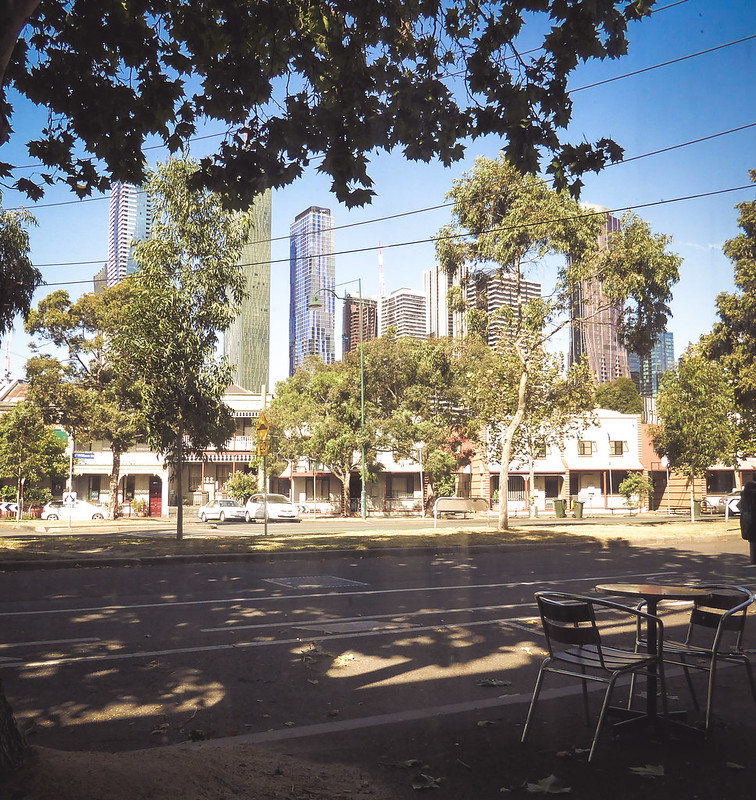 After lunch I headed towards the markets and came across some seriously gorgeous terrace houses so I spend a good 15-20 minutes photographing them from every which angle I could, trying to get a good shot (or a half decent one at least!) 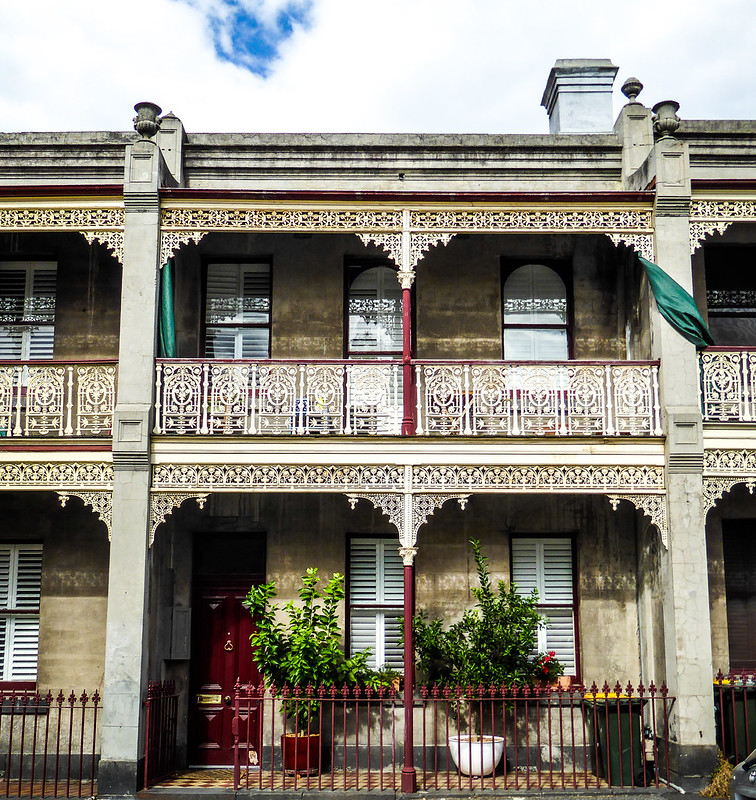 It amazes me in Melbourne that you can be in a street where you feel like you are in another world but you are really only a few minutes walk from the CBD. I really could have stayed in this area, wandering the streets for hours except that of course, my knees were beginning to protest. 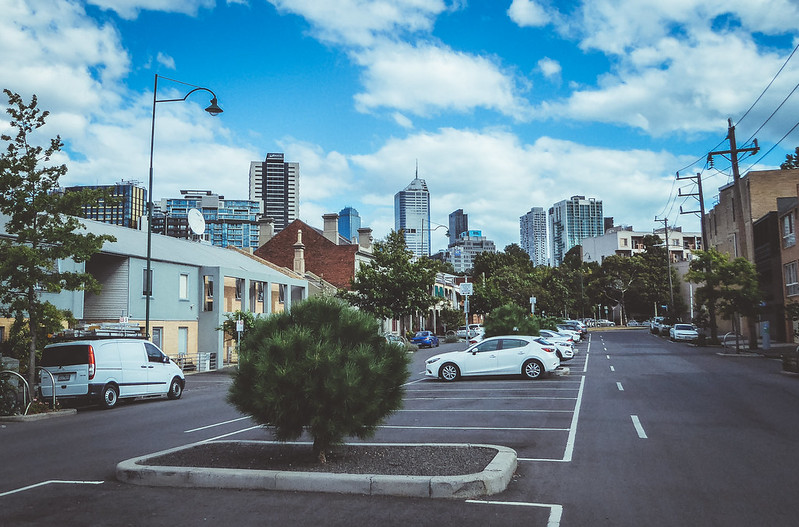 I headed into the Queen Victoria Markets, which were gearing up for their Wednesday Night Markets. There are a few stalls set up but the majority of vendors are food related and oh boy were the smells amazing! I didn’t taste any of it unfortunately because I had already had a late lunch & we were heading out for dinner that night but everything seriously smelled amazing! I picked up a couple of souvenirs and headed back to the apartment for a rest before going out that evening. 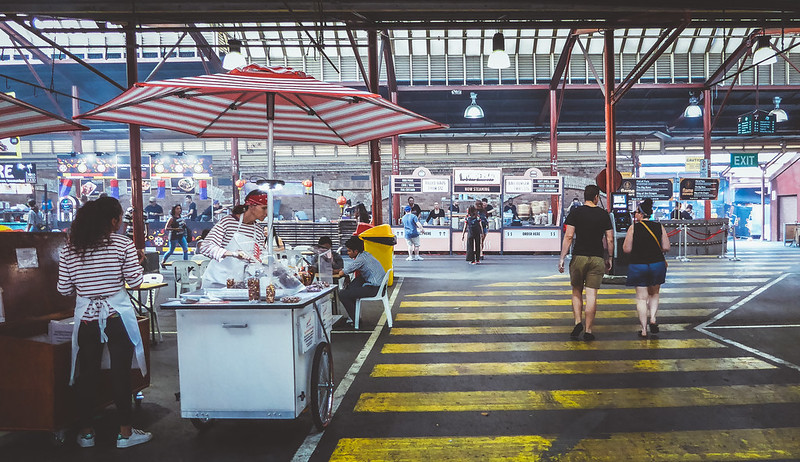 If only you could smell this photo (how awesome would that be!)

So Day Six was the 28th February which was also my niece’s birthday. Unfortunately she was not on this trip but her mother, daughter & myself were so we decided to go out for dinner to celebrate. I know, I know.. we are such caring people. We headed towards the Southbank area to see what we could find for dinner. We ended up at The Merrywell Restuarant & Bar, which serves American Style food for burgers & onion rings. 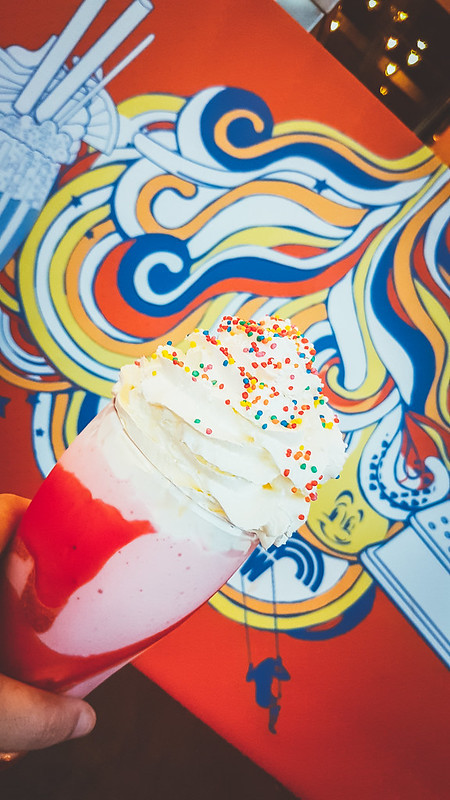 The birthday milkshake I had for my niece.. the things I do!

After dinner we headed into the Crown Casino and proceeded to lose money.. not a lot of money but we still lost. My sister & great-niece had gelato for dessert and we hung around Southbank for a few minutes to see the nightly show of flames coming out of these huge cylinder type columns that run down Southbank next to the river. Unfortunately all my night photos were crap so I don’t actually have any to show you. 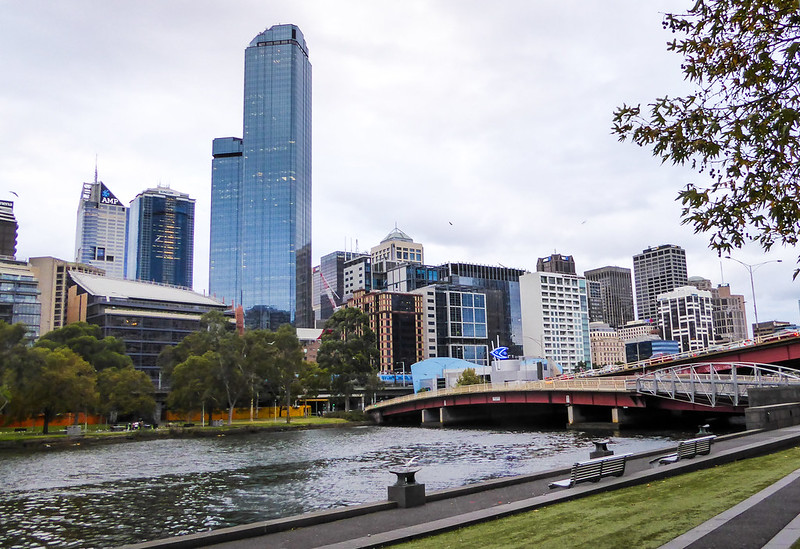 The view of Melbourne City & the Yarra River from Southbank

From there we jumped on the tram and headed back to the apartment. All in all, it was successful day – I did walk over 10,000 steps that day and I took lots of photos too! 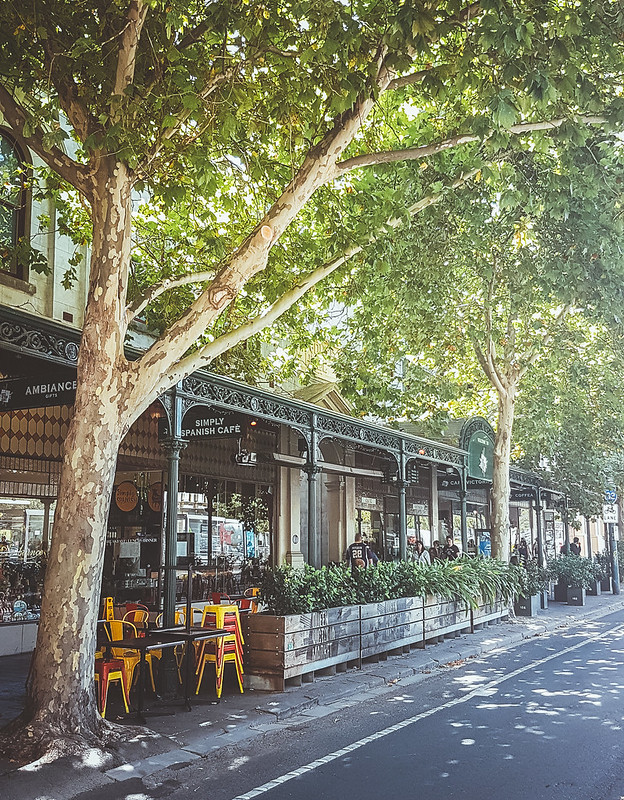 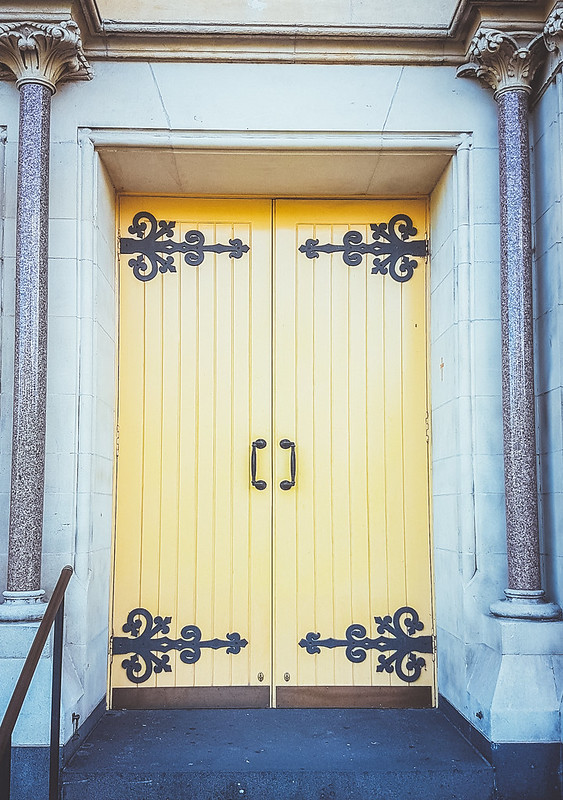 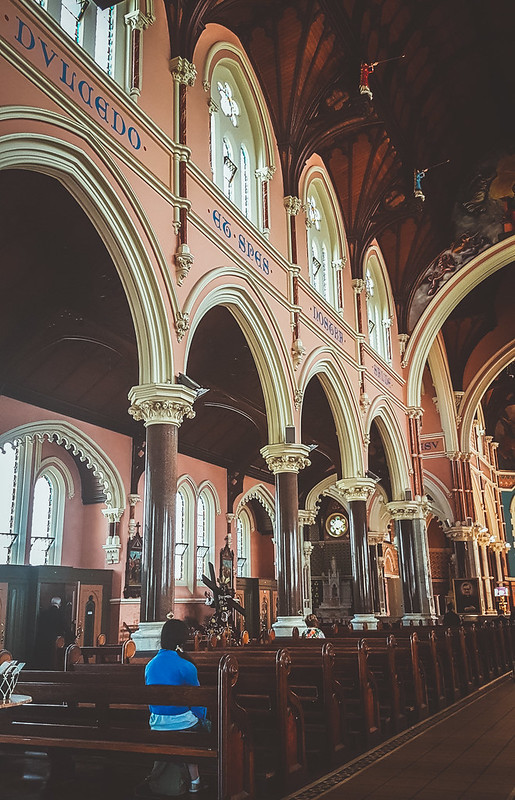 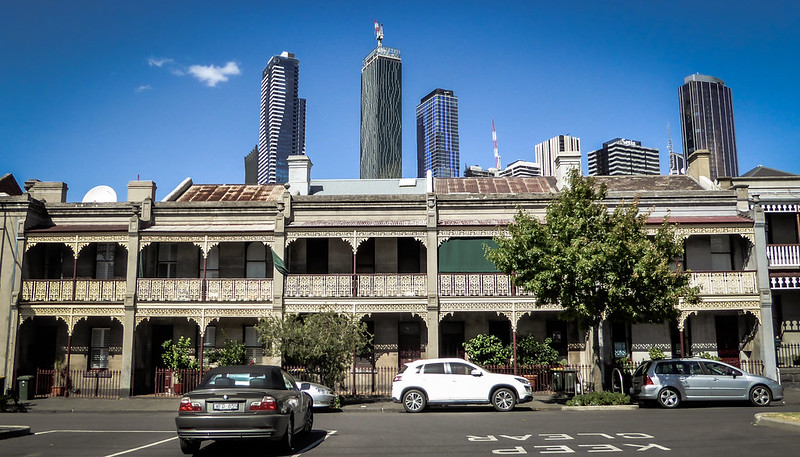 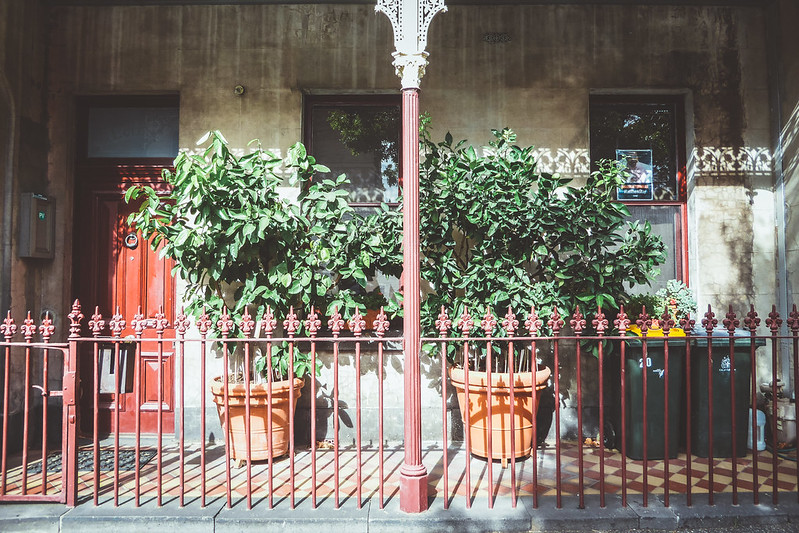 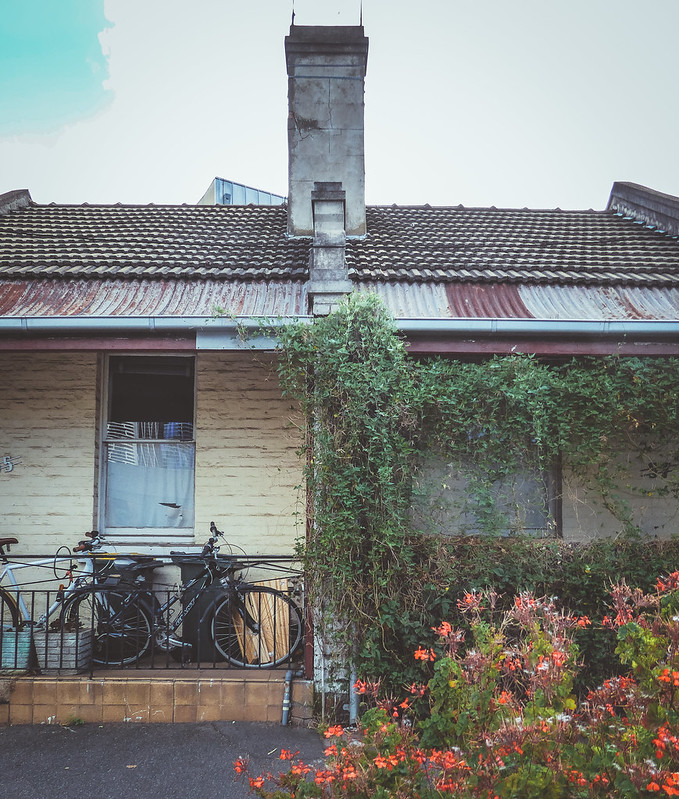 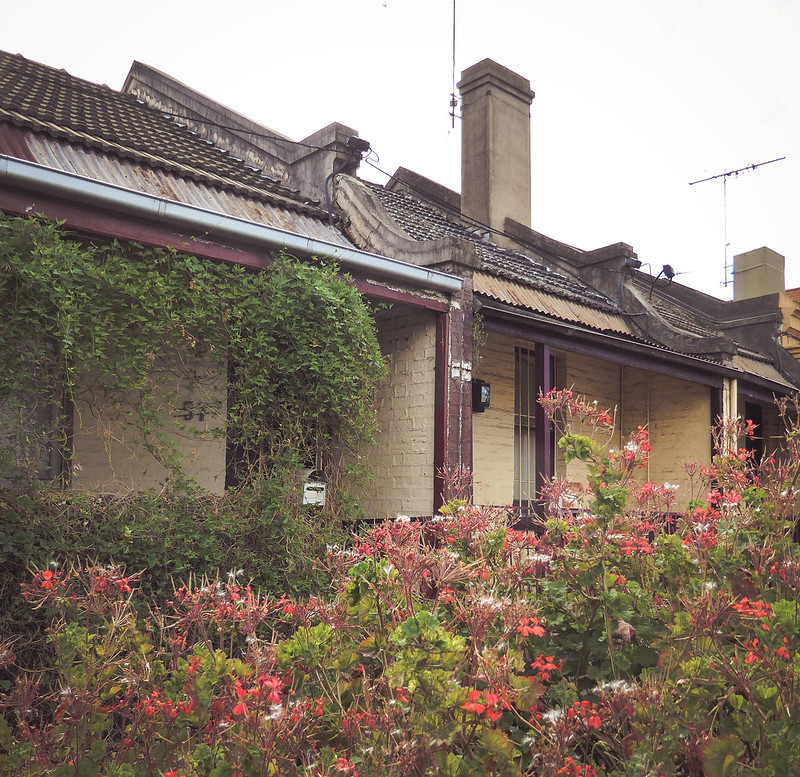 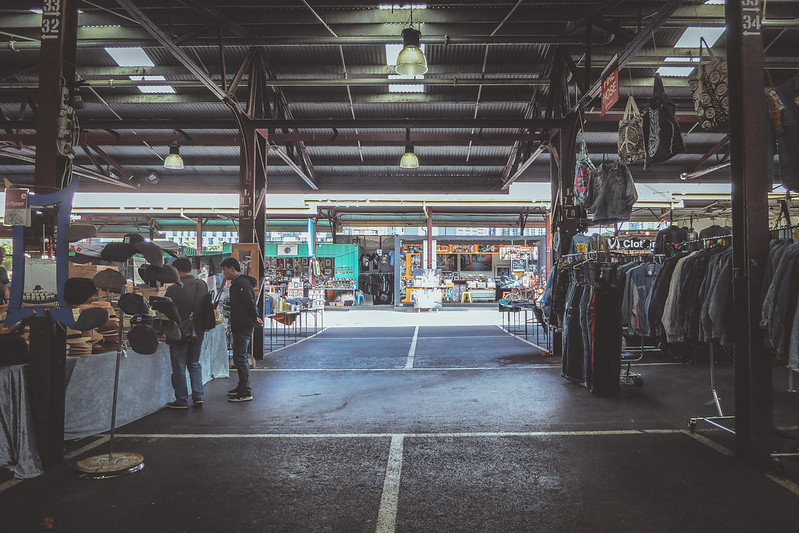 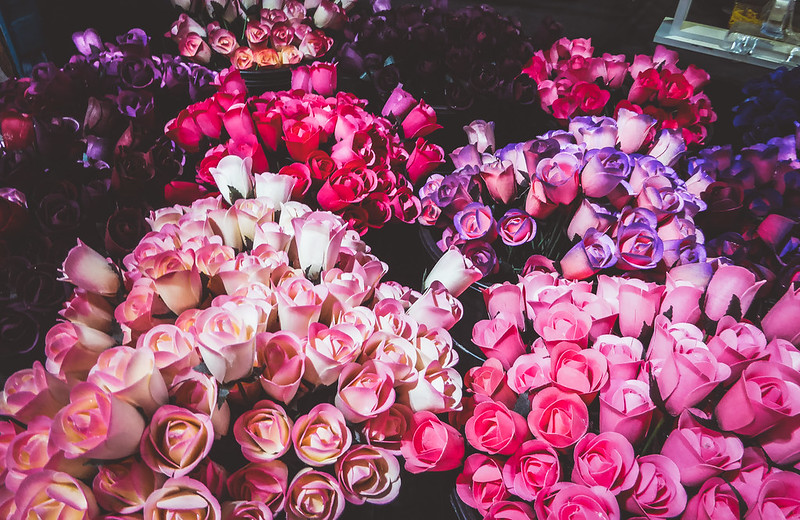 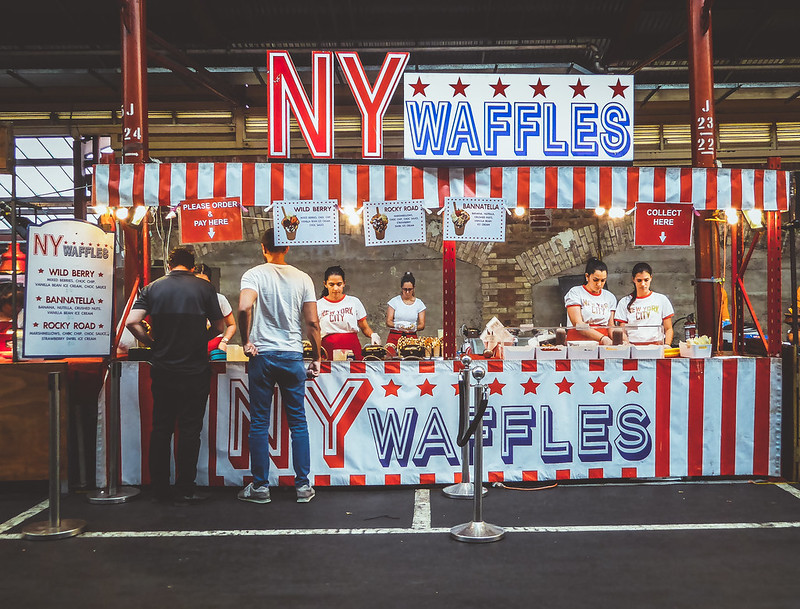 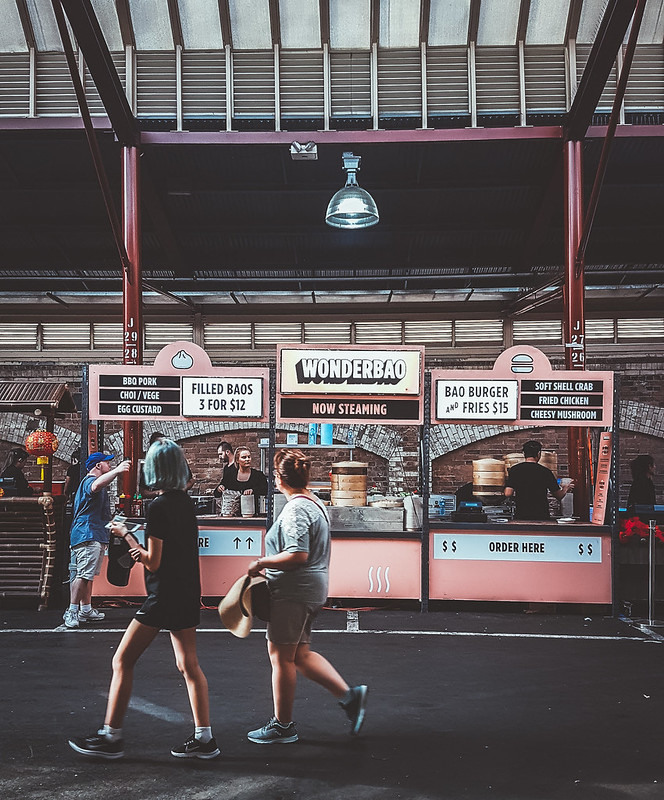 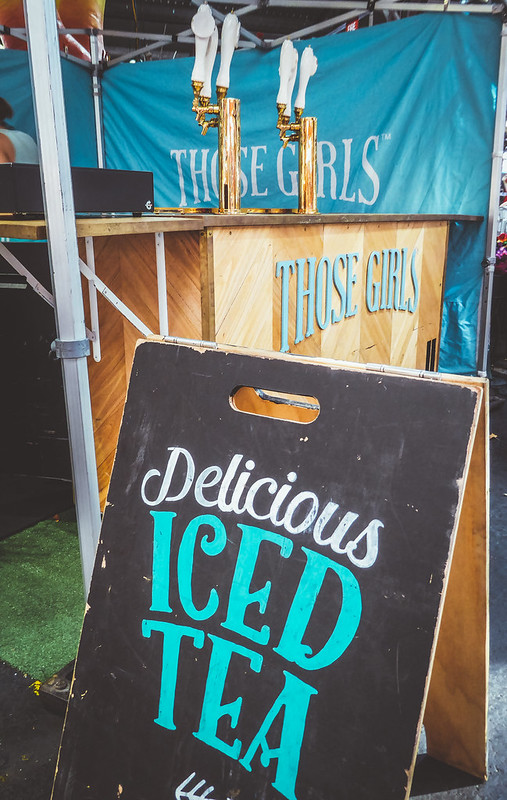 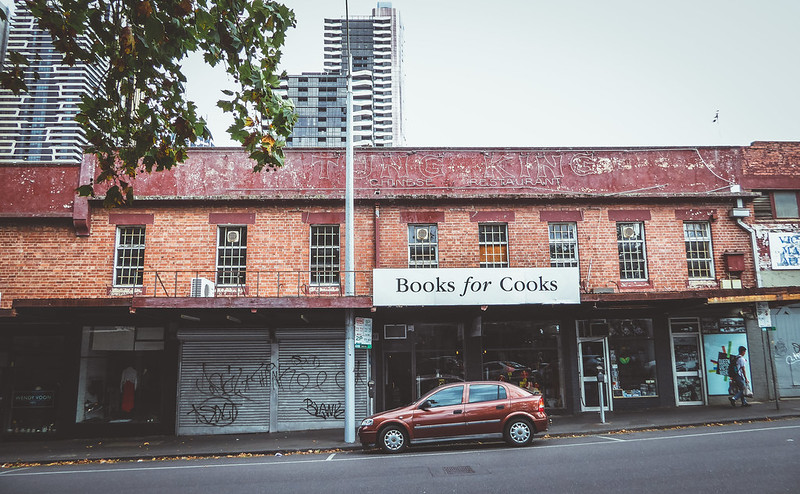 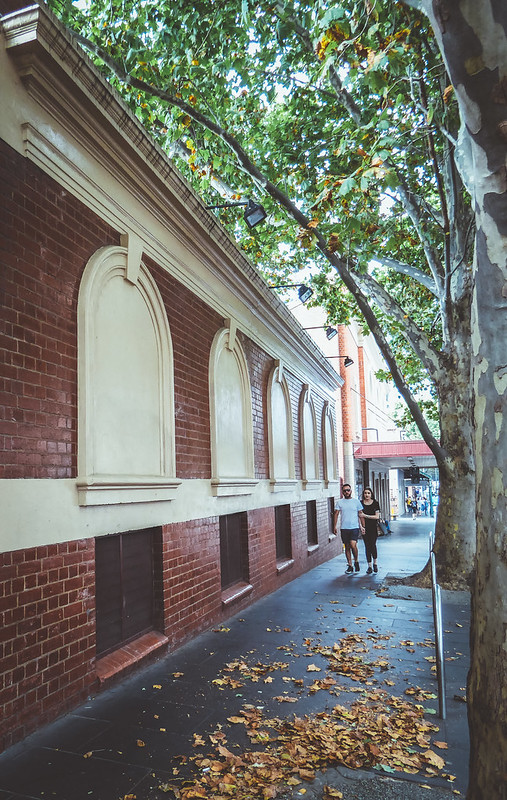 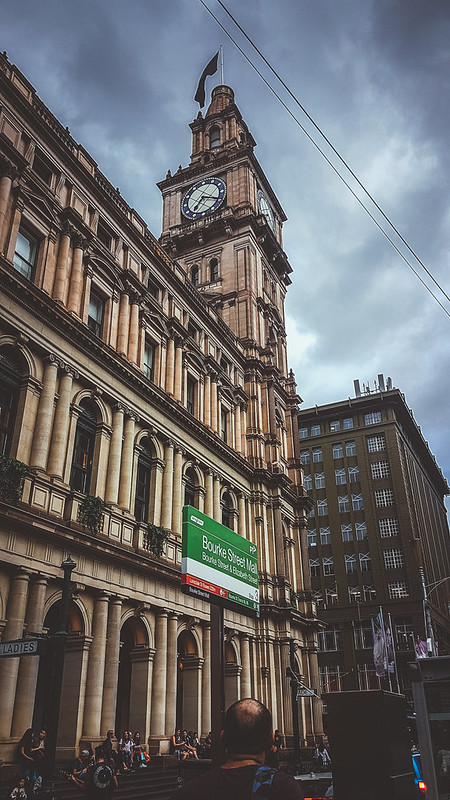 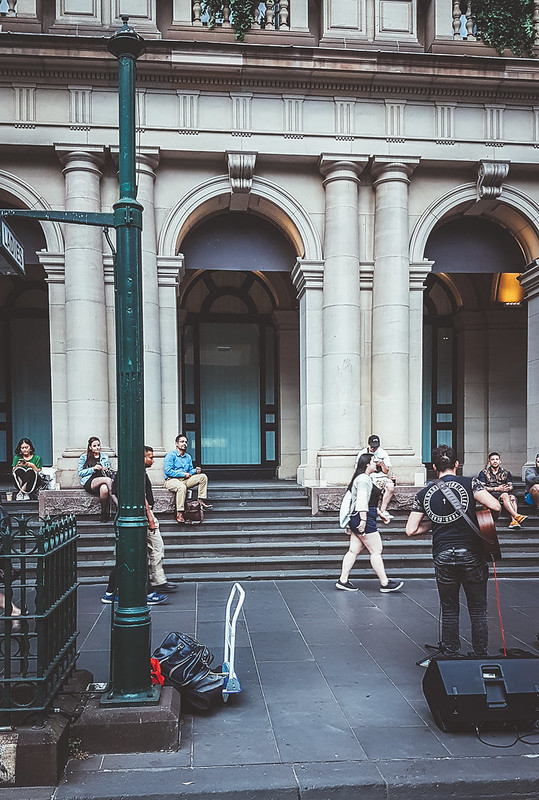 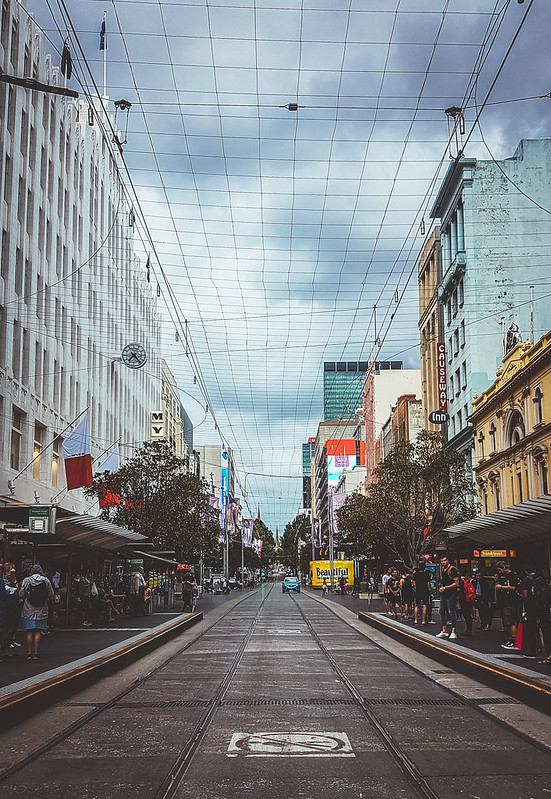 And that’s a wrap on Day Six in Melbourne.