I’ve promised that Day Three is a big one, but I should preface this by saying, it was a big one for me! Other people I know do a heck of a lot more in their normal every day lives but this was quite full on for me.

So the day started with my great-niece packing her bags and leaving us. No we didn’t get into a barney, the friends she caught up with on Day Two were driving to Adelaide via the Great Ocean Road so she decided to join them. She ended up staying the night in Warrnambool before getting the train back to Melbourne the next day.

That left my sister & I to work out what we were going to do on the Sunday that made up Day Three.. there was one logical answer – Queen Victoria Markets. 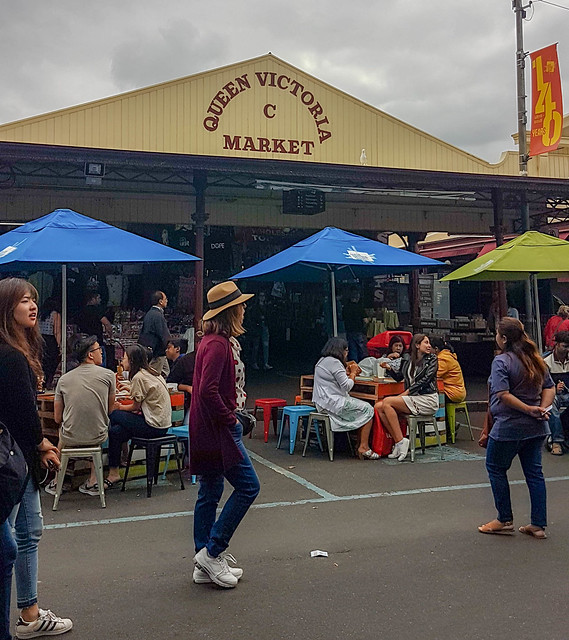 My sister headed off to explore the markets while I headed off to find local street art before meeting up with her at the markets for some lunch and bit of a wander. The first place I went was a lane I had seen from the taxi the previous day as we were driving down Franklin Street. It was pretty cool – lots of artwork to look at but also a lot of random graffiti, which is not really my thing to be honest. I am more likely to be excited about large pieces of artwork than random tagging. 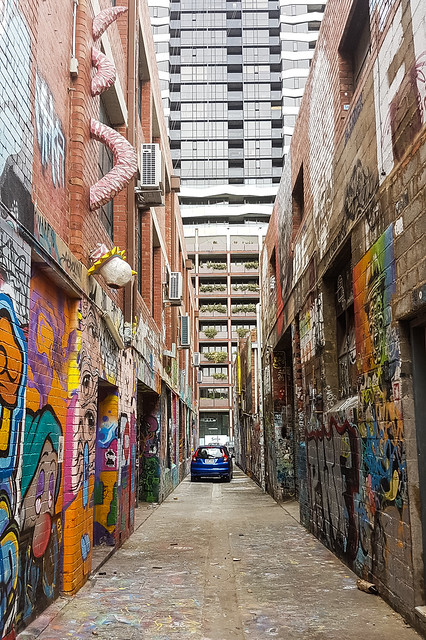 I seem to spend a lot of time in gritty alleyways!

After I spent probably about 30-45 minutes in the alleyway, I headed around the corner to the markets. One of my favourite parts of the markets is the Dairy Hall, which is located in the oldest part of the market along with the Fruit & Veges and Meat & Fish hall.  The Dairy Hall is gorgeous, set up like it would have been in Victoria times, and sells anything from cakes & pastries to olives and cheeses. In my mind, it is one of the most photogenic parts of the market. 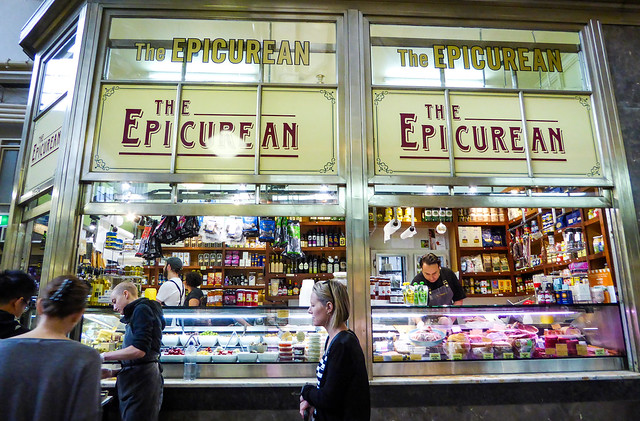 After I took a number of photos, I headed out to Queen Street which is a pedestrian area that separates the oldest part of the markets (built in 1867) and the later part of the market (built in 1878 – which is when the Queen Victoria Markets were officially opened). I discovered there was a South American street food festival happening and in the craziness my sister & I managed to find each other. We had a quick look at the stalls of before deciding on something to eat and then headed off the see more of the markets. 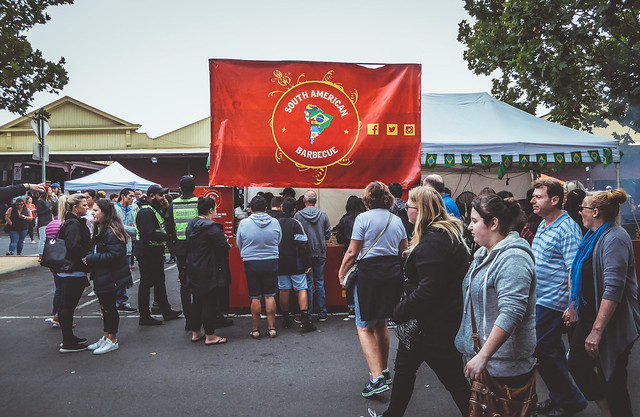 The sights & smells of the South American BBQ made me pretty hungry!

After lunch, we stopped to get some gelato before setting off and became aware of the bit of a commotion – well it wasn’t a commotion so to speak but there was a lot of drumming. The Carnival part of the South American festival had begun and I managed to get myself caught up in the moment, and nearly had my ear drums burst when the drums were, quite literally, on top of me! But it was a pretty cool thing to witness all the same. 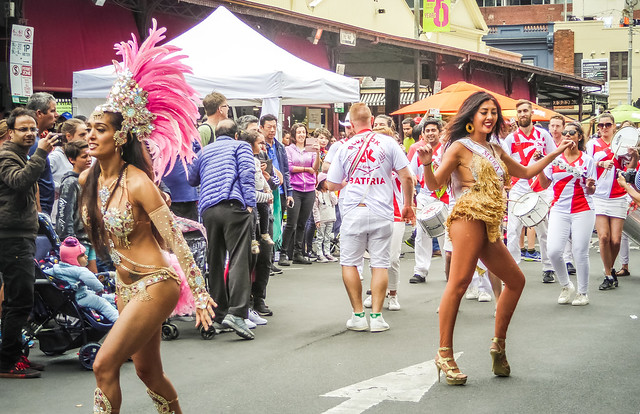 The QVM is huge, and I mean stupidly huge. The stalls that make up the larger section of the market are varied but at the same time, a lot of them sell the same thing. So if you are looking for a unique Melbourne souvenir, just make sure you look around before settling because you might not be getting the bargain you think you are. You are more likely to find the same product at a cheaper price a few stalls down! 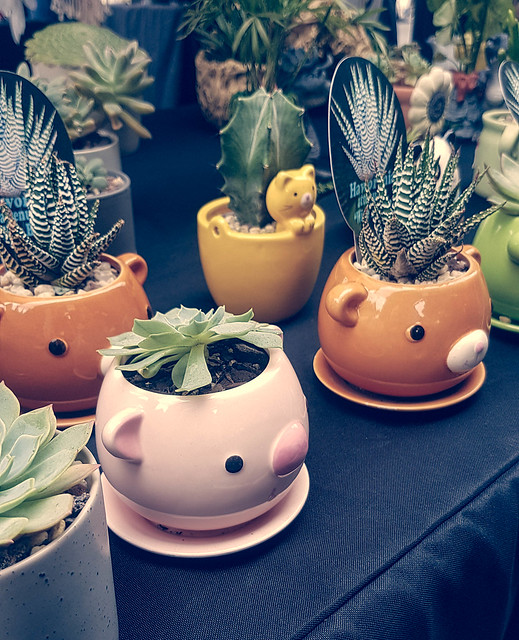 Some of the very cute items for sale at the markets

After I had my fill of the markets I headed back to the apartment via another alleyway full of street art while my sister hung around the markets a bit longer. This one was even grittier than the first, it that was even possible but it did have a couple of large memorial pieces, which were pretty impressive. 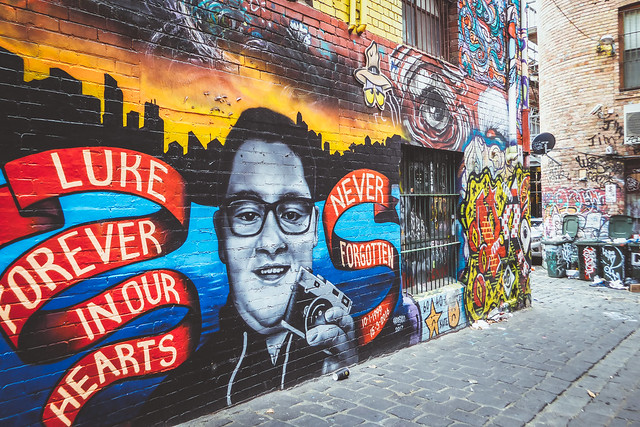 Another day, another alleyway

I rested up at the apartment for a couple of hours before meeting a friend. My sister came with us as far as Melbourne Central – which is the Melbourne Central train station along with a mall above. In the middle of the mall is one impressive sight. The Coop Shot Tower: 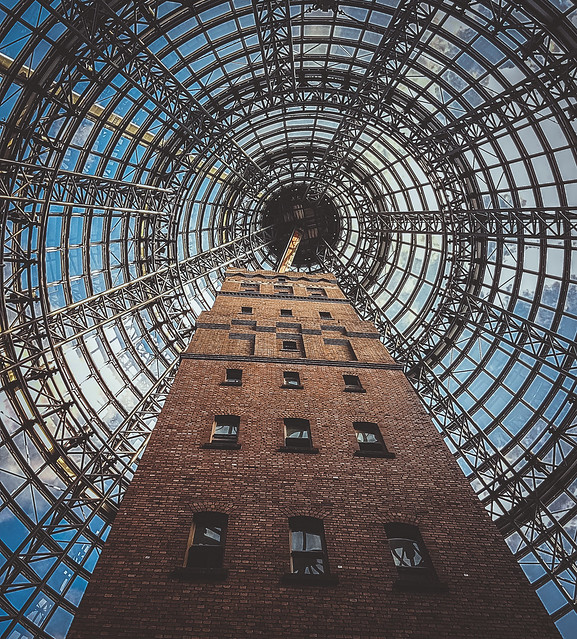 Built in 1880’s to produce shot balls for shotguns until 1961. The tower was heritage listed in the 1970’s and was incorporated into the Melbourne Central in the 80’s and is now a unique part of the Melbourne Central Station & Mall. It also houses a museum giving the history of shot manufacturing and the tower itself. Once we took a few photos, my friend and I then headed across the road to the QV building, another smaller mall and sat down for a chat and hot chocolate at Max Brenner’s while my sister headed to another part of the city for a Chinese New Year event. 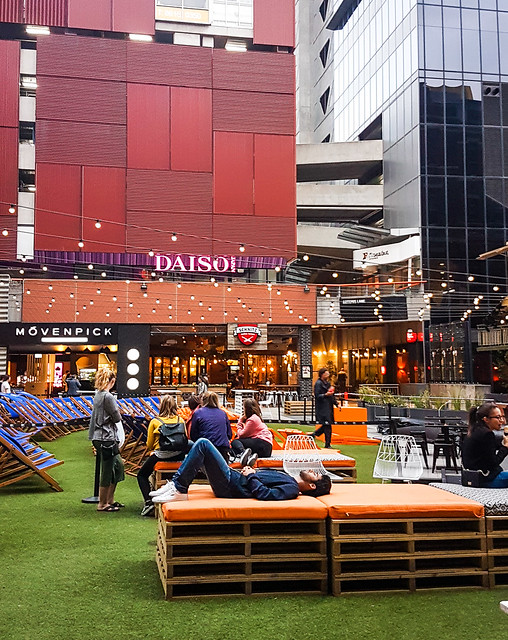 Snapped while sitting at Max Brenner indulging in a hot chocolate

A couple of hours later, my sister was heading back to the apartment and I had said goodbye to my friend but I decided to take a few more photos on the way back to the accommodation. This is one of my favourite parts of the city – mainly because of the building that is the State Library of Victoria. It really reminds me of London! 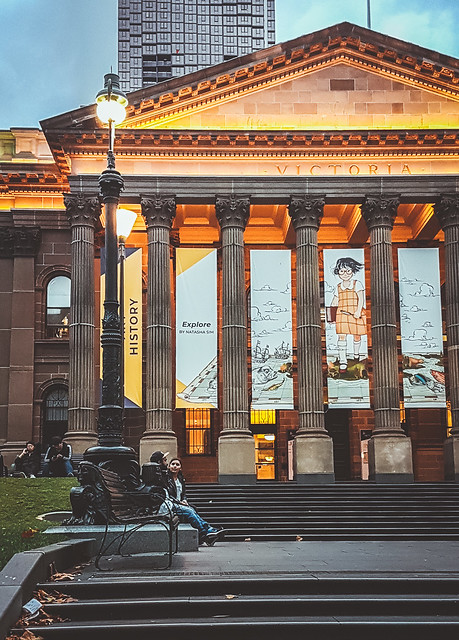 I then headed back to the apartment about 8.30pm for the rest of the evening. And so ends my Day Three in Melbourne – congrats for finishing reading the post, here are a few more photos as a reward 🙂 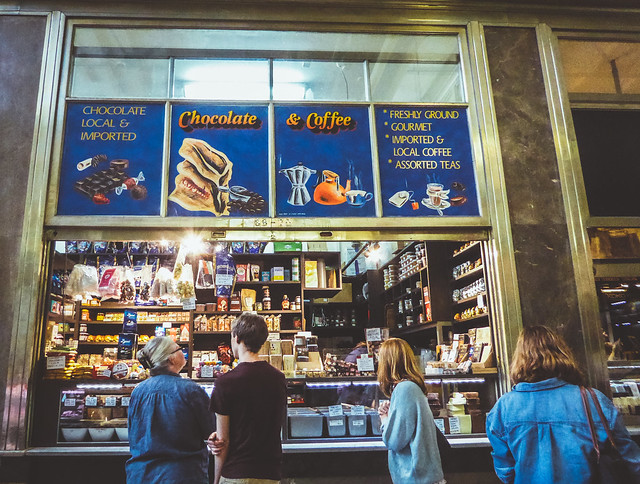 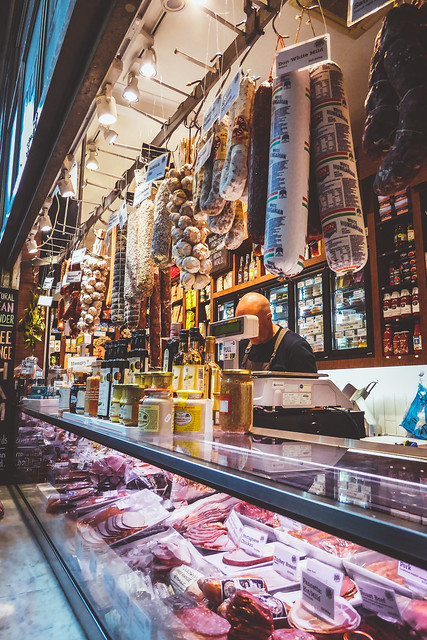 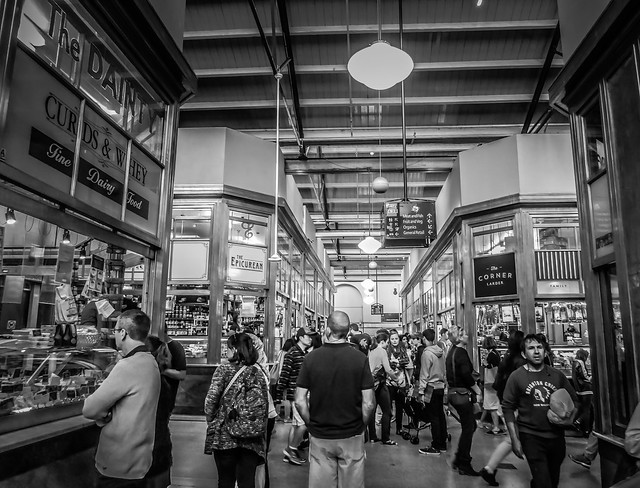 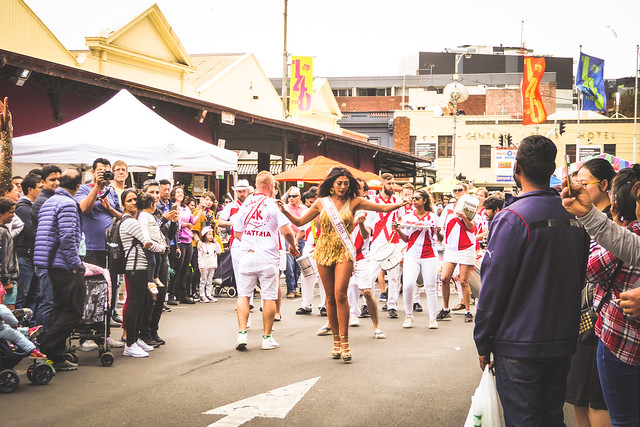 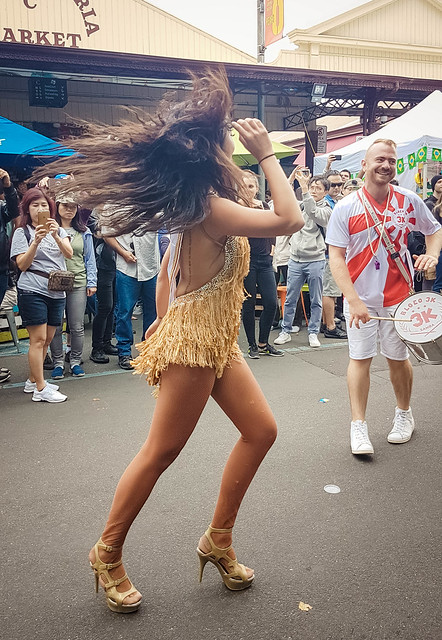 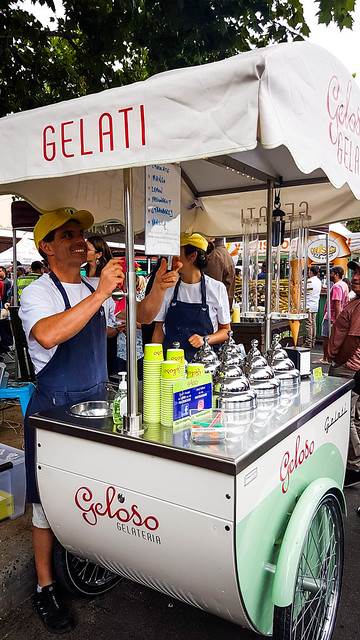 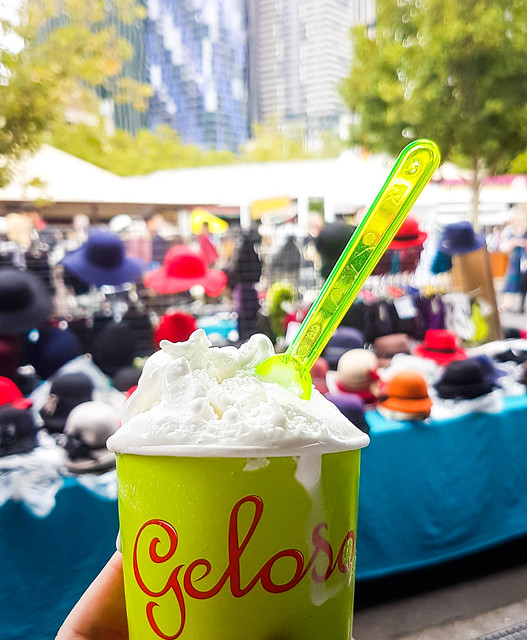 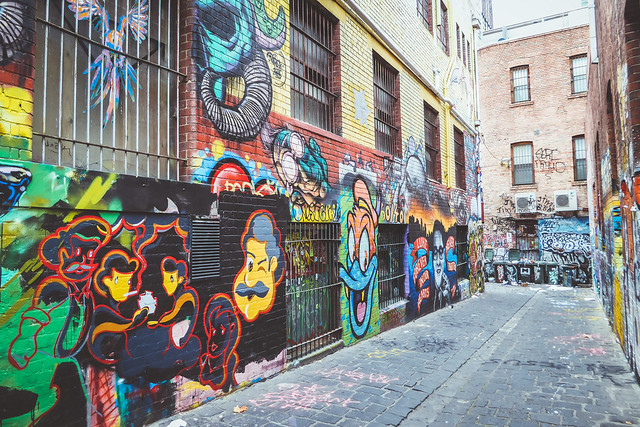 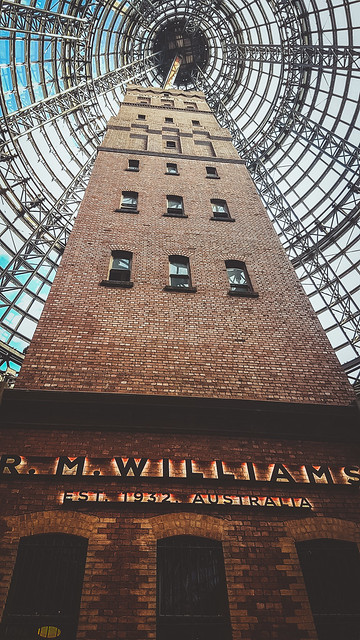 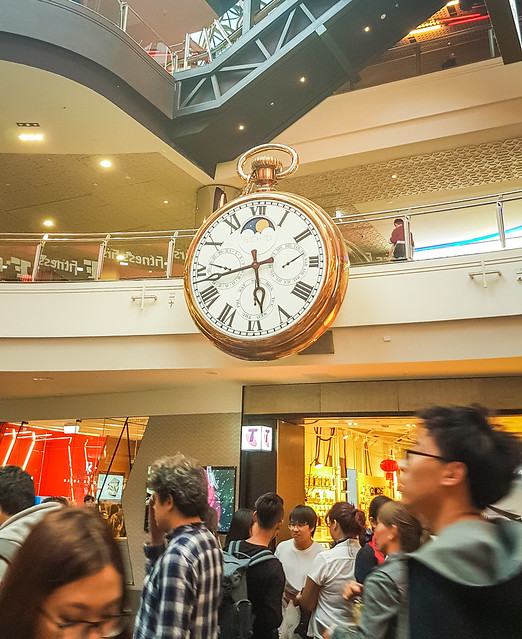 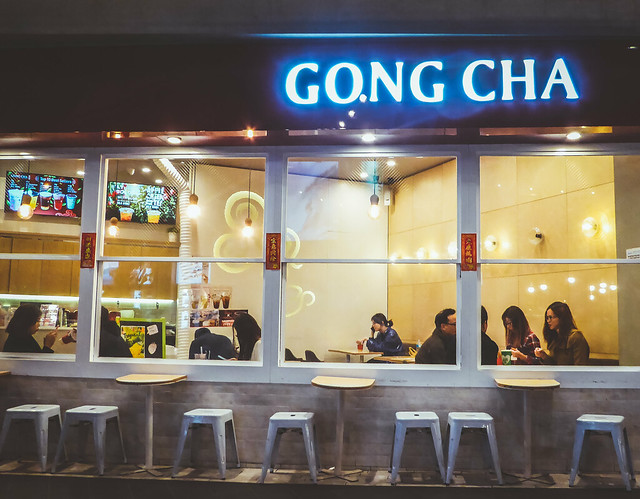 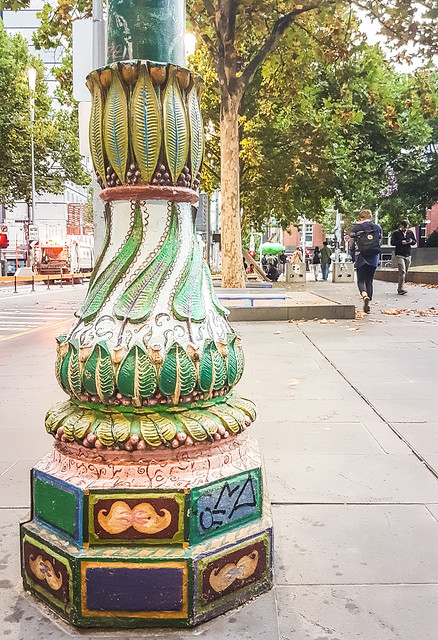 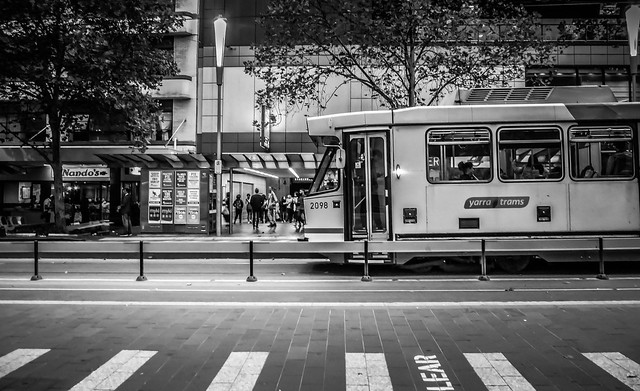 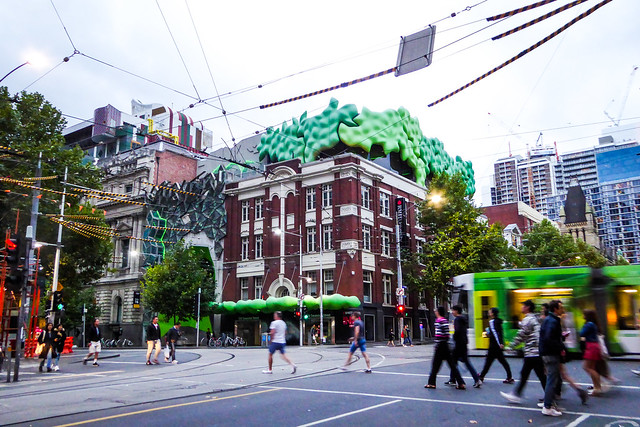 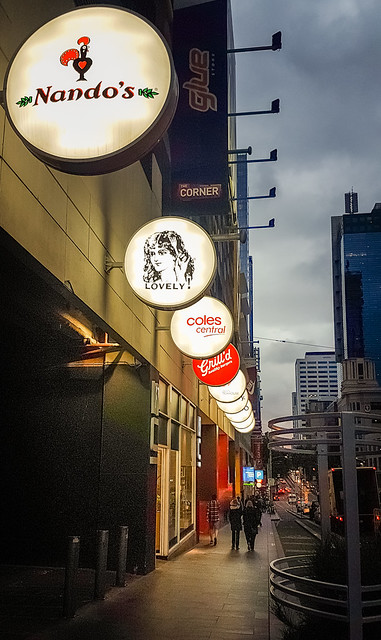 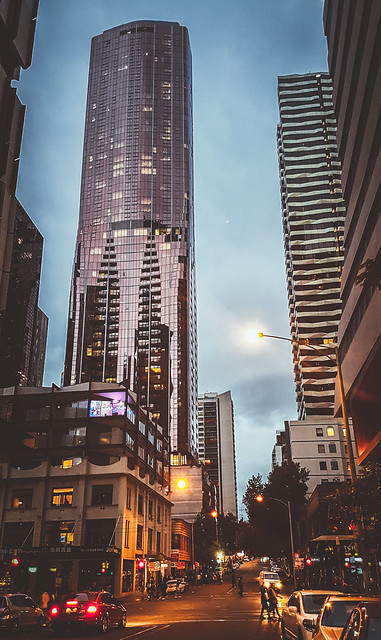 So there you have it.. Day Three wrapped.  I can’t wait to share the photos from Day Four with you.. hint, it has something to do with the State Library of Victoria building #watchthisspace