No, this isn’t a post dedicated to Lord of the Rings (LOTR).. this is about a photo that I took after I was inspired by another photo but I think mine is better (is that a bad thing to say?).. 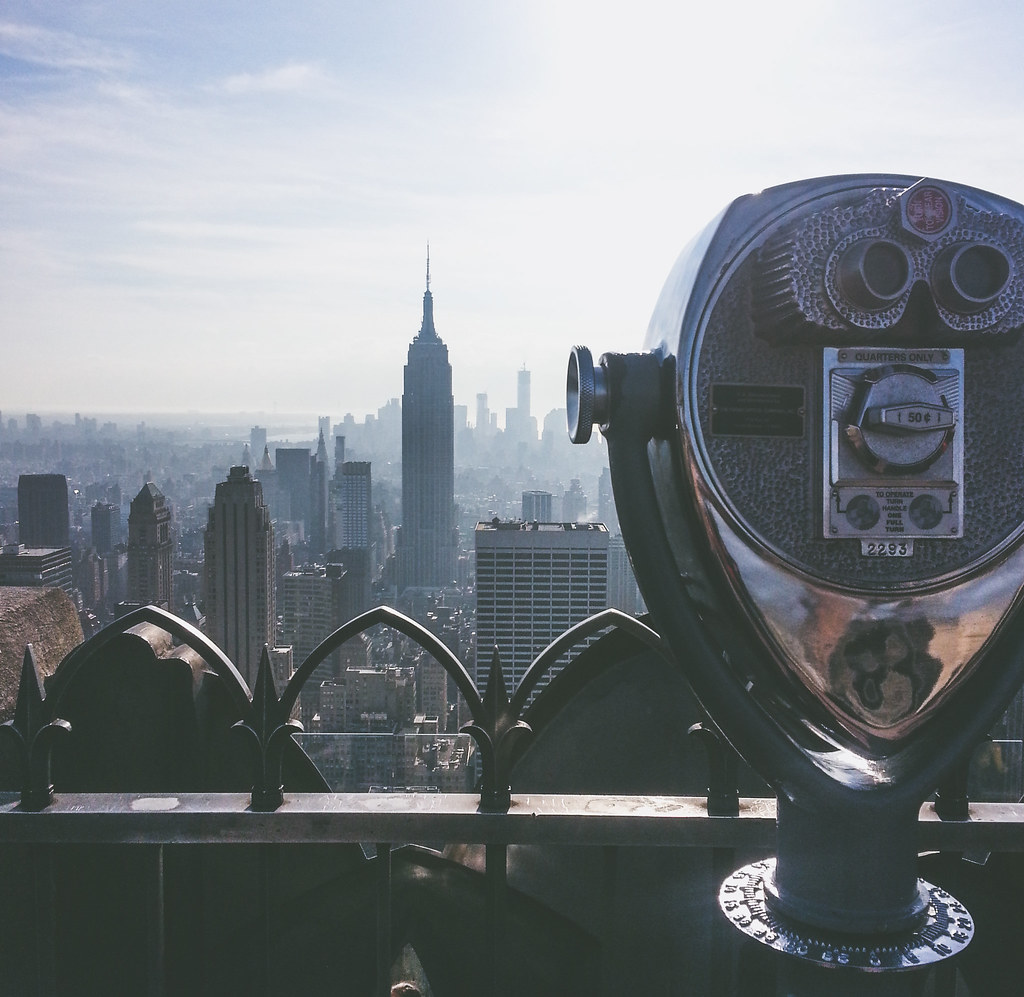 Where: Top of the Rock (TOTR), New York City

Why: Um, well the view for one and also … because Top of the Rock, New York City!

The Inspiration: So the inspiration behind this photo was one I found on the Deviant Art website way back in July 2011. You can check out the inspiration photo here and draw your own conclusions about which one is better 😉

Why Mine Is Better: Don’t get me wrong, the inspiration photo is still amazing and it did, after all, inspire me to go & get my own photo of the same view. However I just think that adding one of the viewers to the photo really enhances the photo a bit more.

Fun Fact: I think I fell in love more with the viewers than the view.. I have like a dozen or so photos with them as the focal point 🙂 I also really love the Art Deco style of these viewers. Is ‘viewer’ even the right word for these things?

How I Felt At The Time: I didn’t love NYC right off the bat. In fact, it wasn’t until I got back to Australia and was looking through my photos that I was kind of like “OMG I was in NYC!!” But I will say that standing at the top of the Top of the Rock was pretty darn amazing. I think being above the buildings instead of being dwarfed by them actually helped with how overwhelmed I felt by NYC. Well it helped for a brief moment in time anyway.

Don’t Get Me Wrong: It wasn’t a horrible trip by any means but if I did that trip now with the gift of hindsight, I would definitely go up the Empire State Building and I would also explore more of Staten Island. I would walk across the Brooklyn Bridge (or even just half way). I would wait for Jake Gyllenhaal at Stage Door after seeing him in a play. I would not fall over in front of half the NYPD & FDNY and I would appreciate the fact that I was actually in one of the greatest cities in the world.

Final Thoughts: The views of the Manhattan skyline are one of the most recognisable in the world and having witnessed it for myself was pretty amazing actually.