This year has already gone super fast. I mean, we are now in July for goodness sake! I wish I could say my year has been great so far but, well .. it’s been one of highs & lows.

Firstly I’d like to apologise if I haven’t been around much lately – the first point below will probably explain why. But I have been lurking in the background 😉

You may remember back in April/May I mentioned that a friend I had worked with for the past 14 years had been diagnosed with terminal cancer, well in the past week, she has sadly succumbed to the disease.

Same age as one of my brothers. Only 3 years older than me. She had so much sick leave that it would last half the year if she needed it because she never got sick.

But then she did.

From diagnosis to her passing away (I really hate the word ‘died’) it was just over 10 weeks. That is nothing in the grand scheme of things!

As I said in this post, we have worked together for a long time and she taught me, along with everyone in the office, a lot over the years. She had been working in the office for over 26 years, you just can’t replace history and knowledge like that. I have just had to do my first end of financial year on my own and I think I did ok, though there was at least one point where I knew she was rolling her eyes at me (she did that a lot actually).

Now comes the time where we have to keep going. We have a job to do and unfortunately, working in Payroll people don’t really care what else is going on, they just want to get paid. But we also don’t want to lose the legacy this woman has left for us.

I remember when my dad passed away, everything seemed so trivial to be honest. I was really passionate about photography before he died and afterwards I didn’t really want to pick up a camera again. With Sharon, I just haven’t felt like writing – or maybe I have been writing but just not sharing anything with people because it doesn’t seem important. (Obviously this post of over 1500 words contradicts that haha).

Then there’s me.. I don’t know what’s going on and my doctor doesn’t either but something is. It started with an itch and when I went to the doctor she didn’t know what it was so I was sent for blood tests. The results came back showing that my inflammatory markers were high and it caused concern for my doctor.

This was in April. Since then I have had numerous blood tests, a chest x-ray, pelvic & abdominal scan and still no idea what is going on. All I know is that I am still bloody itchy!

Well obviously as this is supposed to be a travel blog, the highs for this year involve travel.

It’s hard to believe but it was only February that I was in England, driving around the countryside discovering villages galore.

I wish I could explain why I love England so much. I mean, I am gearing up for my 5th visit in 7 years in November so there must be something that keeps me going back for more. I don’t actually think I can put my finger on it so maybe that’s why I keep going back.

I do think it has a lot to do with me growing up in Christchurch. I’ve probably mentioned it before but Christchurch was (is still?) a very English city. I remember years ago when I was working in a supermarket in suburban Chch (I still have nightmares to be honest) & I served a couple from England. We got talking about they were from and I think I said something along the lines of Christchurch being very English. They said to me (something I remember 20 years later) “It is more English than some English towns” .

For some reason that has stuck with me and I can remember the first time I flew into Heathrow, we had gone over some of the farm land to the north and I remember thinking we must have made a wrong turn from Dubai because it sure looked like the Canterbury Plains to me.

It’s not that the towns in New Zealand have anything on English villages but there is just something about Christchurch, with the Avon River running through the centre of the city; the Gothic Arts Centre, Museum & Canterbury Cathedral; the street names like Worcester & Gloucester Streets and Cambridge & Oxford Terraces. You do feel that the developers of Christchurch really tried to make the city a home away from home for those to made the enormous trek from the Mother Land. 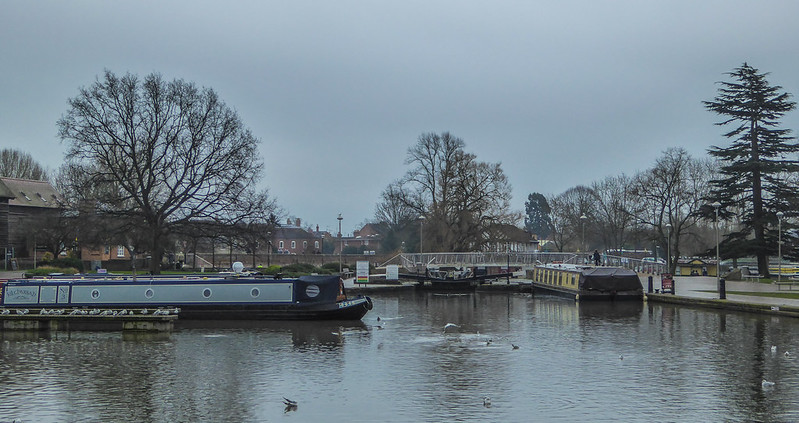 The River Avon in Stratford-upon-Avon 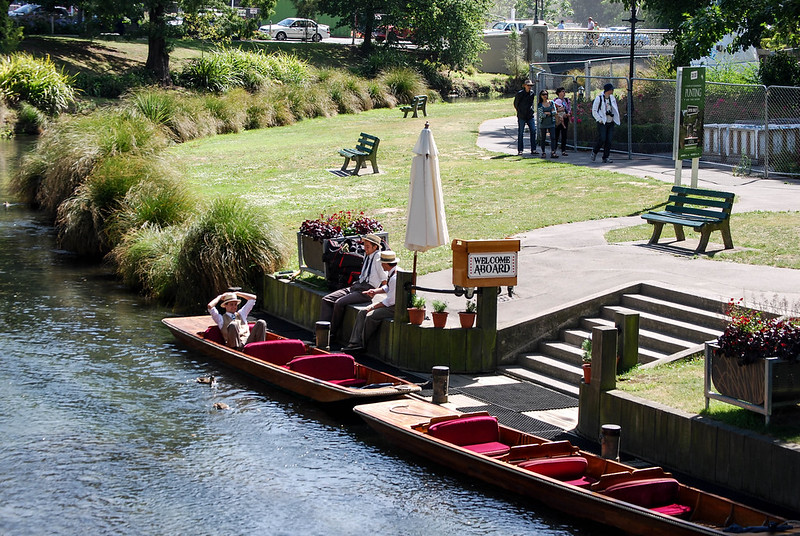 The Avon River in Christchurch

Maybe that’s why England keeps calling me and maybe why I need to keep heeding the call.

More locally, I have also been to Toowoomba, in country Queensland, a couple of times. Again, I don’t know what it is about Toowoomba that I love – actually scratch that, I do know.. it’s not Brisbane!

Now don’t get me wrong, I do like Brisbane (ish).. well at the moment I do anyway. The weather is glorious, unlike summer when you feel like you have moved to the very edge of hell it’s so damn hot. Right at the moment we are in the middle of winter – it’s get to a lovely high of around 20- 23 degrees  each day (yes that is Celsius!). It doesn’t get too cold in Brisbane – although the locals would tell you differently. It gets a bit nippy in the mornings, but nothing like the -4 my mum told me they were getting in Christchurch the other night.

Central QLD does get very cold, including Toowoomba, but I haven’t been there overnight yet so I am still slightly in love with the place to be honest. I love the wide open, tree-lined streets. I love the cute little cottage like houses and of course I love the very cool, urban street art.

Street art is everywhere in Toowoomba

Who would have thought that a country town like Toowoomba would have a better street art scene than the big smoke of Brisbane? I can definitely see myself heading back inland and checking out more of the towns in Central Queensland.

Well I am glad you asked… In September I am heading home for a week for my mum’s birthday.  I’ll also be catching up with a few friends. I really want to check out the cafe culture in Christchurch and try a few places that I’ve heard about.

Plus going home is always good for the soul!

In October family will be visiting because one of my great nieces (yes you read that right) is turning 21 so there will be a bit of a get together and party happening. Unfortunately I won’t get much time with them in between work and that fact that the day after the party I will flying to Sydney for a night.

Originally this was because I was going on a NZ cruise that was leaving from Sydney. I then cancelled the cruise but had already booked & paid for my airfare & accommodation in Sydney so I am still heading down there. I spent a good week or so trying to figure out what I should do instead of the cruise because I still had the two weeks off. I toyed with the idea of going to NZ anyway and doing a driving holiday of the North Island (still on the cards for next May). Then I thought about doing a driving holiday of rural New South Wales but decided that was something I really wanted to do in autumn.

I was costing everything up and honestly this came to me as an after thought (who knew!) and I suddenly thought about London. So I costed a trip to London – it was going to cost me around the same as the driving holiday of NSW sans fuel & food etc. Both of which were considerably less than the NZ portion.

So yeah, I’m going to London for 9 days in November. 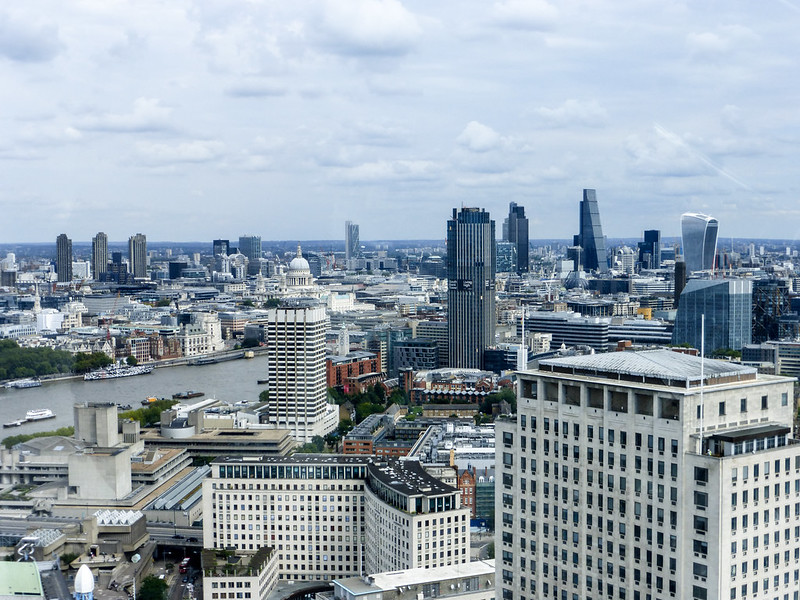 Can’t wait to get back to this city!

Yes, I am going all that way for only 9 days.. don’t worry I am totally ok with that!

The funny thing is, the dates I will be there are exactly the same as the dates I was there when I first went to London 7 years ago in 2010.

I mean Kismet or what!

This time I am only doing London. I may or may not do a day trip to Cambridge, I haven’t really decided and I think that will be a “I’ve just woken up and I feel like going to Cambridge today” kind of deal. I had planned on adding a couple of days in Brussels but decided that I really just wanted to stay in London.

Not that I don’t have loads to keep me busy in London for 9 days! I have a couple of friends to catch up with plus a list a mile long of things I want to do – including those on my London Wish List.

I am also there for my birthday – which is what kind of drove the trip if I’m honest. I found out that my favourite comedian, Danny Bhoy, would be performing in London on my birthday – at that stage I was still fully committed to the NZ cruise but I did wish I could have been there. So fast forward to me cancelling the cruise & deciding whether or not I should go to London.

After the disappointment of missing out on seeing Andrew Scott in Hamlet (which I am still very upset about especially because he is doing another run of it in another theatre at the moment – I am praying for a 3rd season to be in November), I ended up getting a ticket to see Danny Bhoy before I had even 100% committed to going. I wasn’t going to miss out again.

So yeah, I am going to see my favourite comedian, in London, on my birthday 🙂 Last time I was in London on my birthday I saw the All Blacks play England at Twickenham – I think I should have every birthday in London, good things happen when I do 😀

So there you have it… that is what has happened over the last six months and what is happening in the next six months. Life is full of ups & downs but I guess it’s really about what you do with your time whilst you are here that matters.

If the last 6 months have taught me anything it is

a) life goes on

So there you go.. I guess Happy July (and Happy Canada Day for those from that lovely country). Hopefully the next 6 months are a heck of a lot better than the last few have been. I am really looking forward to the rest of the year actually so hopefully I will be back to blogging in full force very soon.

4 thoughts on “It Can’t Be July Already?”