This weeks Photo Challenge is all about focus.

I love trying out different things in photography and playing with the focus is one of them. Sometimes it works, and sometimes it doesn’t. And once again, I couldn’t stop at just one photo! 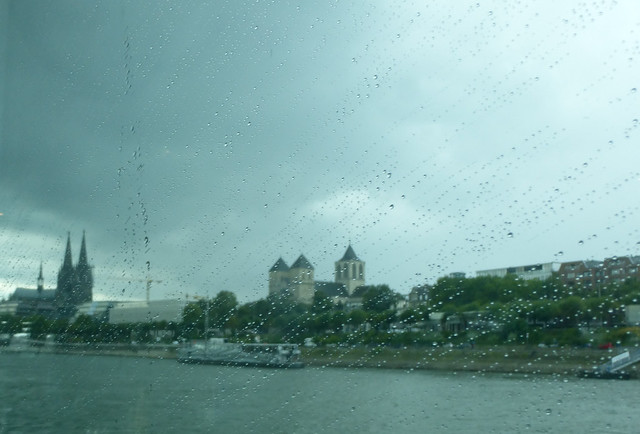 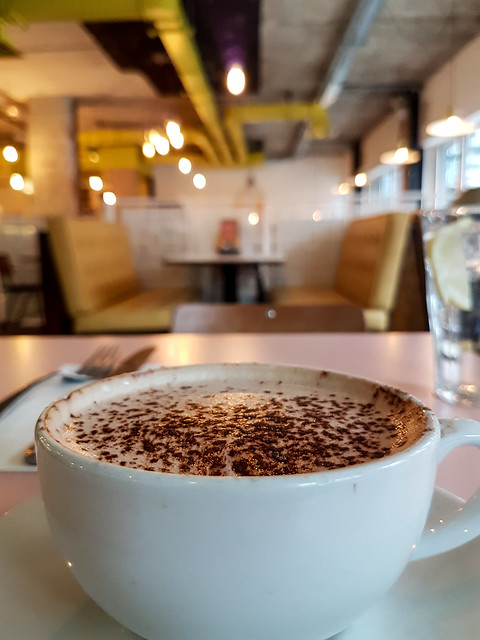 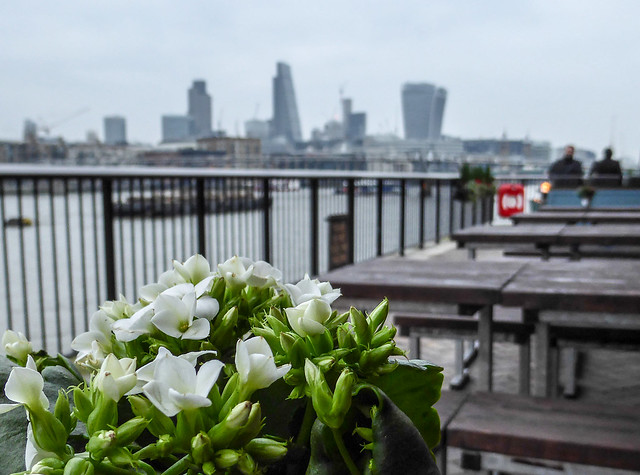 Walking along Queens Walk in London, I came across the Founders Arms with flowers on the table. It was about 9am on a Thursday morning so there was no one around but I loved the city just out of focus in the background 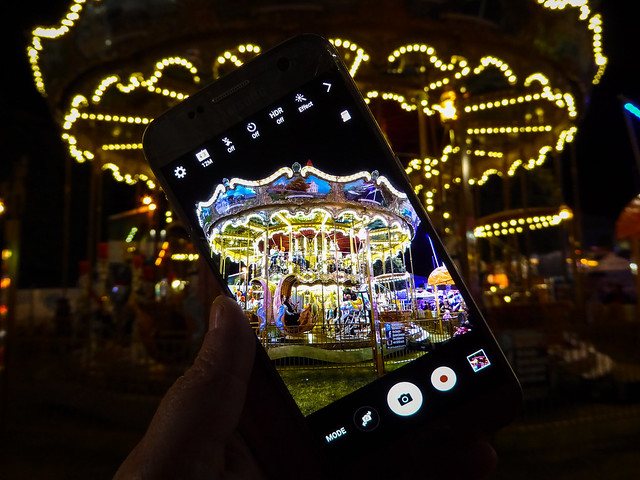 I love, love, love this photo that I took at EKKA last year. EKKA is Brisbane’s Town/Country show where they have loads of things going on including what is affectionately known as ‘Sideshow Alley’

A lot of people might think this photo was a mistake and perhaps I didn’t purposely set out to take a bokeh shot of fireworks off Brisbane’s Story Bridge (to be honest, I have never worked out how to purposely take bokeh shots) but I still like it 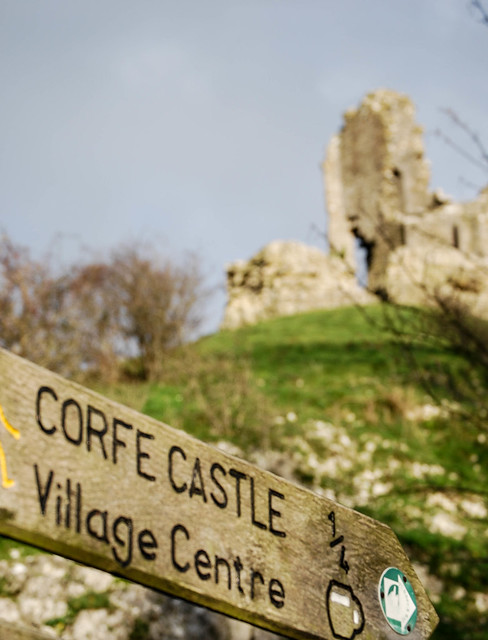 Visiting Corfe Castle back in 2010 was a massive highlight, I can’t even tell you how many photos I took of this place but this was one that I took on the walk up to the castle from the car park 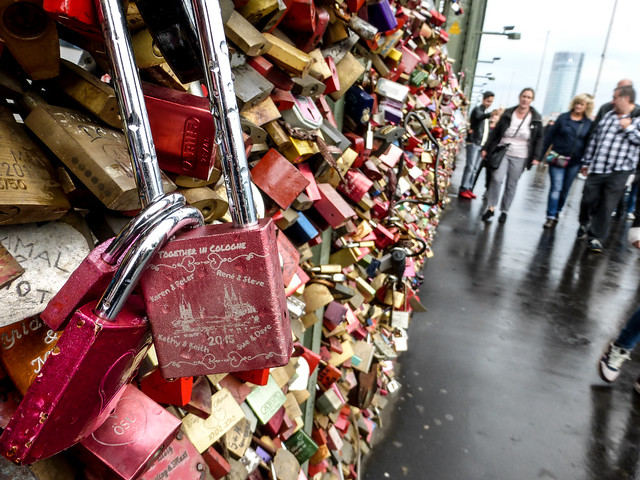 I love focusing on something in the foreground while blurring out the background, it’s one of my favourite photographic techniques. Here I am using it on the love locks bridge in Cologne 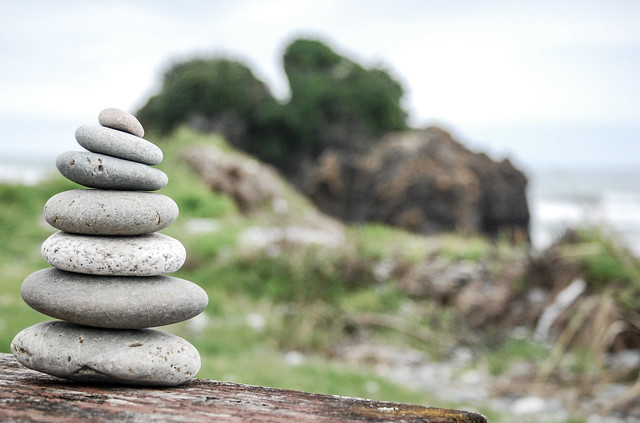 Love rock piles. You can find them almost anywhere in New Zealand 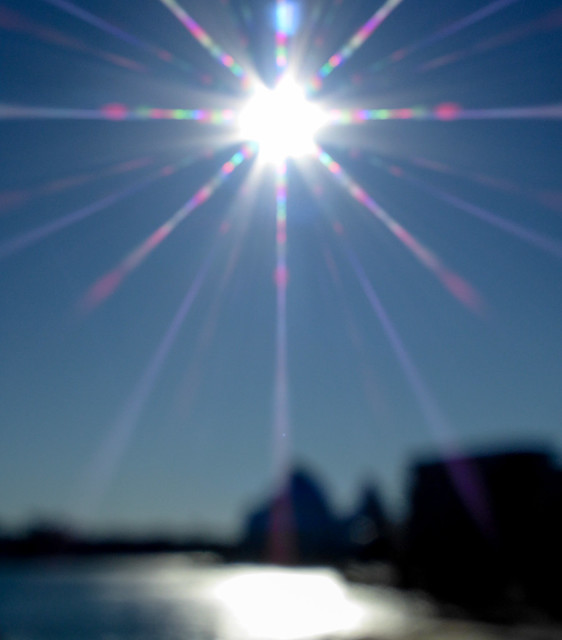 And finally, another photo I love that was kind of an accident, even though it is completely out of focus. Taken in Sydney from the Circular Quay train station, I love the colour in the sun rays

I lied.. here are two more because I like them. Both of them were taken in Christchurch, the first one was actually taken back in 2013, in the garden of an old neighbours place that was abandoned because of the earthquakes. The second photo was taken last Christmas, at the Christchurch Botanical Gardens with the blooming roses & blurred out people in the background. 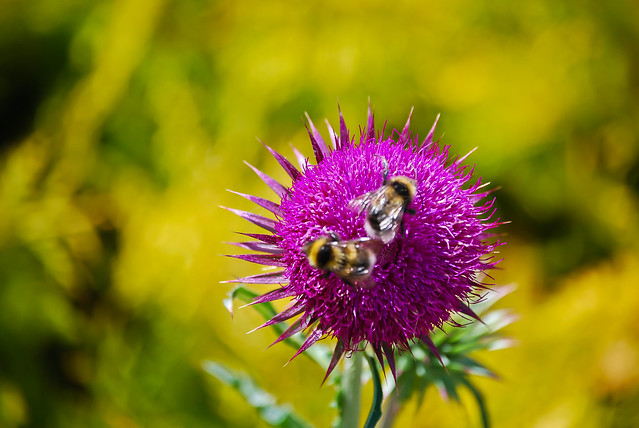 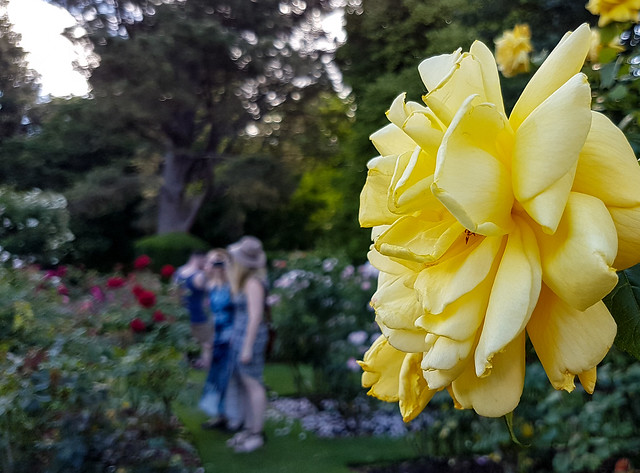