And then after some investigation I found out that I could actually do a train trip on the North Yorkshire Moors Railway. Despite the railway being closed over winter, it just happened to be running the exact week I was in the area.

The photo in question:

I thought it was Kismet and decided to book myself a seat.

I got to the Pickering train station, on the border of the Moors, in plenty of time for my first train of the day. I had a delicious bacon roll (I know, not very healthy), picked up my ticket and was ready to go. 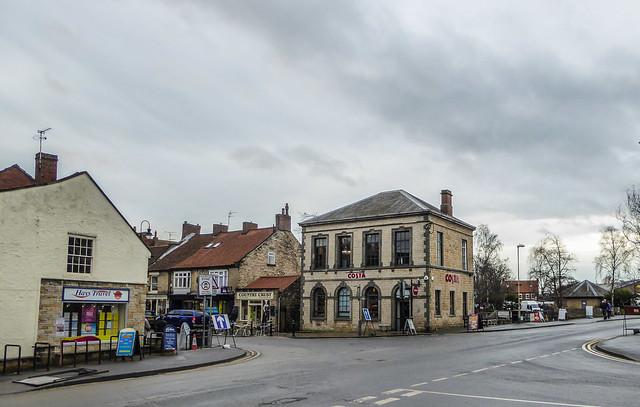 The cute Yorkshire town of Pickering

In the winter, the train only runs as far as Grosmont

The first train for the day was a Diesel from Picking to Grosmont, where I would wait about an hour for the Steam Train to arrive to take me back to Pickering. The inside of the diesel carriage were a bit tatty and it was a little cold. It takes an hour to get to Grosmont and the toilets weren’t working in the carriage I was in (not that it worried me). I also didn’t realise that you had to take a picnic with you – well you don’t but everyone seemed to bring a packed lunch despite the trip only being one hour. 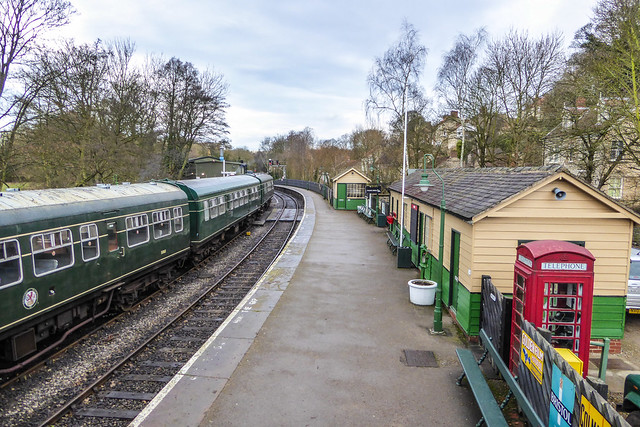 The train waiting to leave Pickering

Along the way we passed by the English countryside, small villages and stopped at a couple of other stations, including Goathland which was used as the Hogwarts train station in a couple of the Harry Potter movies and has been seen in the British TV show, Heartbeat. At one of the stations (Newton Dale Halt), which I didn’t get a photo of, were a large group of trampers (Kiwi for ‘walkers’ or ‘hikers’) waving at the train. This station can only be reached by either the NYMR or walking in – there are no roads to the Newton station. 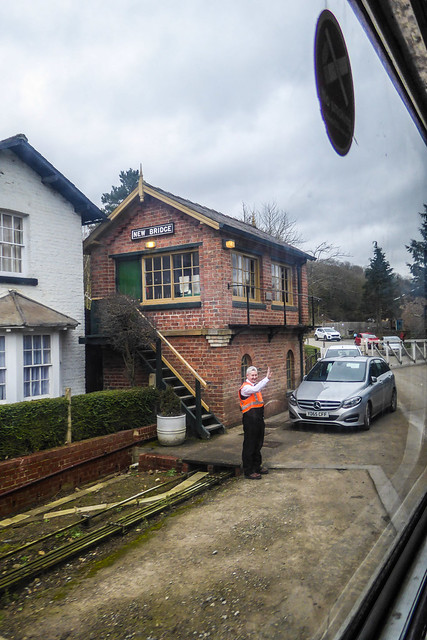 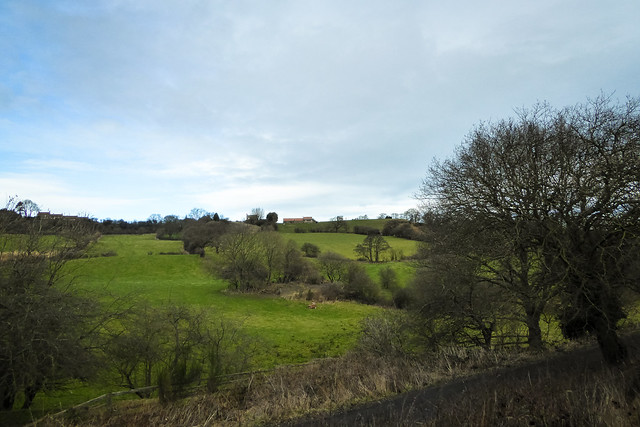 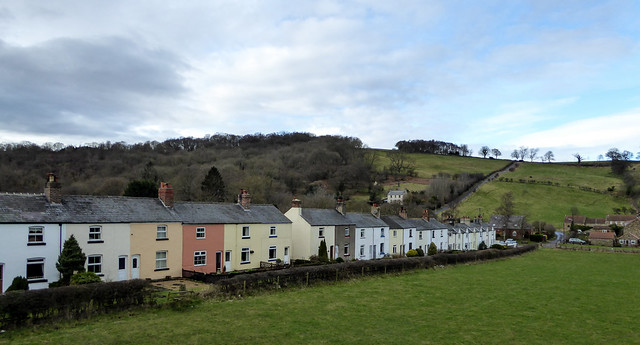 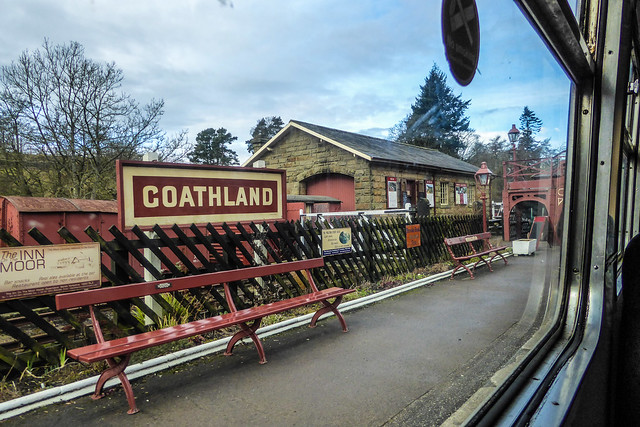 As soon as I arrived in Grosmont I was in love. I was coming to the end of my journey and I had seen a lot of English Villages during this time but Grosmont was definitely a top pick for me. It’s not like there was really anything special there – few houses, a pub (that didn’t seem prepared for the influx of train passengers) and a cute teashop that was in an old school building.

Interestingly, when I picked up my tickets, the gentleman handing them over said that Grosmont wasn’t worth visiting as there was nothing really there, but there was just something about Grosmont that I really like.

You can judge for yourself, below are some photos I took during my hour in town. 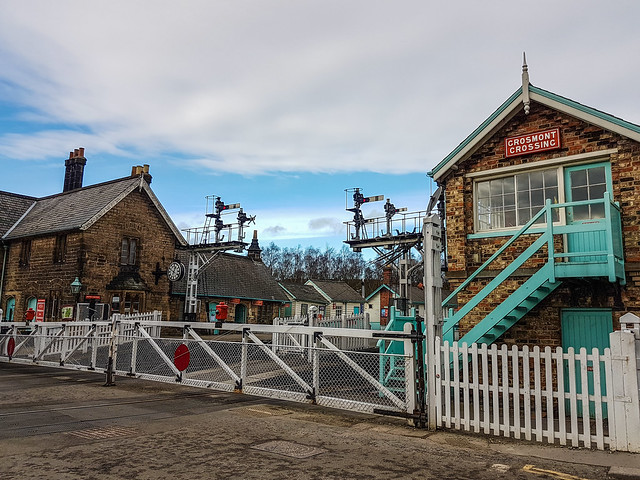 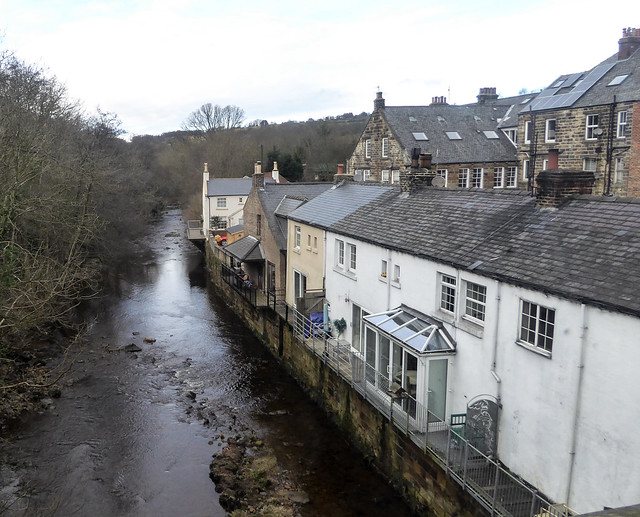 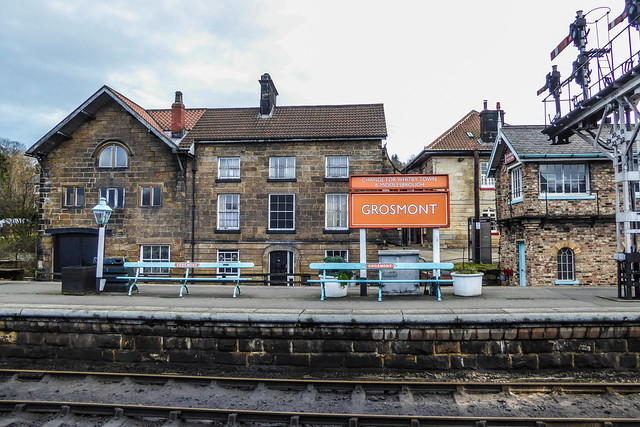 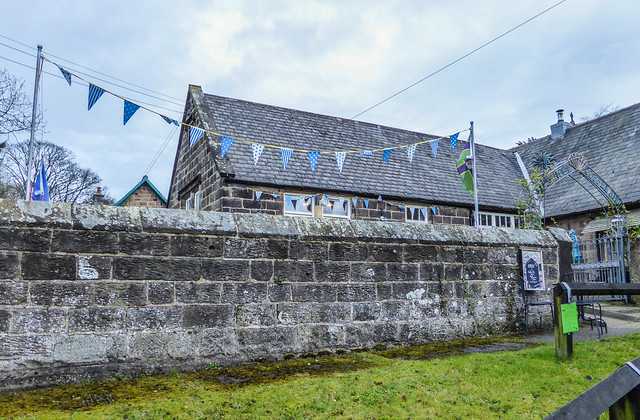 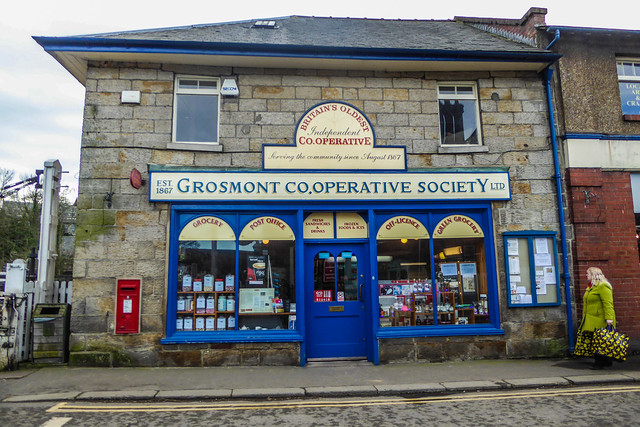 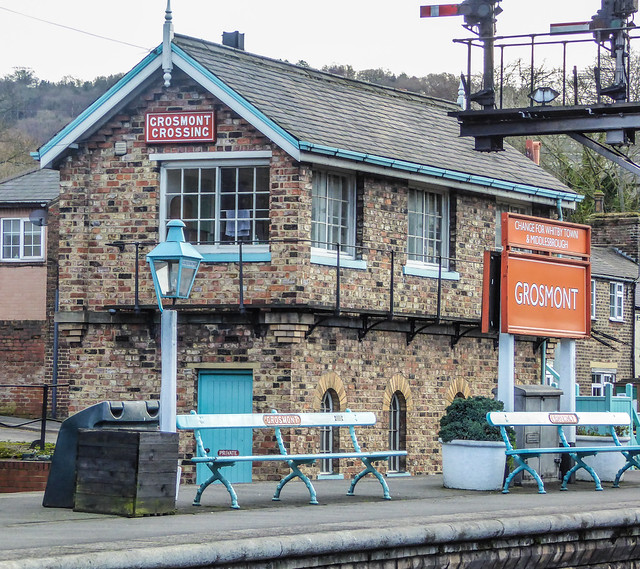 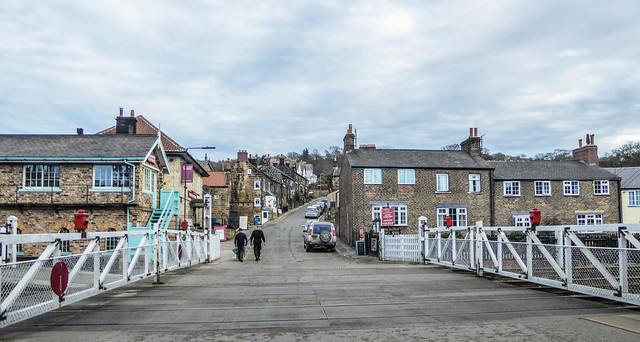 About 1pm, the next train back to Pickering arrived and it was the one I had come for, the Steam Train. 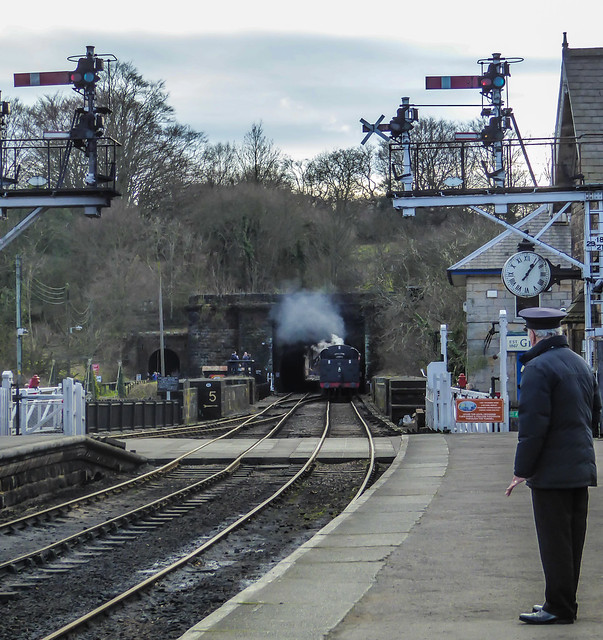 I don’t know when it began, but I have this thing for steam trains – I blame my dad to be honest. Mind you, I tend to blame him for a lot! When I was younger (ok up until he died), whenever he said something and I replied “what?”, his response was quick as a flash:

Which isn’t entirely true – according to Wikipedia, James Watt improved another man’s steam engine, but the change was important enough to help the Industrial Revolution of the 1800’s along. Whatever the reason, I have this love for steam engines that I hope my dad, an engineer in the NZ Navy, would be proud of.

There weren’t too many people getting on at Grosmont, so I actually had a whole cabin to myself until we got to Goathland where a family of 5 joined me (no I wasn’t really happy to be honest haha) 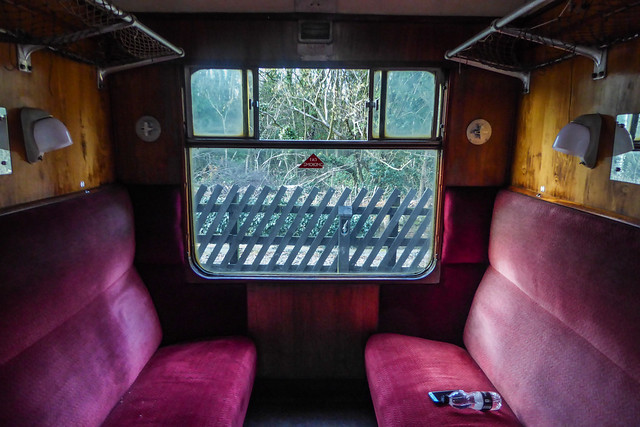 I tried to get some more shots as we headed back to Pickering – I did this by holding my camera out the tiny window in the cabin but once more people came in the cabin it was a little harder. I also tried to get that iconic shot of the train going around a curve with the steam engine in front – unfortunately I wasn’t far enough back in the train to get a decent shot. 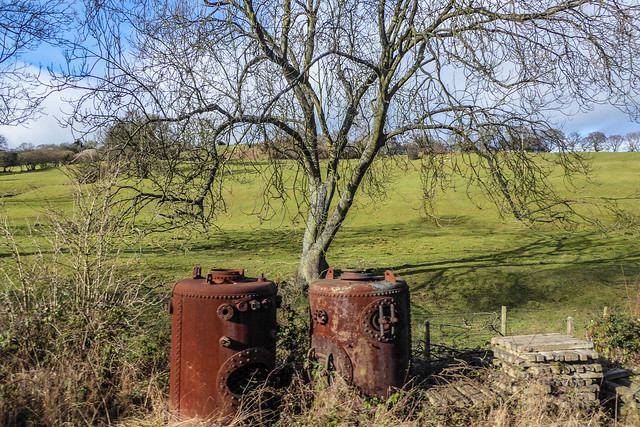 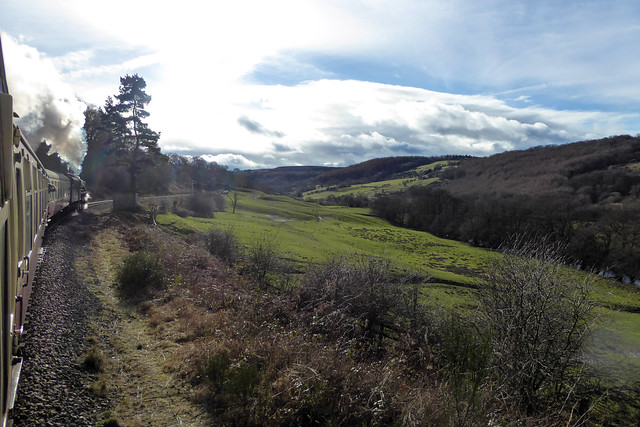 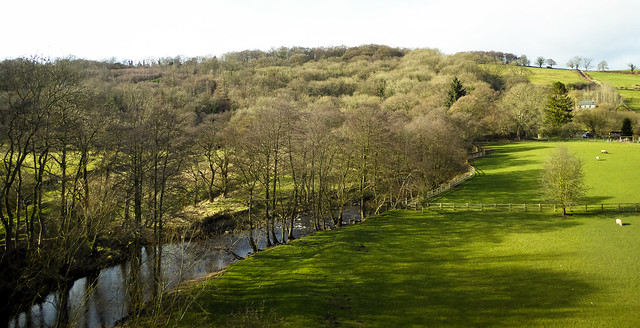 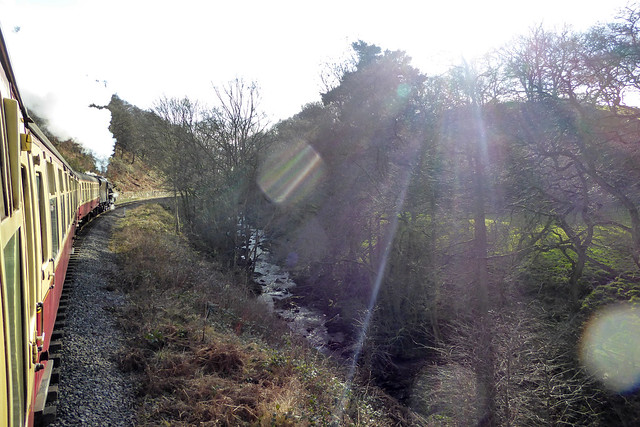 And then all too soon we were back in Pickering and the trip was over.

Did I enjoy the trip?

Well yes and no. I don’t know what I was expecting but it wasn’t really what I expected – if that makes sense at all? Overall, it was a great day out but I was expecting.. I don’t know.. more. More of what, I’m not quite sure. I didn’t have a bad time however, so I guess we’ll put that down as a win 🙂

Some more photos of Pickering are below: 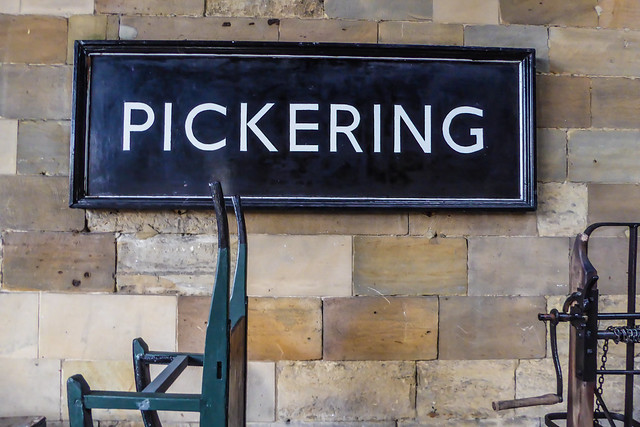 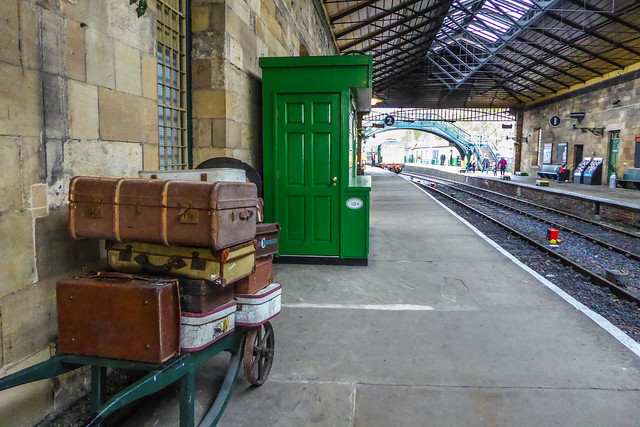 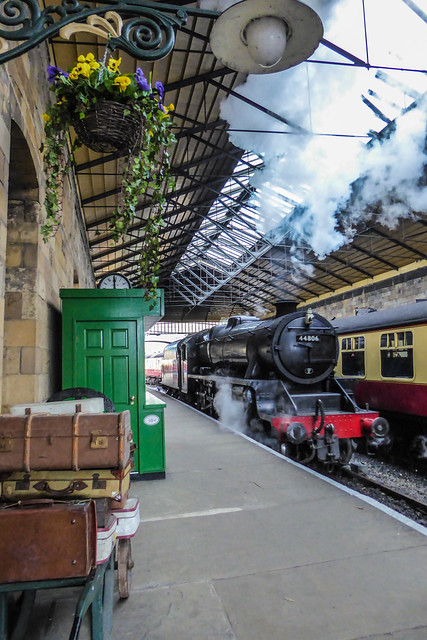 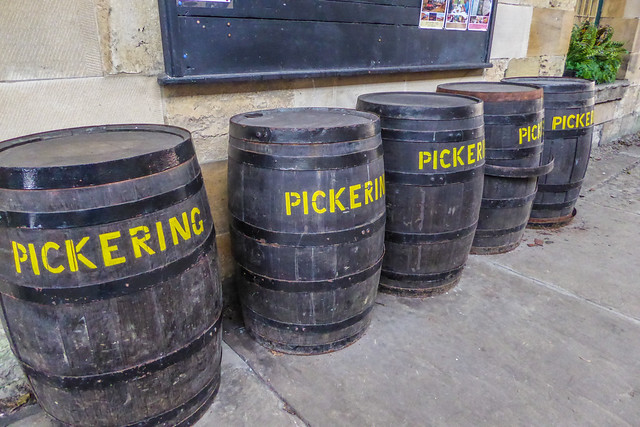 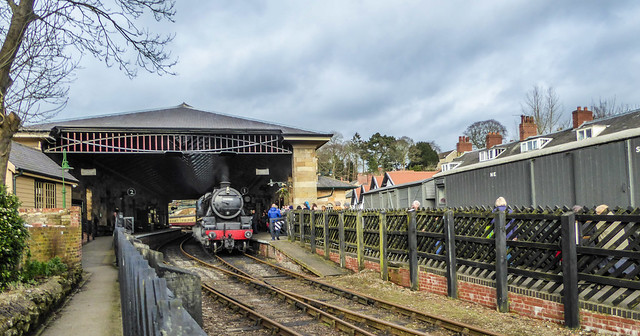 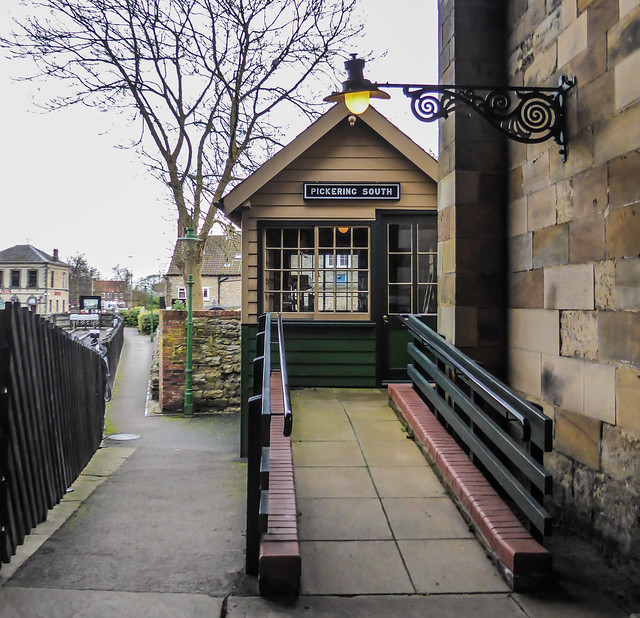 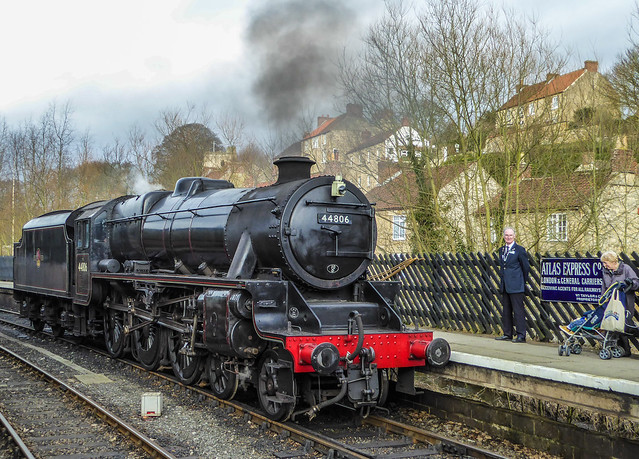