Weird to think that the last time I was home in Christchurch was actually last year but that is now true.

Thought I would share with you what I got up to – because I know you’re all dying to know!

One of my pet peeves when travelling is people not understanding how to go through the security points. It’s not like they make a secret of it people! There are signs EVERYWHERE!! Yet one of the guards had to do a public service announcement to remind people what can and can’t go through security. I don’t care if it’s your 500th time travelling or your 1st time travelling – read the damn signs!!

Once through to the departure lounge there was very little to do. There was one cafe and one bookshop in a reasonably small space. Our flight was delayed due to a mechanical issue with the luggage loading machine so we boarded about 20 minutes late. The flight was reasonably full but luckily there was no one sitting in between myself and the girl in the aisle seat – the same girl I had overheard in departures telling a random stranger about her upcoming Easter wedding in Queenstown. Luckily she didn’t feel like talking on the plane so I was able to watch the final installment of Lord of the Rings.

I had been sick the weekend before as spent it recuperating in bed watching The Hobbit and the first two Lord of the Rings. There was no entertainment on the plane, so I brought my own. The flight was about 3 hours and because I had the extended version, I didn’t even get halfway through the movie before landing in Christchurch about 1.30am on Christmas morning.

I didn’t have any checked luggage so got through Immigration & Customs very quickly and found my niece (Rachael) waiting for me – not the same one who drove me to the GC airport obviously. After a slight drama of losing the car park ticket and then finding it again, I got to my mum’s place about 2.15am – not that it mattered because she wasn’t even there! She was staying at my brother David’s place because my young nieces wanted her to wake up with them on Christmas morning. Rachael and I stayed up till about 3.30am chatting and then finally decided to head to bed for a few hours before the Christmas Day Festivities.

I don’t sleep – it’s a well-known fact that if I wake up during the night, it is very hard for me to get back to sleep. So about 6am I was awake – wide awake after only a couple of hours sleep. Thinking that my young nieces had woken my mum, I messaged her about what was happening that day – last I heard we were having brunch at one brothers and then a late lunch at another brothers, though my niece had mentioned something different was happening so I wanted to know what was up..

Turns out my young nieces hadn’t woken my mother so at 44 years old I was still able to wake my mum on Christmas Day.. yes, yes I am proud 🙂 So finally found out what was going on – breakfast at the David’s place and lunch at the second brother, Robert’s place.

Rachael and I got ready and the first thing we did was go see my dad – well go see the plaque and the rose-bush but it’s kind of the same thing.

We got to David’s place about 8amish and caught up with the family there. My brother & his wife have two young girls, aged 6 & 4 1/2 (Phoebe & Sophie)- they got a trampoline for Christmas and the younger one had a great time showing us her flips.. she is fearless that girl.

Got some cool gifts – my mum gave me a pen & notepad, which is handy because I was going to ask her for a pen! Phoebe gave me a cute little notepad and blue princess pen, blue is my most favourite colour. My sister-in-law put in this cool notebook that also has colouring in pages in it, she always gets me the coolest notebooks. And Sophie gave me a green dinosaur eraser… I know everyone is jealous about that! It’s totally going to live on my desk at work!

We had an awesome breakfast of bacon & eggs, pancakes with cream and fresh fruit. Phoebe & I had a strawberry eating contest – I think she won, she definitely ate more strawberries than me. And we all had to battle Sophie for the whipped cream.. I think she likes it!

After breakfast, Rachael, mum and I headed off to Robert’s place (Rachael’s dad), which is about a 40-50 min drive from Christchurch. A menagerie of people and animals greeted us. My brother & sister-in-law live rural and have a selection of farmyard animals roaming around the place.

David & his family arrived not long after us and lunch was served. My sister-in-law, Debbie, put on a brilliant spread of food for Christmas lunch – we had ham, lamb, potatoes, salad and for dessert there was the all important Pavlova. My niece Sophie hoed into the brandy snaps, or ‘booby snaps’ as she liked to call them – well it did involve cream so she was all in!

After lunch David & family headed off for their next destination, my sister-in-laws parents place about 2 hours drive away. My brother Robert dropped my mum & I off about 4pmish and Christmas Day was done.

Boxing Day I caught up with a friend and then impulsively headed to the Canterbury Museum (one of my favourite places on the planet), where I stumbled upon an exhibition celebrating 75 years of Air New Zealand. Since I fly on them regularly and I use to work for them, I decided to check it out.

The Air NZ exhibition is one of the best things I’ve been to in a long time. Here are some of the things the exhibition had: 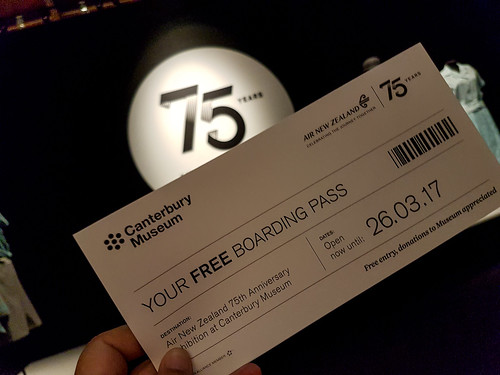 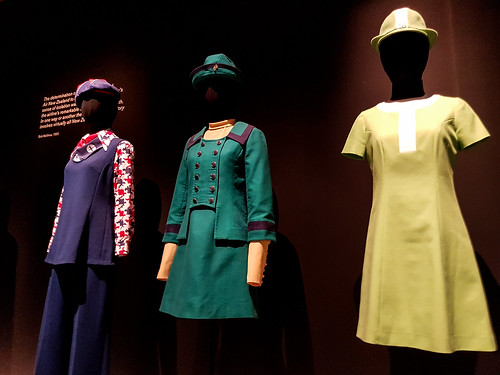 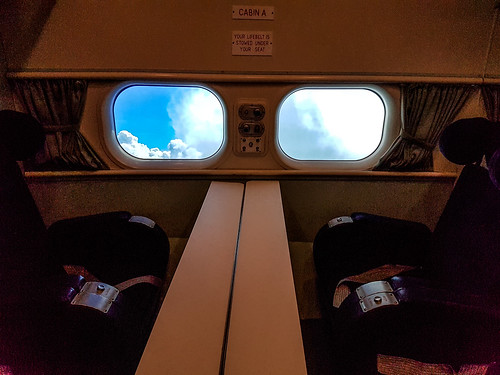 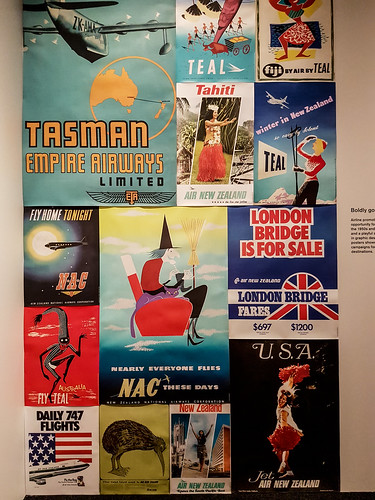 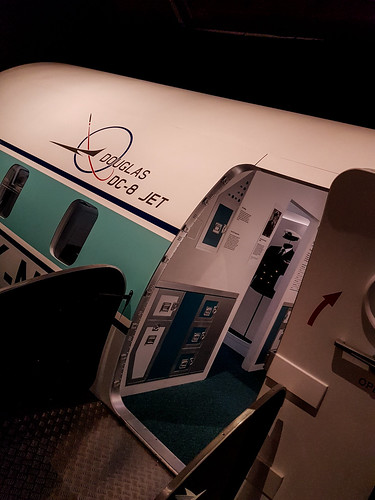 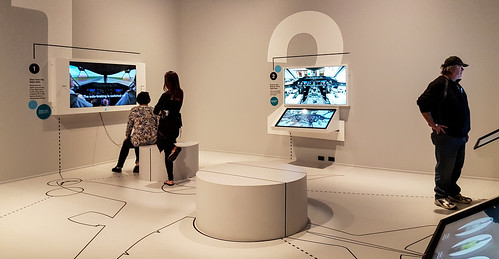 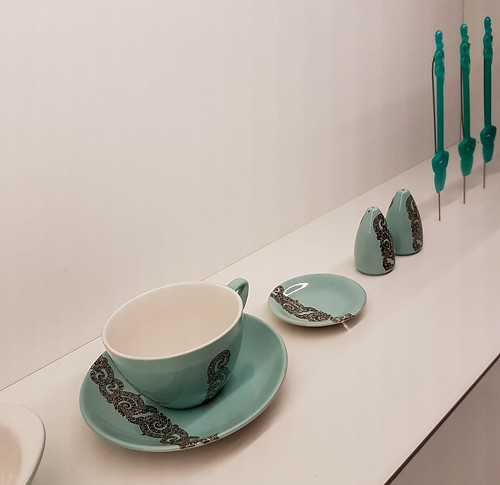 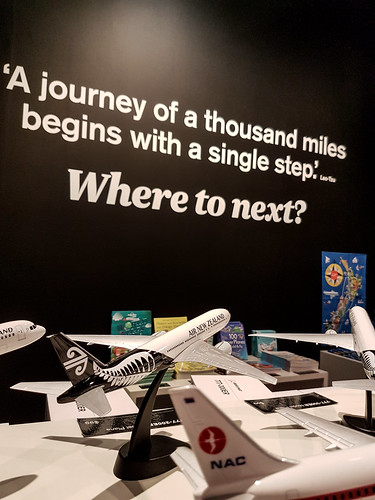 I headed into the Botanical Gardens briefly to check out the giant baubles (I kid you not!). I ended up going back to the gardens the following day (which was literally twice the temperature of the previous day) to take some (ok heaps!) of photos of the roses. 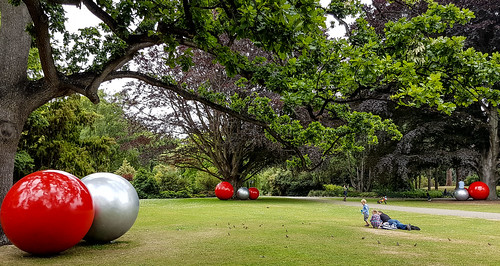 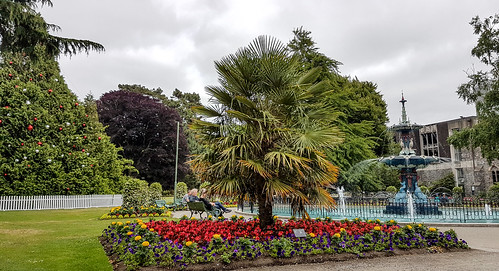 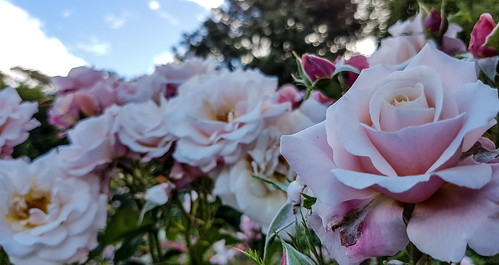 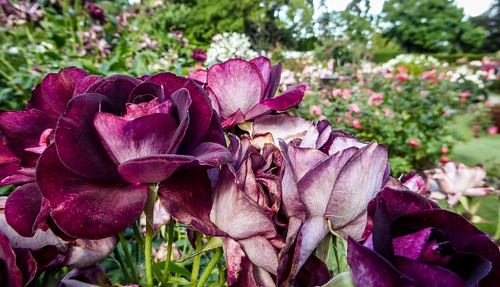 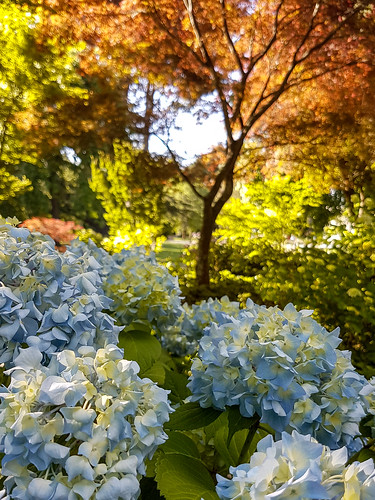 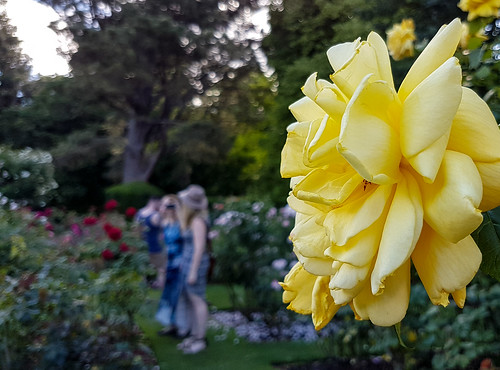 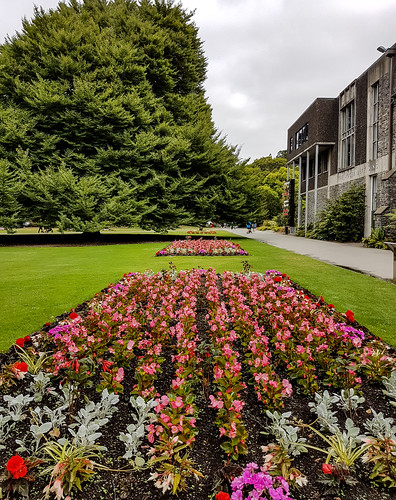 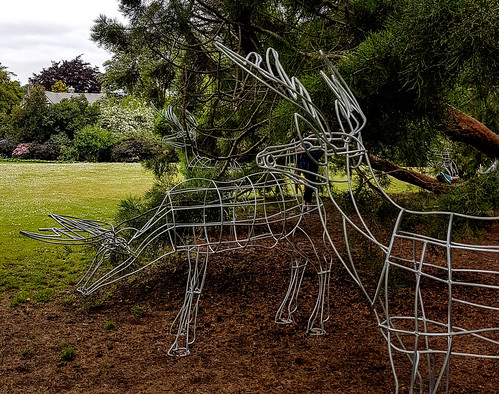 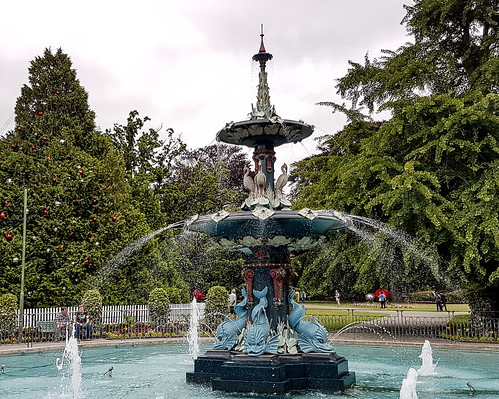 Luckily I was also able to catch up with a couple of my nieces that I don’t get to see when I go home as they live elsewhere. It’s always great to catch up with family when I don’t get to see them often. Other than that, I read a book (I think it was my first book in about 3 years!), ate all of mum’s marshmallows (I love marshmallows) and had a pretty relaxing time overall.

Unfortunately coming home was not to be as easy as I first thought. Flying into the GC airport was fine but then getting from there to my place in Brisbane was another thing! In theory it should take about 2 hours & 45 minutes on public transport.. however in reality, it took around 4 hours to get home – this was after a 3 hour flight and having to be at the airport about 2 hours early. Basically I left my mum’s house at about 3am Brisbane time and got to my place about 1pm Brisbane time – that’s 10 hours of travelling! All for a 3 hour flight!!

It would have been way less time however some idiot people decided to piss around getting on the bus & didn’t have the money or the right money. The woman left the husband & kid with the luggage just inside the doorway of the bus to go to the ATM in the terminal. I hadn’t gotten on the bus at this point – I basically pushed my way through, swiped on with my Go Card and took my seat – about 10 minutes later the woman returned with a $50 note.. needless to say the driver wasn’t very impressed. Actually at this point I don’t think anyone was impressed!

So the bus was late leaving, which meant we just missed one train and had to wait 25 minutes for the next one so it kind of added about 30 minutes to the journey.

Oh and did I mention that this was all in about 34 degree Celsius heat?! Anyway, I finally got to my place and pretty much got changed and then sat down in front of the fan and didn’t move for the rest of the day.

So there you have it.. the 2016 Christmas Adventures of Me. Here are some more pics from my visit. 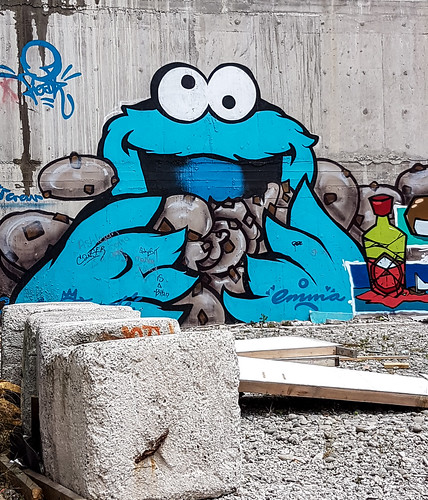 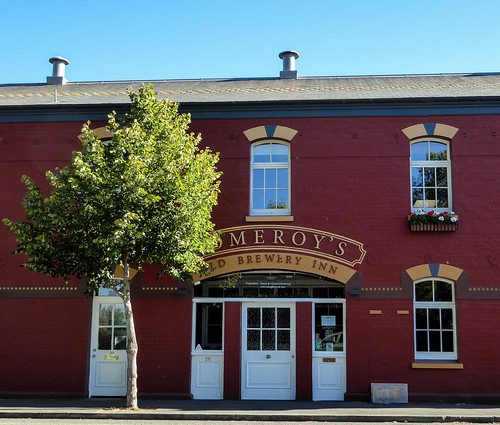 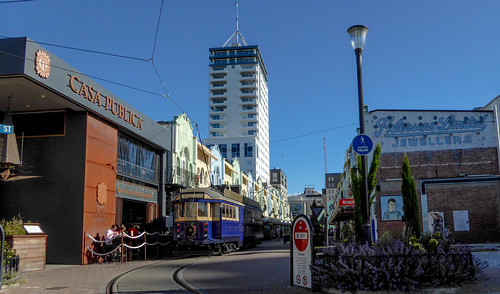 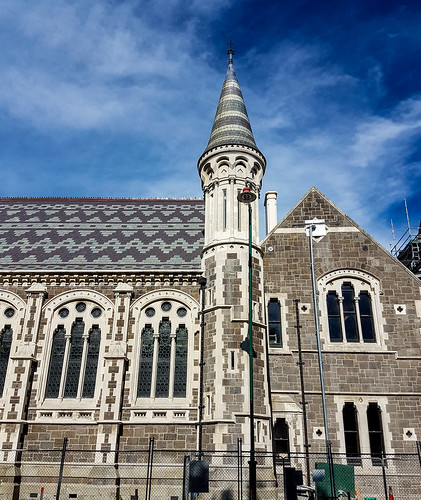 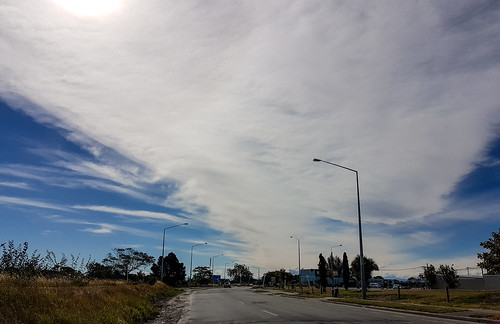 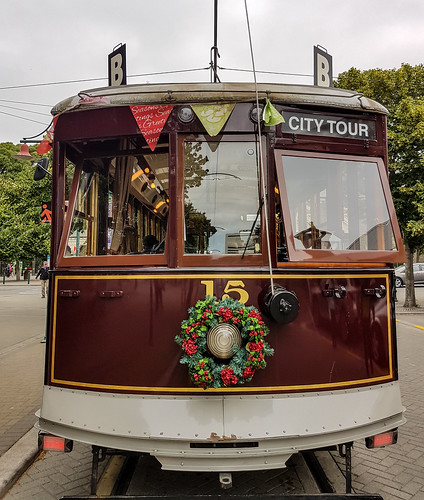 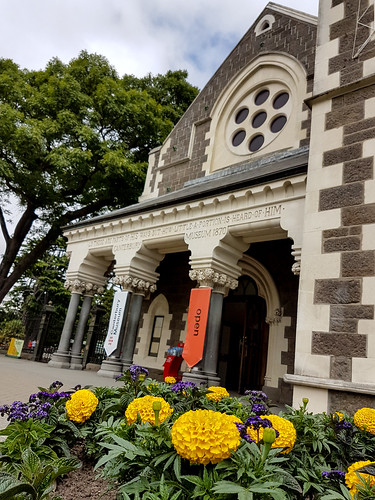 Overall I had a pretty good time – as I usually do when I go home. I hated leaving – which is also a usual occurrence and I am really glad I decided to go home for Christmas.

6 thoughts on “Home For Christmas”