Right, so I’m going to preface this post by saying 2 things:

Back in 2008 I was visiting my sister in New Zealand. At the time she lived just north of Westport on the West Coast of New Zealand’s South Island.  For reasons better known to me at the time, we decided to go for a tramp along one of the local walkways – The Charming Creek Walkway.

We don’t really have forests in NZ, per se but what we do have, we actually call ‘bush’. Also we don’t say hiking, walking or trekking – we say ‘tramping’.

So if you’re in NZ and you hear someone say “I’m going for a tramp in the bush”, what they mean is they are going for a walk in the wilderness (in broad terms).

Anyways…the Charming Creek Walkway is actually part of an old railway line that connected the local mine to the nearby roads. There are a couple of ways you can get into the walkway, my sister & I started at the Hector/Ngakawau end and only walked as far as the Mangatini Falls.

My sister had lived in this area for years but in all the times I had visited, I had never actually done this walk. It was a pretty easy walk (which coming from someone who finds walking to the letter box a hassle (just kidding!!) then that is saying something) and there is some pretty nice scenery – along with the remnants of the old mining settlement.

So without further adieu, here are my Forest Themed photos… 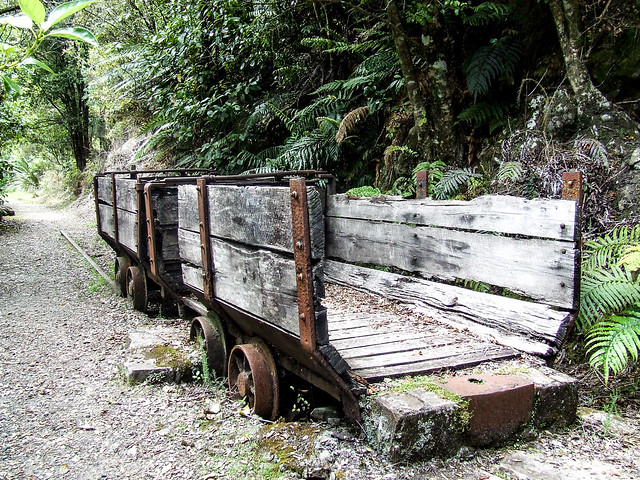 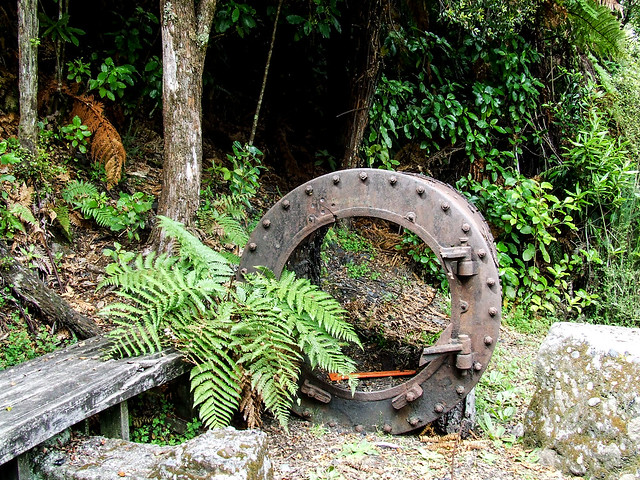 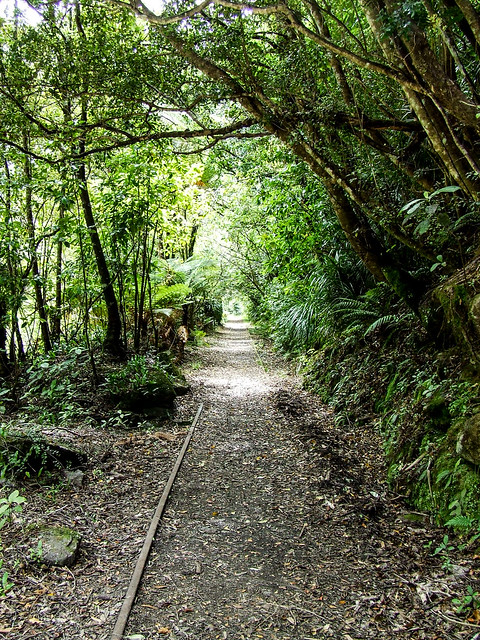 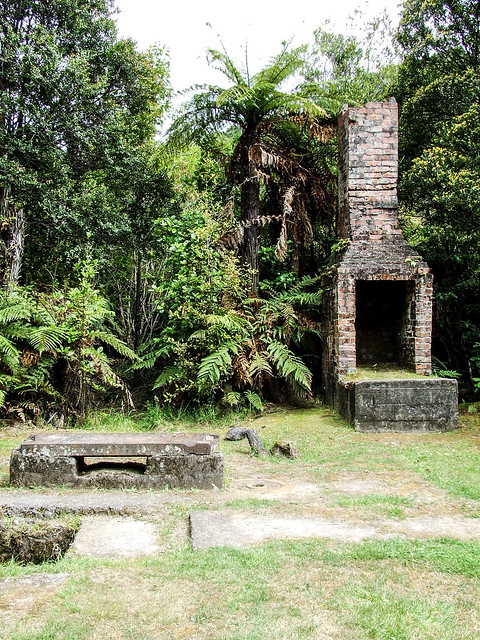 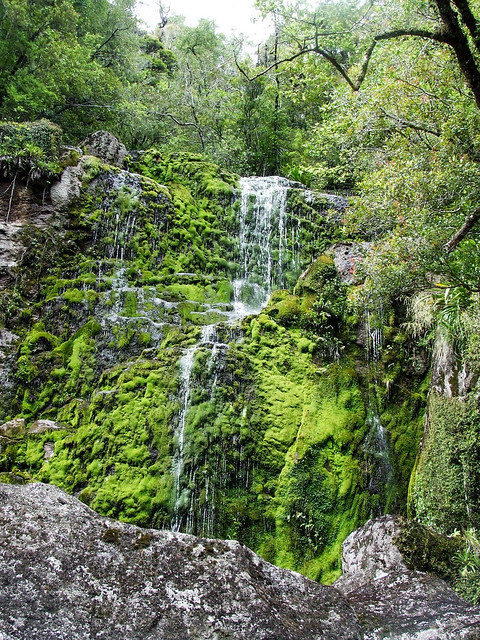 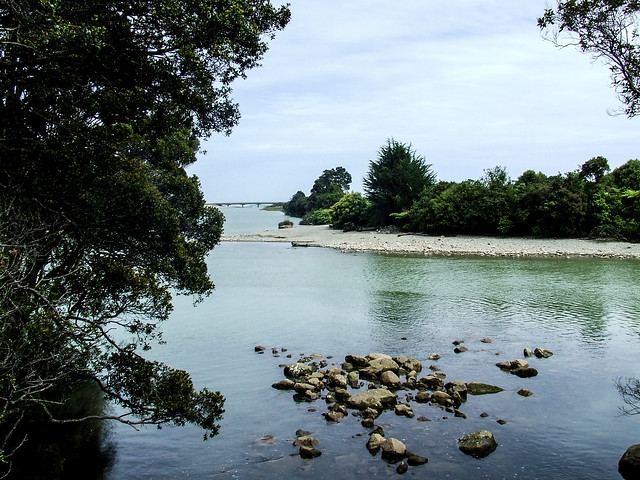 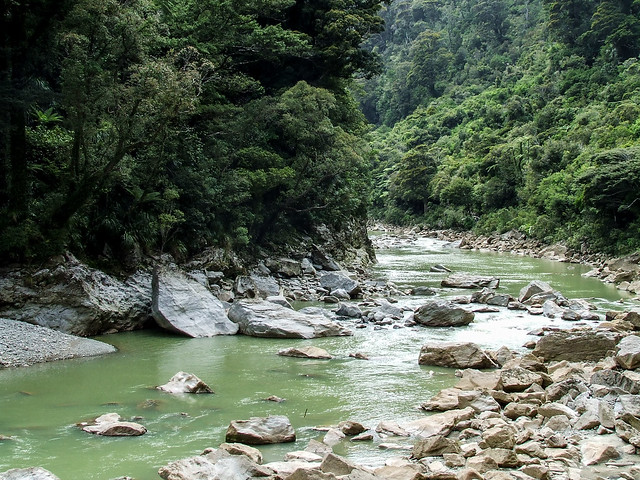 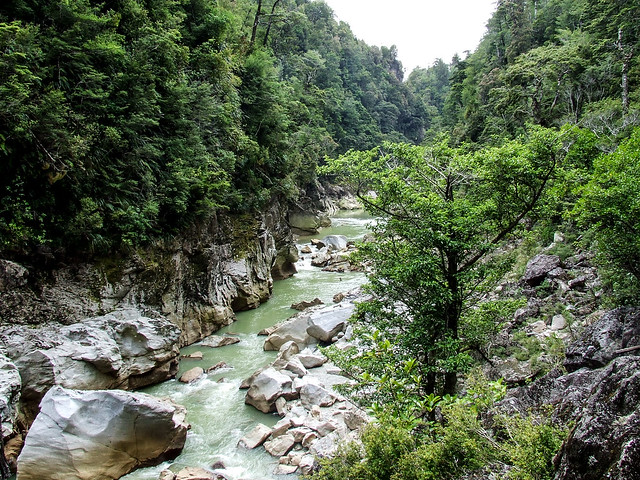 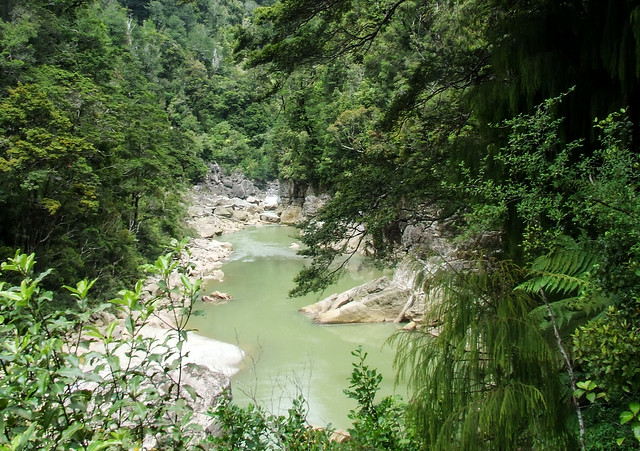 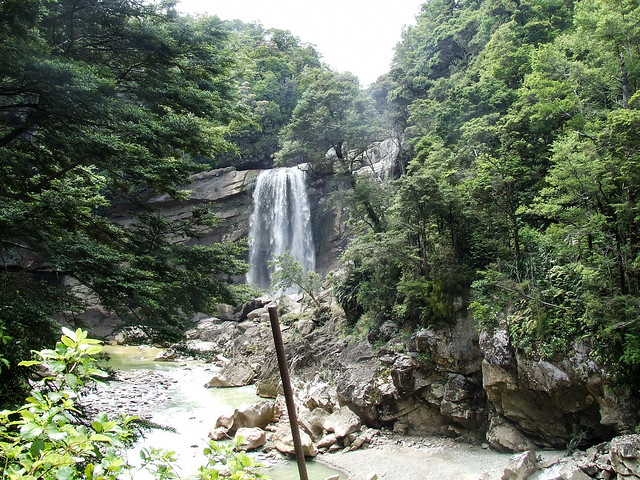 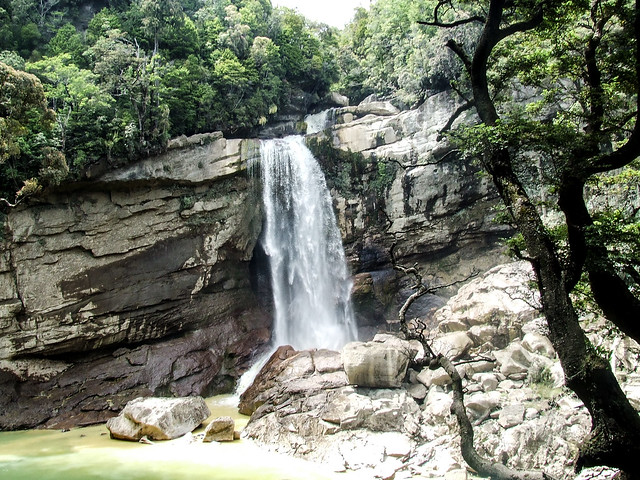 The Koru in Maori culture symbolises new life, growth, strength & peace. It is also the symbol of New Zealand’s national airline, Air New Zealand. I took this photo as I was walking along the path – it was complete fluke and despite taking the photo in 2008, it remains one of my absolute favourites. 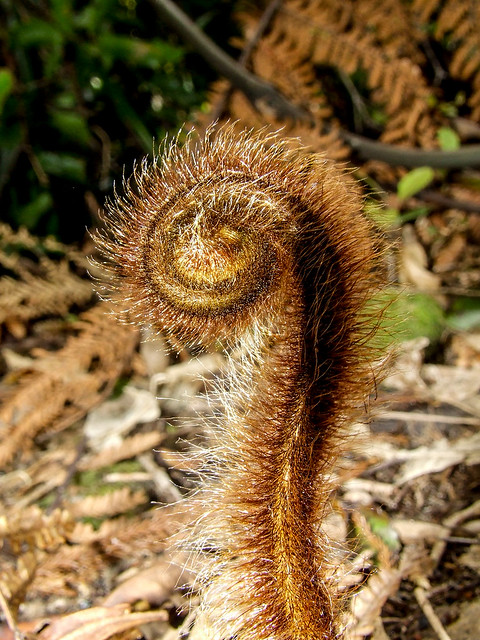 For more about this theme, check out Ailsa’s post here