Each year I like to do something for my birthday. Sometimes that works and sometimes it doesn’t…

Like last years ‘eating pav & watching movies’ sad, lonely little debacle or that one time I actually worked on my birthday – to be fair, my friend Marey did bake me a Cookie Monster cake! So it was kind of worth it.. kind of.

But then there are times when I manage to pull off something pretty spectacular… like the time I flew down to Sydney for the day – I was totally buggered by the end of it but it was totally worth it. Or the time in 2012 I was in Hawaii with two of my nieces – as one of them put it recently “Adventures during the day then it was like camping at night-time with girly talks”. Still one of the best holiday’s I’ve ever had.

Of course I can’t mention epic birthdays without talking about 2010 when I was at an All Blacks vs England game at Twickenham, England with another of my nieces… that birthday has yet to be topped.

This year, I went with something a little closer to home. I always have some grand idea of what I want to do for my birthday and my first choice of the Jacaranda Festival in Grafton, NSW fell through for different reasons. I didn’t want to stay at home doing nothing this time – I mean that’s my usual weekend so I had to do something different for my actual birthday.

I came into work one day a couple of weeks ago, announced I was going to Toowoomba and then proceeded to buy a Greyhound ticket right then so I wouldn’t talk myself out of it. Toowoomba lies about 130km to the west of Brisbane and takes around 1 hour 45 minutes on a good day, to drive there. It is known for the Carnival of Flowers held each September and, according to Wikipedia “Toowoomba is the most populous inland city in the country after the national capital, Canberra”.. plus I had never actually been there.

So Sunday 6th November at 10am I boarded my Greyhound bus to start my Toowoomba adventure:

I choose to go by bus to Toowoomba because a) I don’t have a car and b) it was cheaper by bus then to rent a car with everything that goes along with renting a car. There are a couple of options when it comes to the bus services, but I chose to go with Greyhound because the times suited me best. We left from the Roma Street Coach Terminal, located on Level 3 of the Roma Street Transit Centre roughly on time at 10am. This meant we would get to central Toowoomba around 11.45am, just in time for lunch.

Heading to Toowoomba, there wasn’t a lot of people on the bus – there was no one sitting behind me and I was about halfway back on the bus. The seats were comfortable and reclined if you wanted. There were USB plugs in the seat in front of you so you could charge your devices; WiFi was available; there was a toilet onboard and there was also a plastic bag provided for your rubbish. Coming back on the 4pm bus, it was slightly different – there were a lot more people but luckily I managed to get a row to myself.

There is a bit to see on the way – loads of Aussie bush but keep an eye out for the signs for the Marburg antique store, I really need to go there now because of them. At this time of year there were quite a few Jacaranda trees in bloom and of course, checking out other motorists always passes the time.

TIP: One thing to remember in Australia is that if there is a seatbelt provided, by law you must wear. 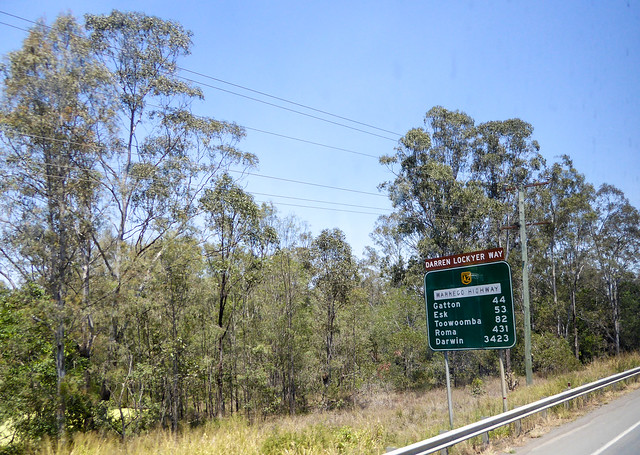 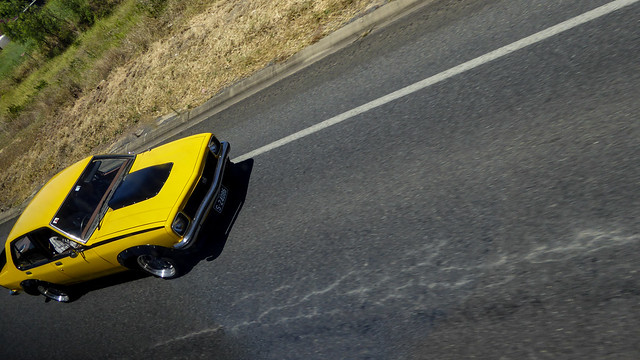 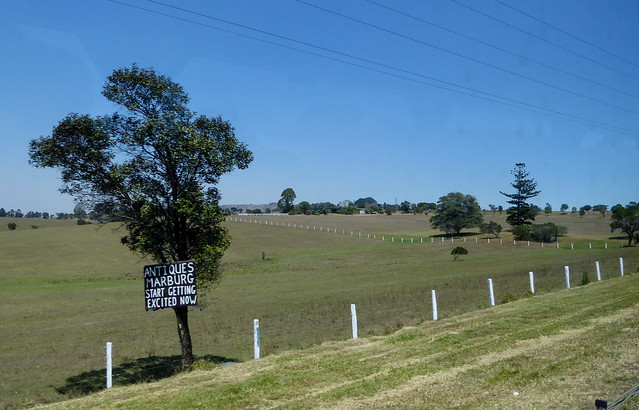 Now, I’m not a foodie by any means and I’m not really fussed on gourmet food so finding somewhere good to eat really isn’t that high on my list. In fact, when I look back at what I actually had on the day, it was really nothing at all.

I knew that I wanted a cake of some kind – I mean it was my birthday after all. I managed to find this cool place as I was walking down a random alleyway – The 3rd Monkey. I got a delicious strawberry milkshake and very yummy strawberry gluten-free cheesecake. The service was brilliant and they didn’t bat an eyelid when I asked for the number six to take photos coz it was my birthday.

I had been told about a new food area called Walton Stores – sadly I didn’t know where it was until the end of the day (even though I had actually walked straight past it when I arrived!) but I really want to go back and check out the food places in the area. As I was walking the streets, I did seem some very cool eateries and a lot that I would like to try out next time I’m in the area.

I ended my day with a delicious gelato shake with the flavours Raspberries & Cream and Chocolate from Gelatissimo. It was my first gelato experience and I have to say I really enjoyed it. 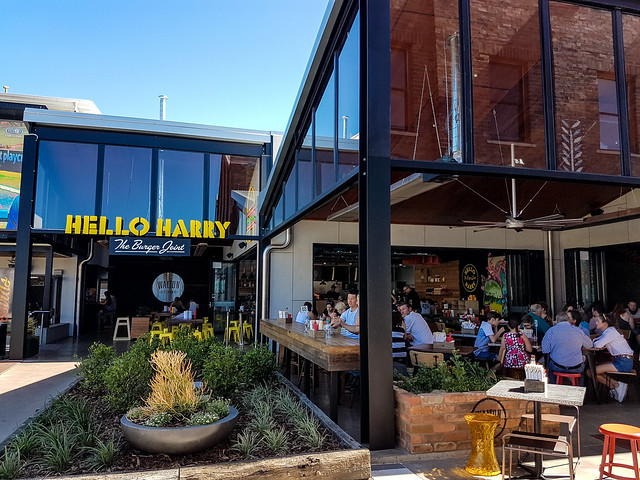 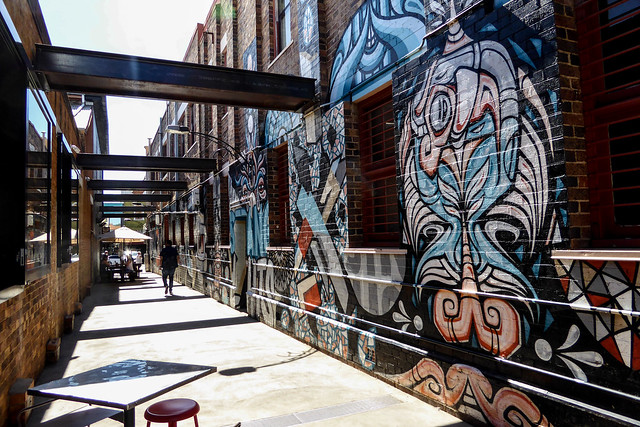 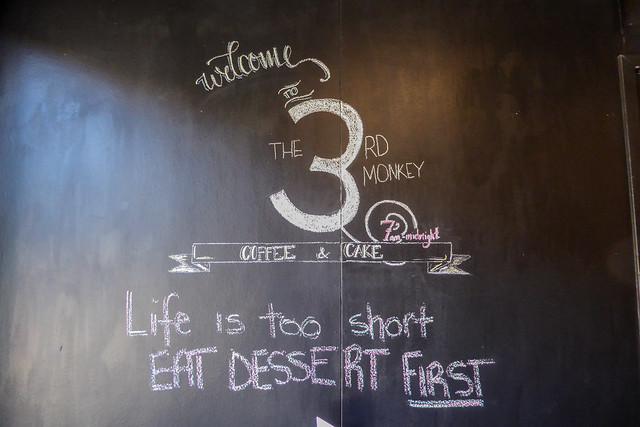 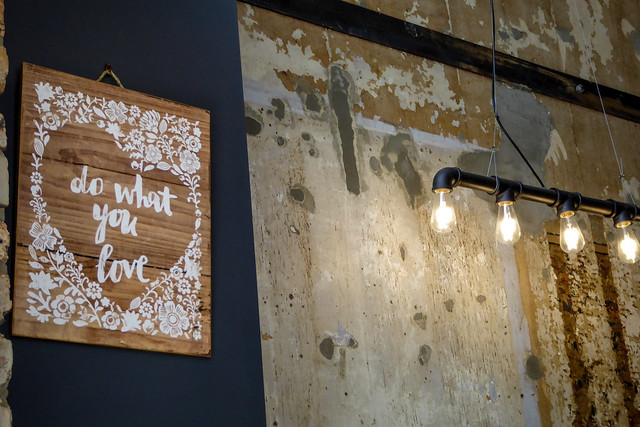 Just to give you a bit of background – I have two very dodgy, arthritic knees so a lot of walking can aggravate them a lot. With that in mind, I knew I would be walking around Toowoomba so I tried to keep it as central as I could – and see as much as I wanted to.

The thing I loved about Toowoomba was that there were a lot of seating. You go some places and there is no seating in public areas unless it’s a cafe or restaurant but not here. Down the main stretch of Margaret Street were seating areas either side of the road – it was great for an old person like me.

I did manage to see most of what I thought I wanted to see, though I have since learned about more of what Toowoomba has to offer. I got my photo of a Jacaranda, which I was happy about. I hung out at Queens Park and just basically checked out the streets and what was on them. 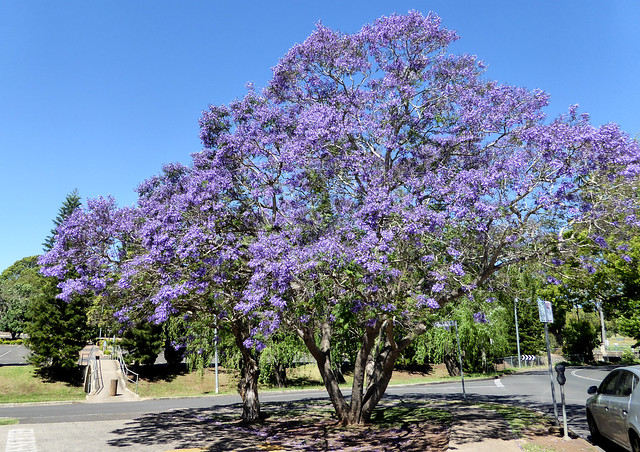 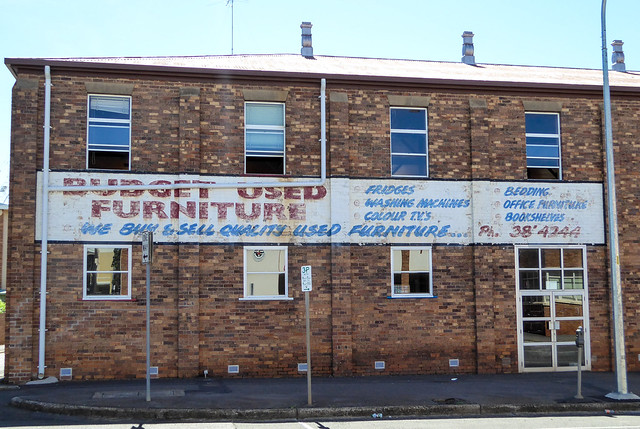 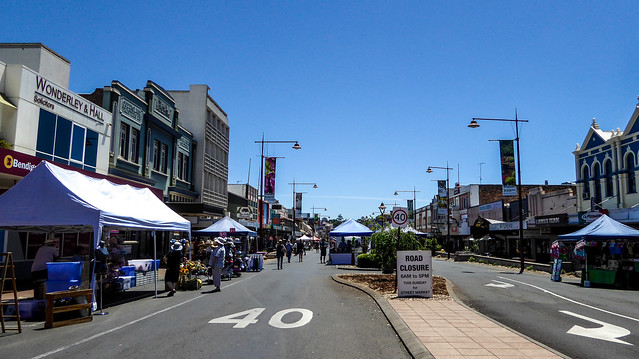 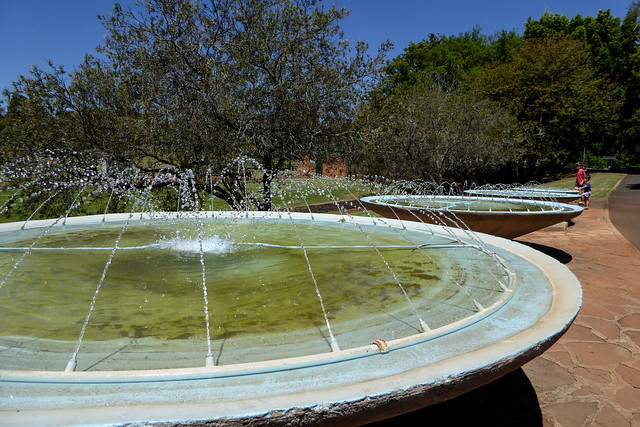 I love architecture that tells a story – whether it’s an older building or something new and modern. Toowoomba doesn’t have skyscrapers, there was no building over about 10 or so stories that I could see but what it did have is some rich historical architecture, and I’m pretty sure I didn’t even see the half of it (or quarter of it!).

One building I did fall in love with, and one I nearly didn’t get to see it, was the Empire Theatre. I have since done some research on the building and apparently the 1911 original structure was destroyed by fire. It was rebuilt in 1933 and now we have the gorgeous Art Deco building to show for it. 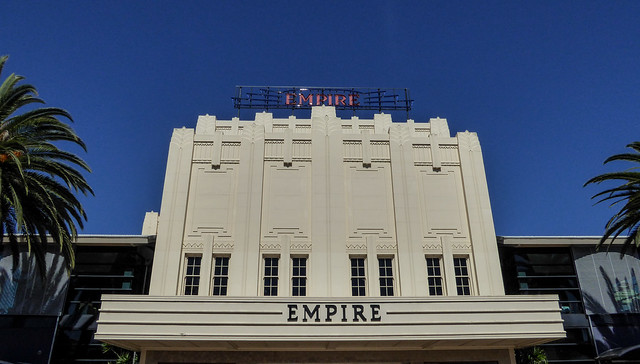 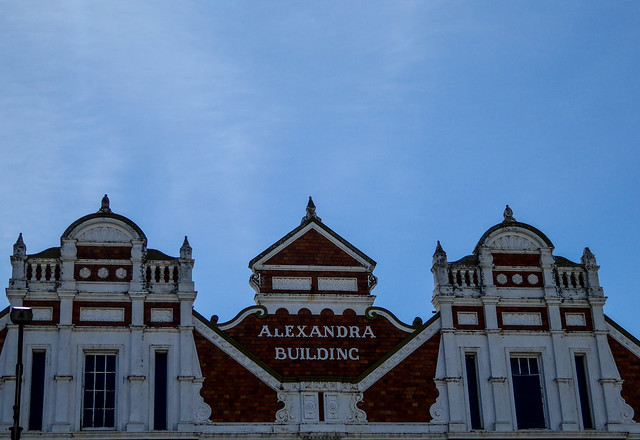 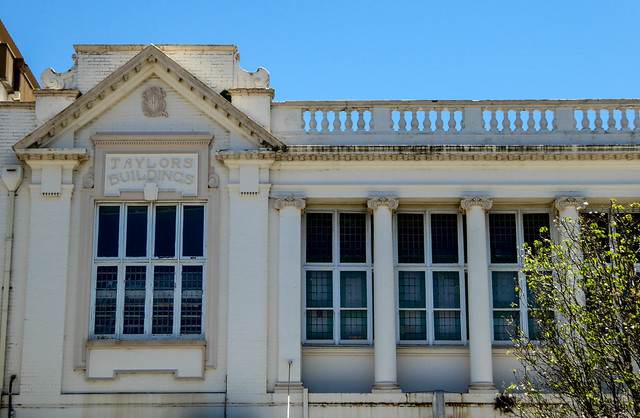 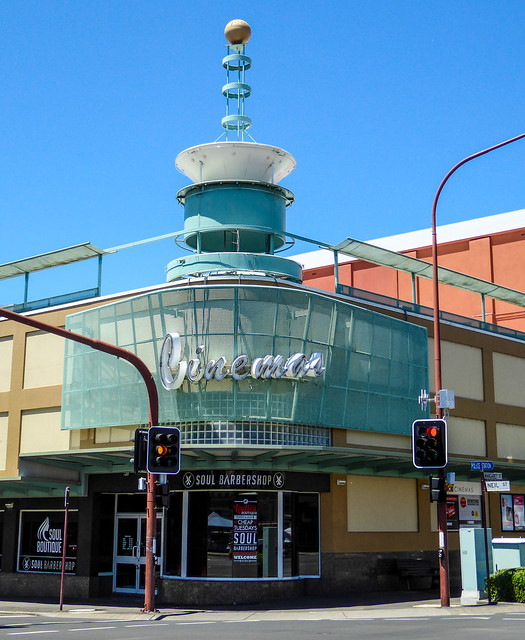 As many of you know, I love street art and I knew that Toowoomba had a thriving street art scene, spearheaded by First Coat. Just wandering around the area I explored, I came across some very cool artwork including an amazing elephant painting. I loved wandering down the little alleys to see what I could find – it was something you would expect in a big city like Melbourne, not a (essentially) big country town.

Check out this video .. 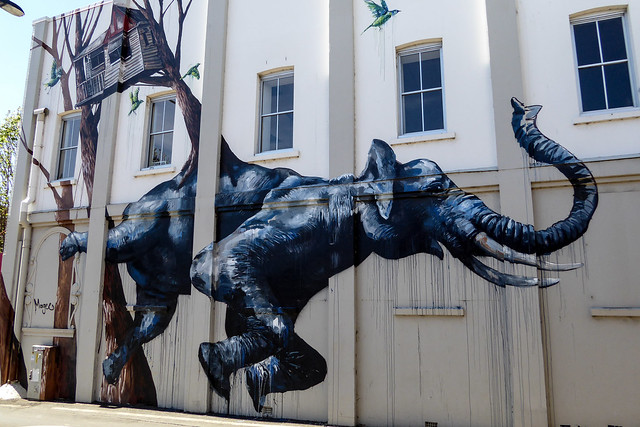 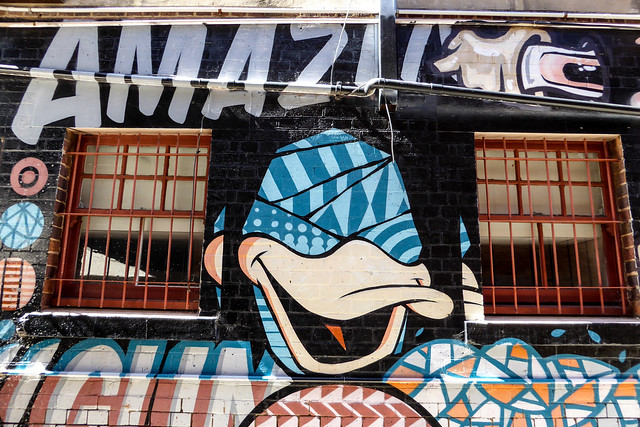 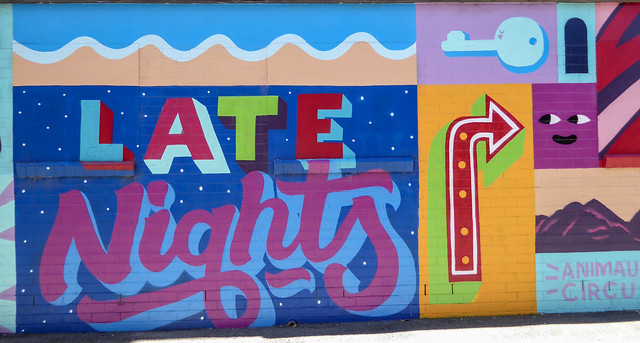 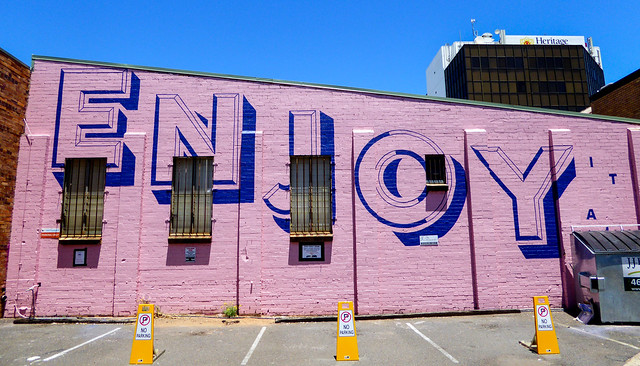 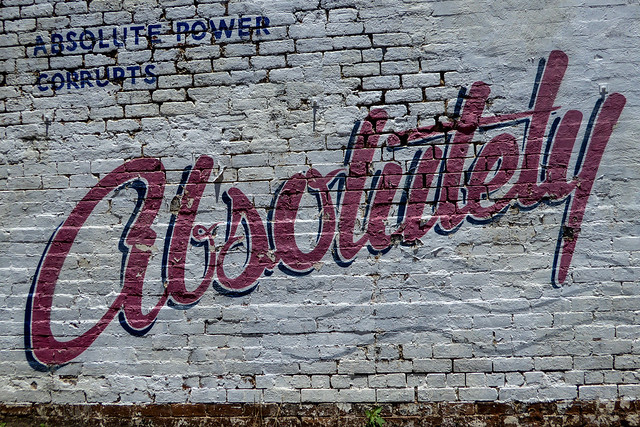 I was surprised to find Toowoomba as ‘young and funky’ as it came across. Yes it has the historic vibe you would expect from a city like this but the street art, up & coming eateries and the hidden alleyways really brought a youthful and accepting nature to the city.

I would definitely love to go back and explore some more. It is definitely a place I would recommend to anyone visiting Brisbane head to for the day or even a couple of days. 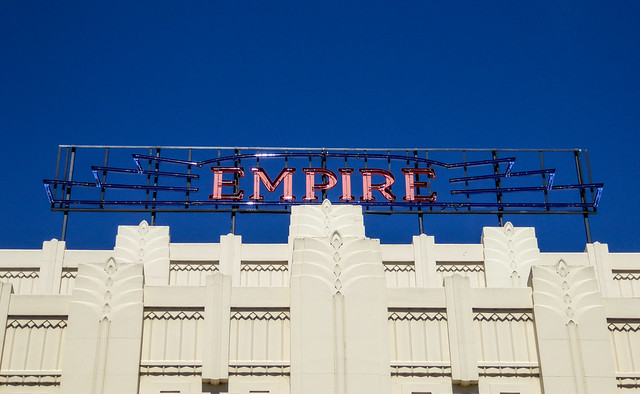 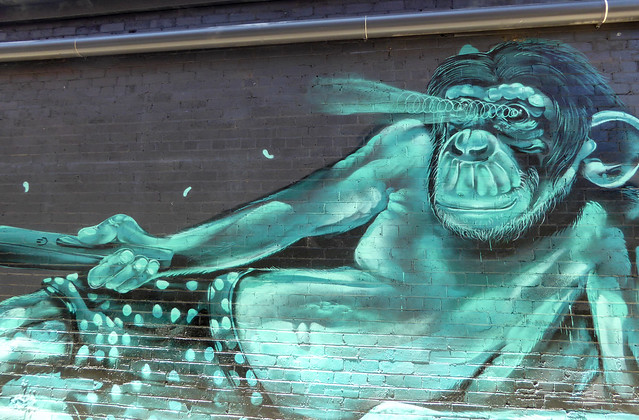 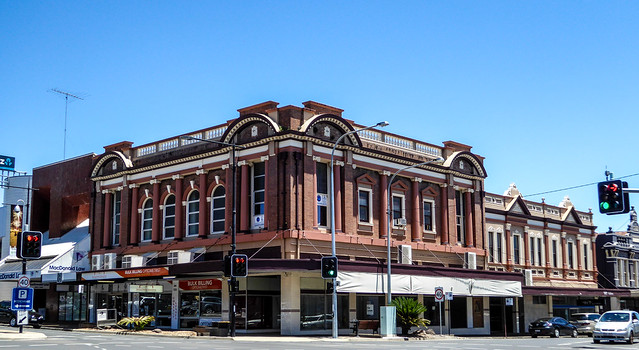 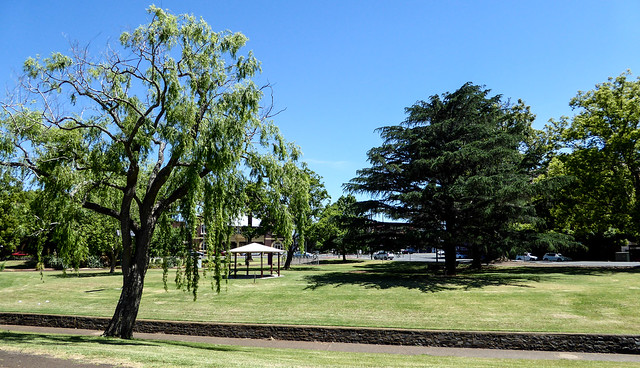