My trip down the Great Ocean Road

Back in 2011 I headed down to Melbourne for a few days and decided to do a day trip down part of the Great Ocean Road with Wildlife Tours. I had never been to that area and had heard a lot of great things about the journey. Even though I was only in Melbourne for a short time, I thought it was a perfect chance to do the day trip. 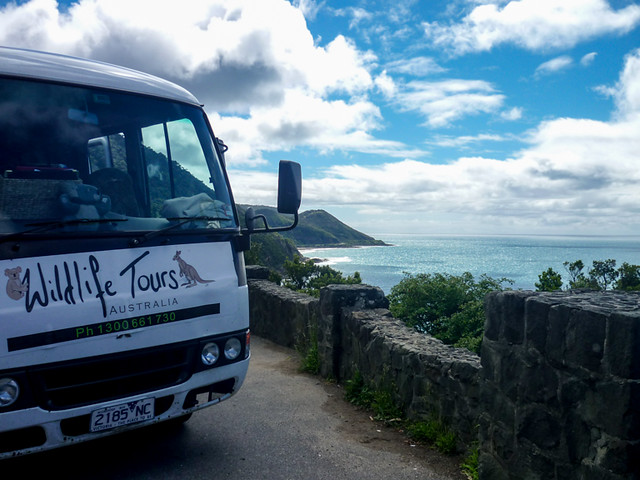 For those who don’t know about the Great Ocean Road, it is one of Australia’s most famous and scenic road routes. The 243 km of road along the south-eastern coast of the state of Victoria, was built by returning soldiers between 1919 – 1932 and dedicated to those who did not return from World War 1. As a result, this Australian National Heritage listed road is the worlds largest war memorial.

It is recommended you take your time down the Great Ocean Road, preferably 3+ days to get the full effect of the area but if you are limited with time then the next best option is a day trip from Melbourne. The day trip makes for a long day – I got picked up around 7.30am and dropped back off around 9pm.. and we covered a lot of ground during that time.

The trip included a stop at Bells Beach, a renown surf beach; Kennets River to check out some wildlife; Apollo Bay for a spot of lunch and then onto the famous Twelve Apostles; Loch Ard Gorge and finally London Bridge. From there we headed inland back to Melbourne, via Colac for dinner. A total of about 535km all up.

Overall, it was a great day out. Our driver, his name completely eludes me but I know he was South African, was very informative, telling us loads of stories along the way. There were probably about 20 of us in total, so the group was quite small – which is always good I think. The tour also included morning tea, lunch and park entry fees.

So without further adieu.. here are some photos from the day:

Bell’s Beach is around 100km south west of Melbourne, before you hit the Great Ocean Road. It is also home to the world’s longest running surfing competition – the Rip Curl Pro Bells Beach, held around Easter each year. 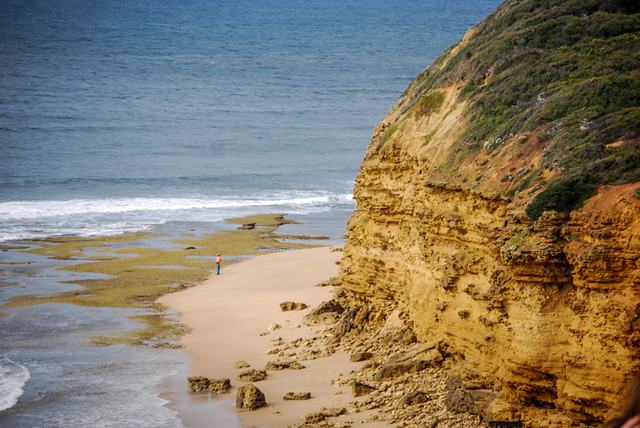 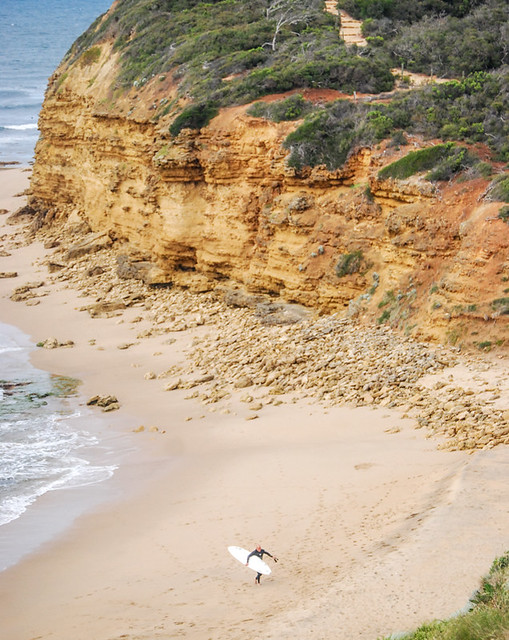 Kennett River is a great place to stop along the Great Ocean Road. You get to feed the local birds plus go for a bit of a walk and you might spot a koala or two in the trees. Unfortunately the day I went, they all seemed to be hiding – I did manage a kind of photo! 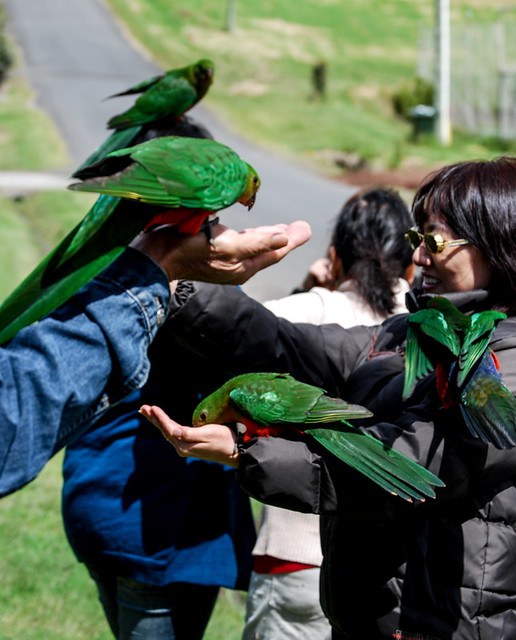 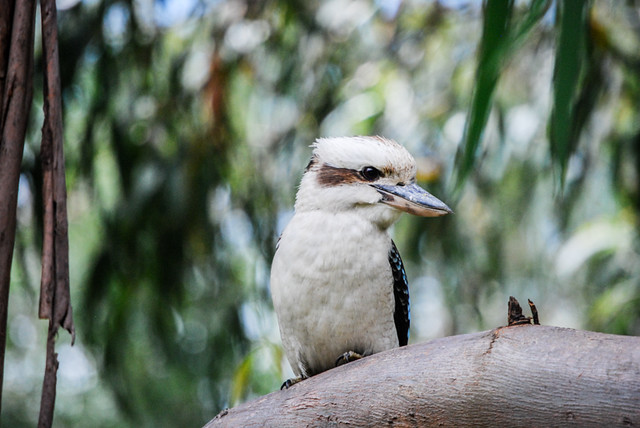 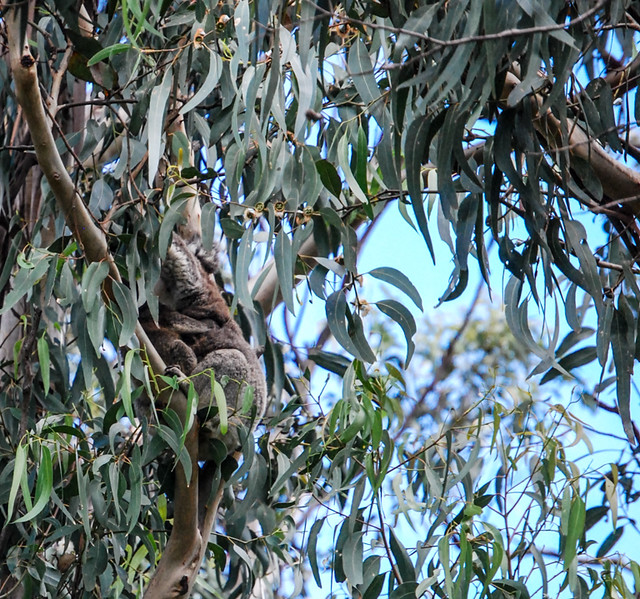 Apollo Bay was our lunch spot and we also got the chance to go for a bit of a wander down to the beach before jumping in the van for the next leg of the journey. 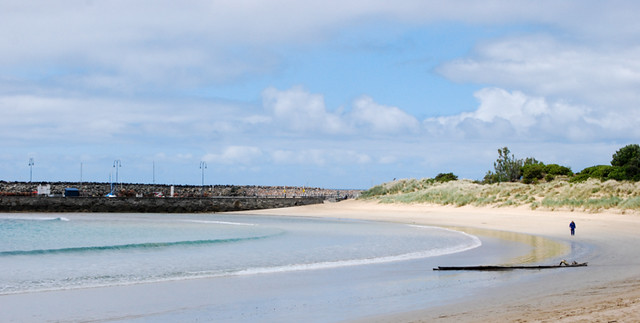 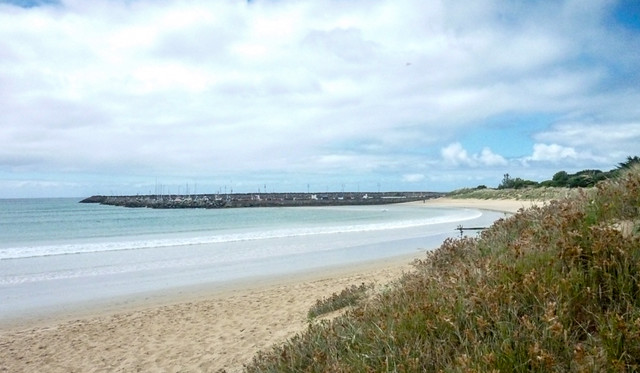 Maits Rest Rainforest in the Otways, was a bit of a change to the coast views we had enjoyed on the drive. There is a wooden boardwalk you can walk along to enjoy the area. What was unexpected for me is just how much it reminded me of the New Zealand’s West Coast. 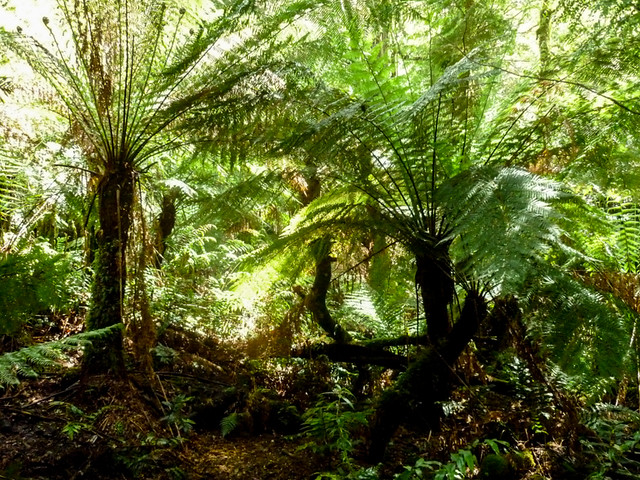 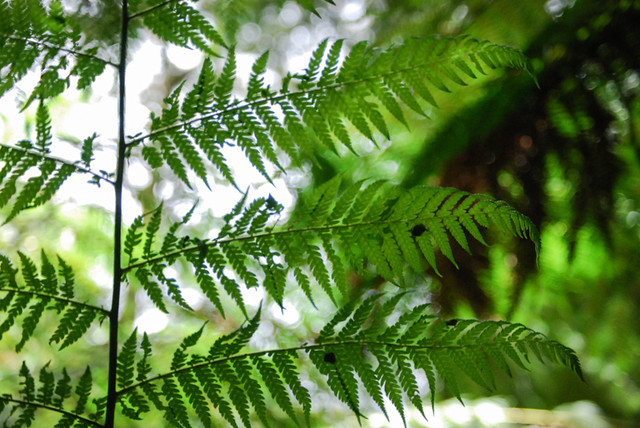 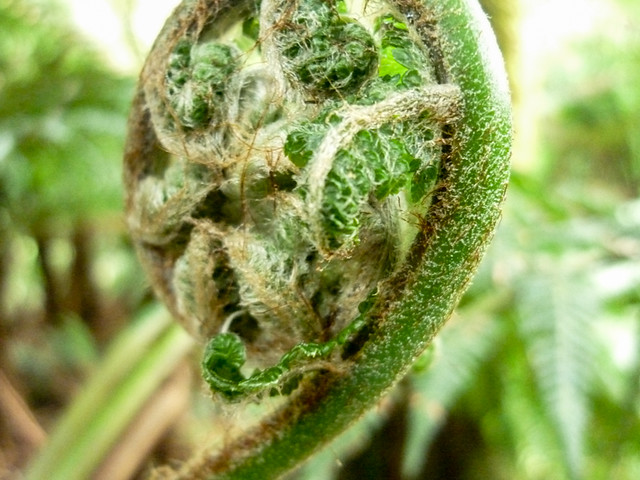 We had a few ‘photo opportunity’ stops along the way – including the obligatory photo under the Great Ocean Road sign. The colour of the water along the drive was amazing!! 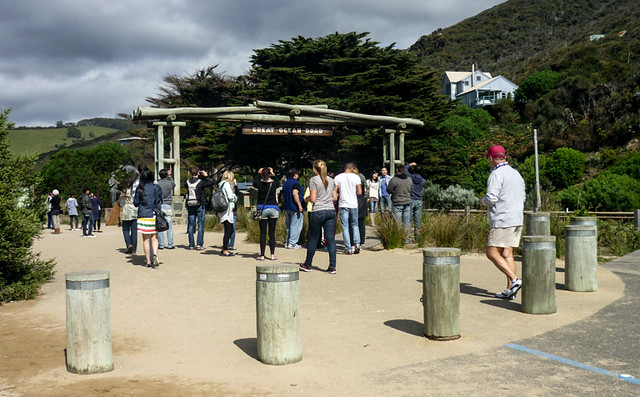 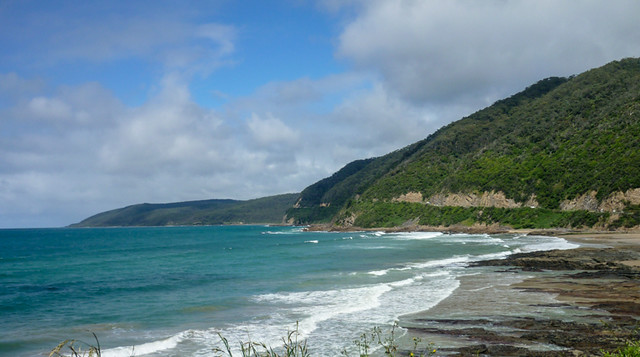 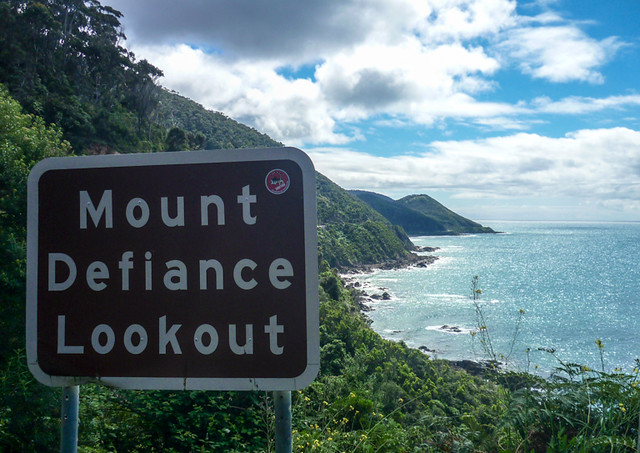 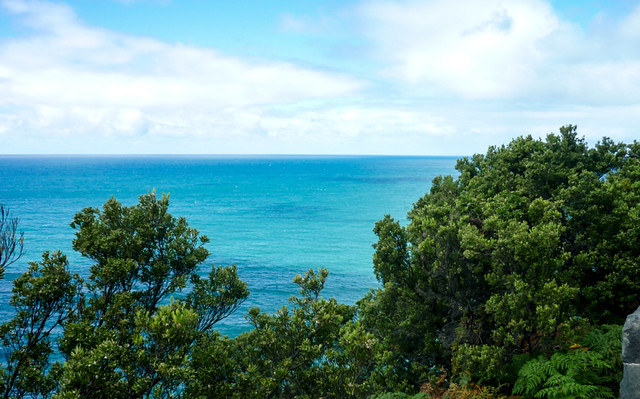 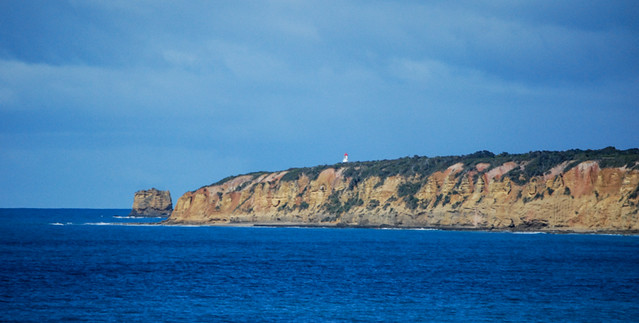 The Twelve Apostles are slowly dwindling. The limestone stacks are becoming more and more corroded over time. There are currently apparently only eight stacks, so it is worth going just for the opportunity of seeing them before they all disappear. 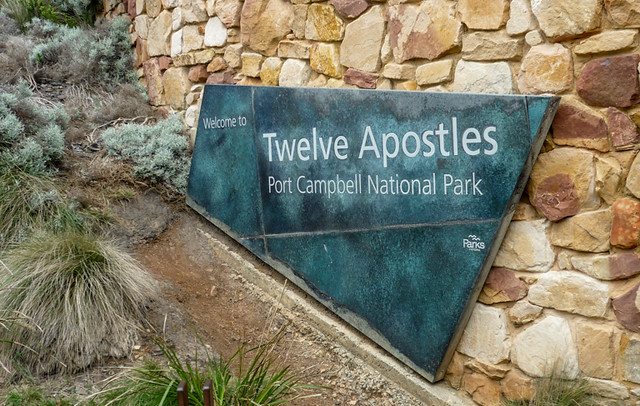 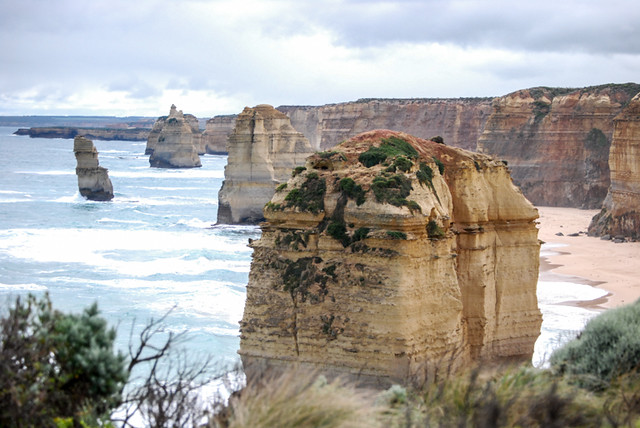 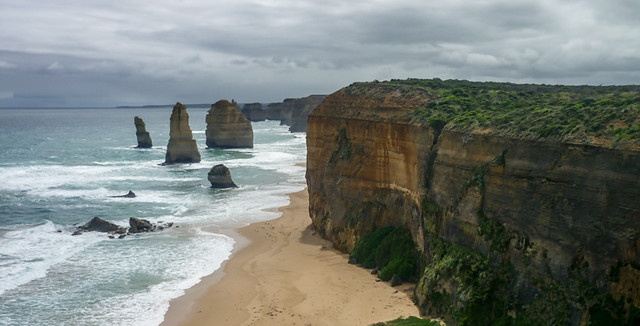 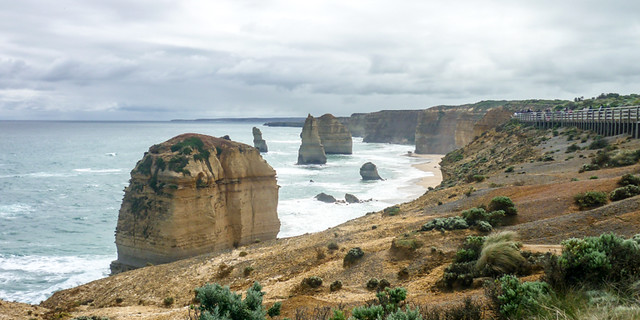 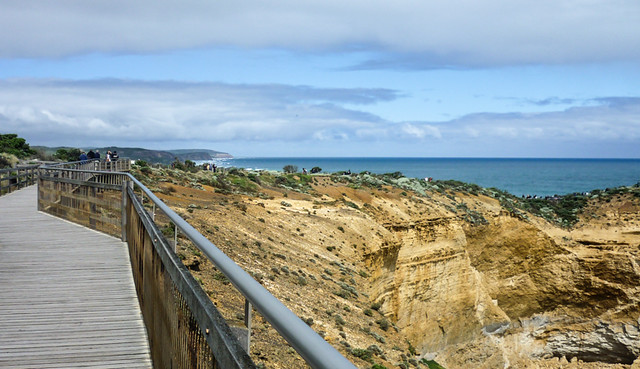 This was my favourite part of the whole journey & totally worth the climb down to the beach (not so much the climb back up!). The history of how the gorge was named adds even more drama to an already dramatic area.

Back in June 1878 a clipper ship called Loch Ard ran aground on nearby Muttonbird Island. It was nearing the end of a 3 month journey from England to Melbourne with 54 passengers & crew on board. Only two people survived the accident – Tom Pearce, 15 year old ships apprentice and Eva Carmichael, a 17 year old Irishwoman emigrating with her family.

Tom got washed ashore then hearing Eva’s cries for help, Tom saved her from drowning. He then proceeded to climb out of the gorge to raise the alarm – there were no stairs up the top in those days! After only three months in Australia Eva returned to Europe. Given that four of her family members drowned that night, it is kind of understandable. Tom was hailed as a hero, and lived until the age of 49. He is buried in Southampton, England.

The romantic in me would have loved for the story to end “and they lived happily ever after” but I guess real life doesn’t work that way.

Such a sad story for such a beautiful area. 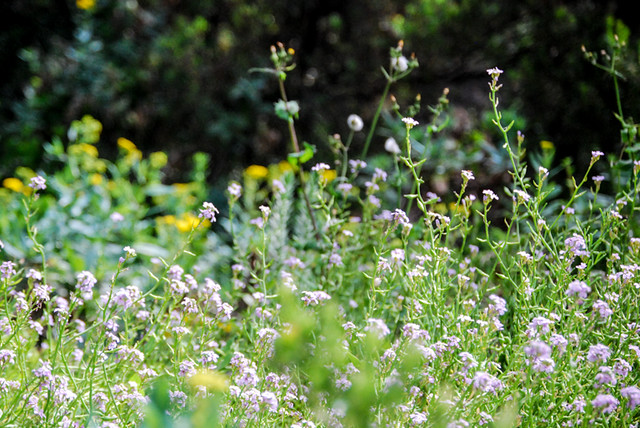 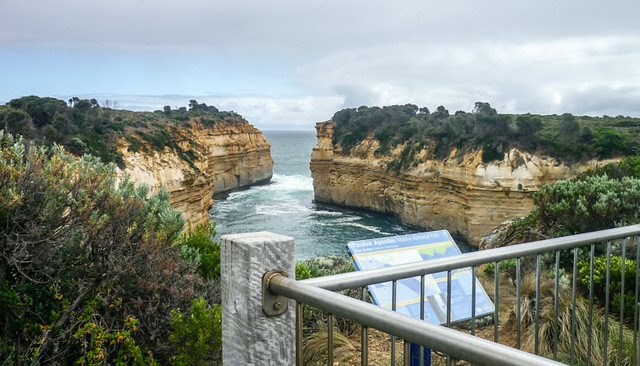 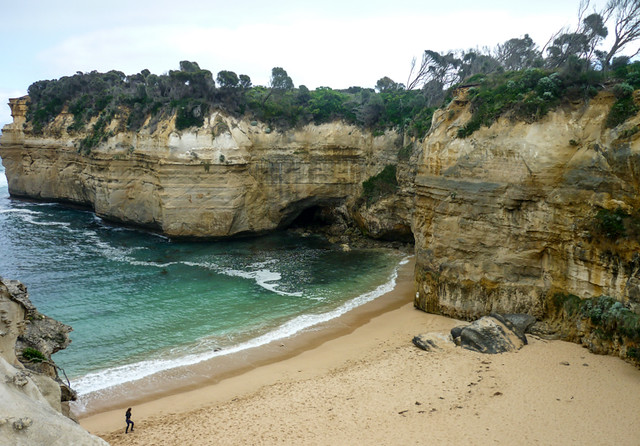 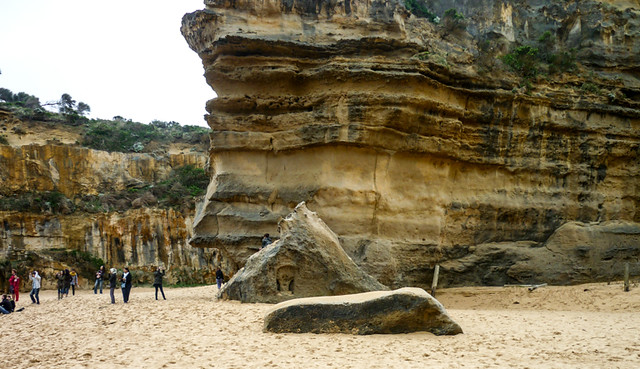 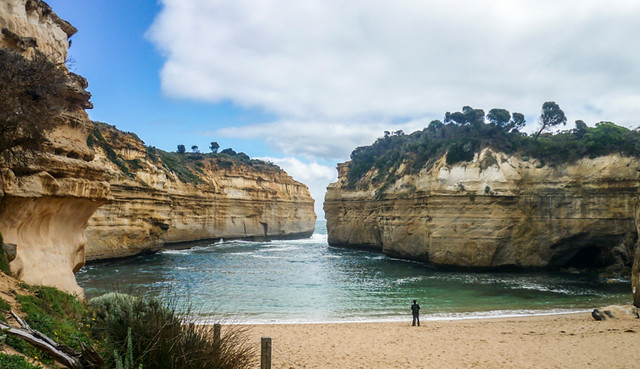 London Bridge was originally a natural archway & tunnel until part of it collapsed in 1990 and became a broken bridge. If you time your visit right, you might even be able to see the local penguin population returning home. 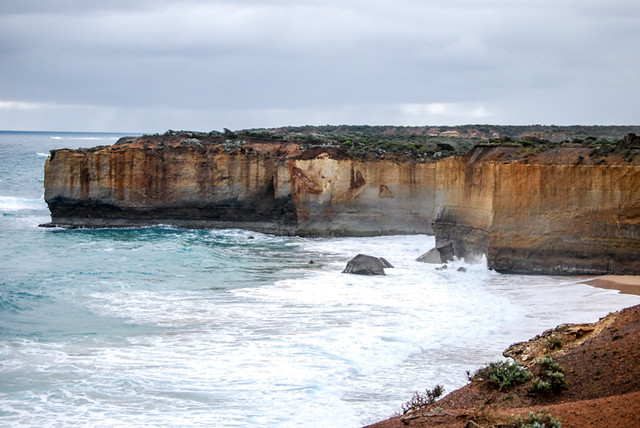 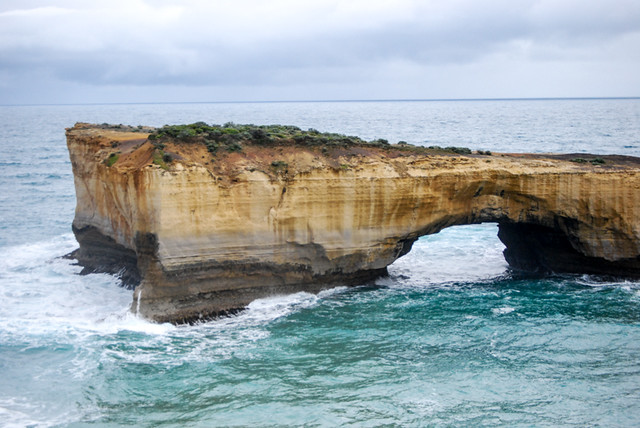 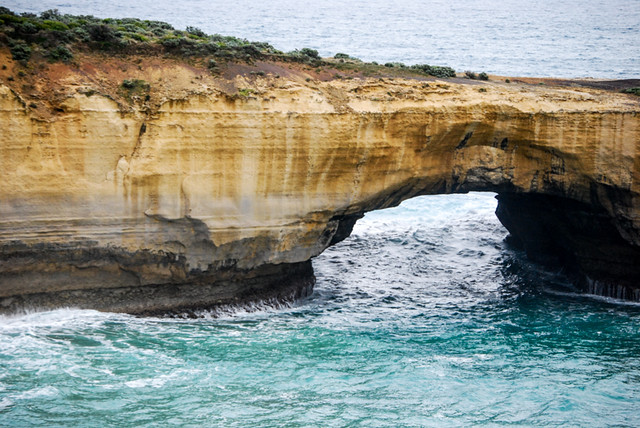 Have you been down the Great Ocean Road?