On a Sunday, my dad would don his white engineer overalls, get in his car and go out. After a few hours, he would return with his white overalls now black. He had been on the Tug.

We always just called it “the Tug”. It didn’t really need any other description, we all knew what it meant. My dad was part of the ‘Tug Lyttelton Preservation Society’ with a few mates and each Sunday they would load up the historic tug boat with people and take them out onto the Lyttelton Harbour, just over the Port Hills from Christchurch City.

I went a couple times, that I can remember. But I got seasick so it wasn’t my favourite thing to do. But my dad loved it. He had been an engineer in the NZ Navy so of course felt right at home in the boiler room of this little tug.

A few years ago – after my dad had passed away and Christchurch had suffered those horrible earthquakes, I was hit with a bit of nostalgia and I decided to go and photograph my childhood. I went around the parks I had played in as a kid; the giant whale down by the beach that I could never got on top of; and of course the Tug Lyttelton – still moored at the docks of Lyttelton & still taking passengers out on the harbour on a Sunday afternoon. 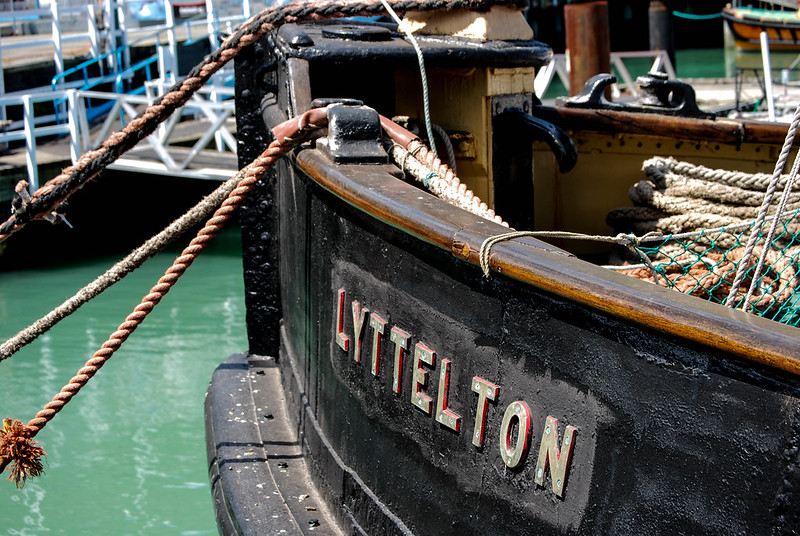 One thought on “The Little Tug That Could…”