If you had asked me the question “are you a geek?” 5 years ago, my answer would have been a resounding “NO!”… now? Well lets just say I am learning to embrace my inner geek.

This weekend is Brisbane Comic Con. For those of you who don’t know, ‘comic con’ is where you can freely express your geeky love for your favourite movie or TV show/genre or your favourite actors/graphic designers in a safe and welcoming environment.

There are loads of ‘cons’ around the world; in Australia we have Comic Con and Supanova. Both are held in different cities around the country at various times of the year. The biggest fan convention would probably be the San Diego Comic Con, which is held each year and draws not only some of the biggest names in movie & TV but also hundreds of thousands of fans.

This was my second Oz Comic Con but I have also been to two other fan conventions – one for Benedict Cumberbatch (which started it all) and one for the TV show, Supernatural.

Which brings me to yesterday. Comic Con isn’t just about meeting famous actors, spending a few precious seconds in their presence and having your photo taken with them; but it’s also about the other people you meet – the girls in cosplay who shared their table with you at lunch; the people you sit next to at a panel and have a chat about the day; the girl you meet and fangirl over your favourite actor with. All these experiences are what really makes the day.

Ok meeting your favourite actors really does help too  🙂  (and yes, the Famous Person Jacket did get a workout too)

I never really thought I was a geek but it’s at times like this that I realise that I really am and that’s ok because I know at these conventions I will be able to meet people and we will embrace our inner geek together.

Here are some other photos from the day:

There are a lot of panels throughout the day – from the actors to graphic designers to cosplay panels, there is something for everyone – I randomly went into a cosplay one and it was actually very interesting. Here’s the ones I went to:

Christian Kane – he was the main reason I went to Comic Con this year. I have watched him since the late 90’s when I first saw him in the TV show, Angel (hearing him talk about how he hated Lindsay was very funny). My favourite roles of his are Eliot Spencer in Leverage (which I am currently rewatching for about the fourth time!) and Jake Stone in The Librarians. He is also a very talented musician (more on that later). 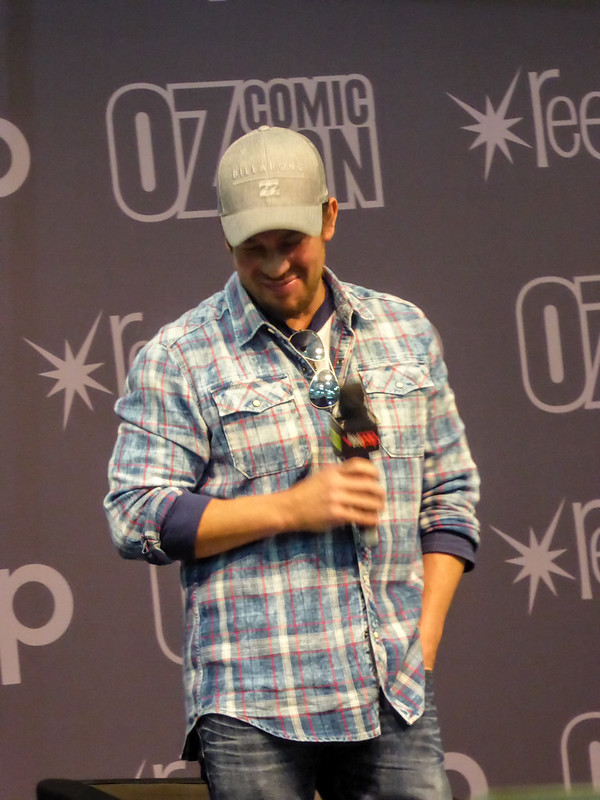 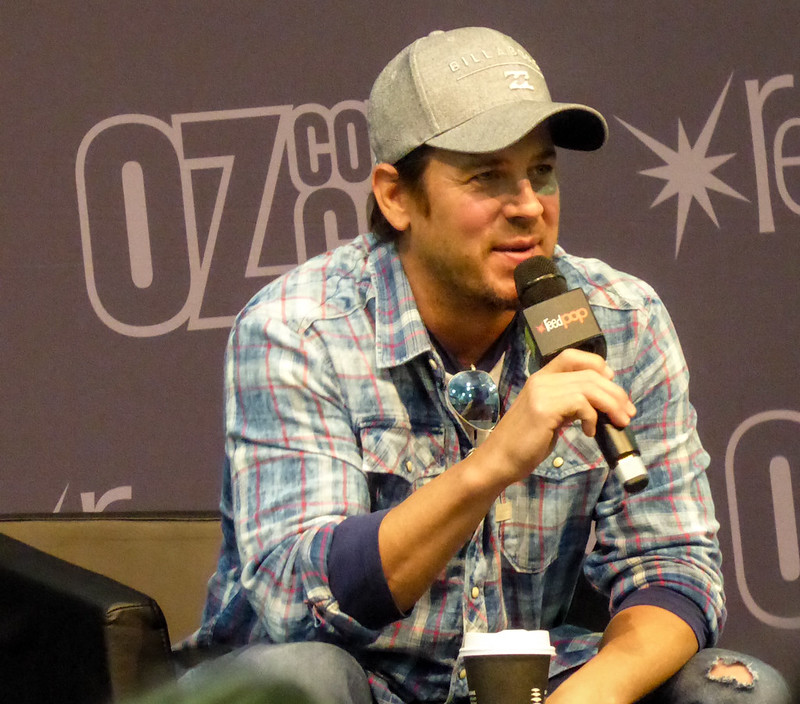 Aaron Ashmore – I had seen Aaron in a couple things, but wasn’t a big fan. I went to his panel because I just wanted to sit down to be fair, but it was actually very interesting and he is a great conversationalist. 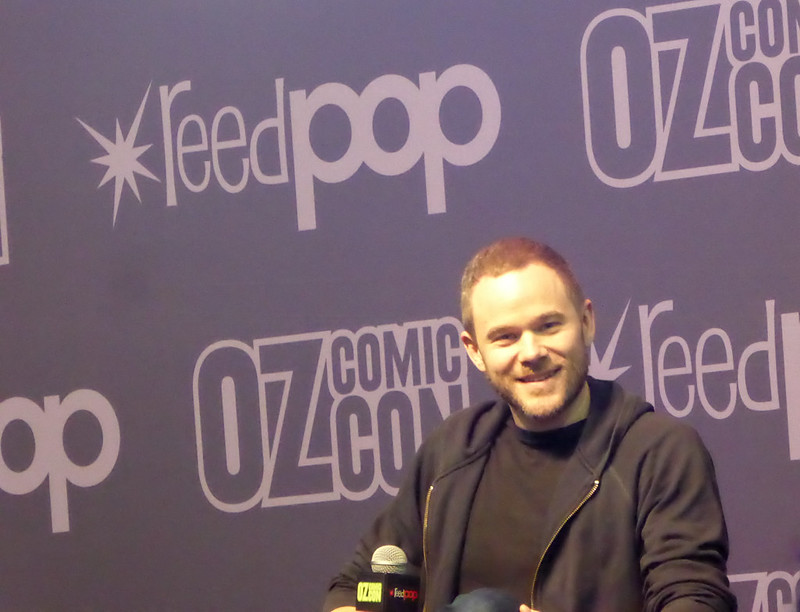 Timothy Omundson – I met Timothy last year at the Supernatural – All Hell Breaks Loose convention and he was brilliant! This year was great because I got to learn more about his other work. I had no idea he was in Psych! I had watched the show and because he looks so different, it just didn’t register. Highlight was him getting us to sing Happy Birthday to his wife because it was her birthday the next day. Timothy is a very funny man! 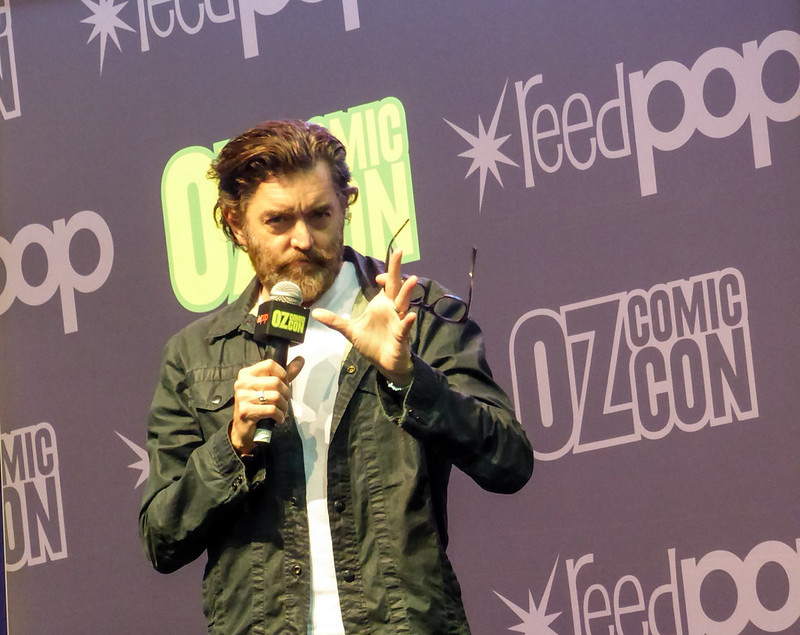 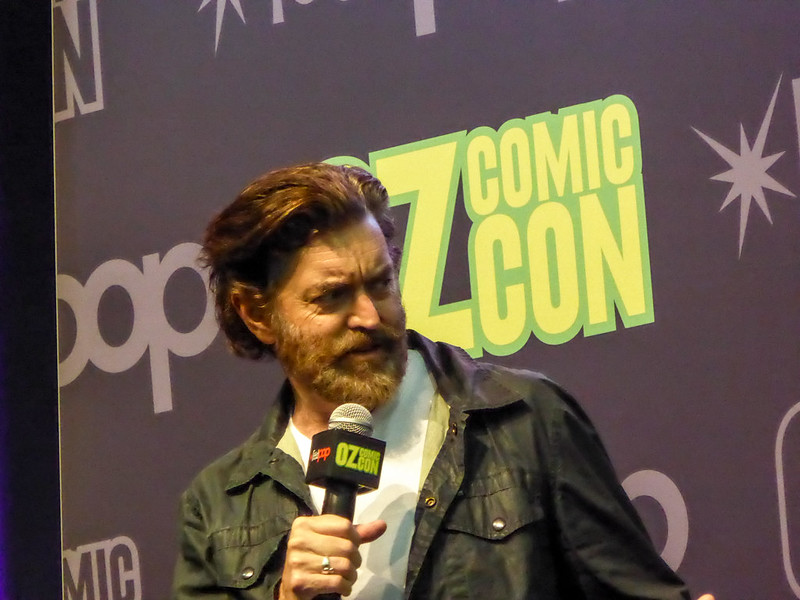 Karl Urban – Karl was another reason why I wanted to come this year. Unfortunately I have to say I was a little disappointed in my fellow Kiwi. I just felt that while he was there, he didn’t really seem completely engaged – if that makes sense – he seemed quite distracted. It was still good to hear him talk about the things he’s done and to hear him talk in his Kiwi accent – which he doesn’t get to do much in movies these days. 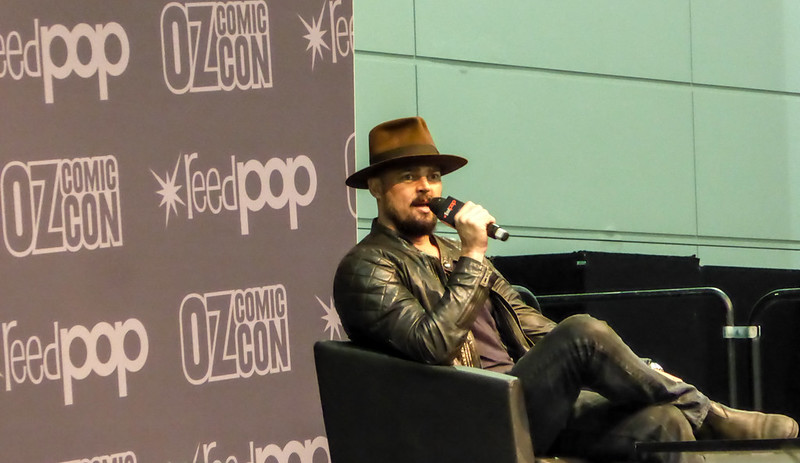 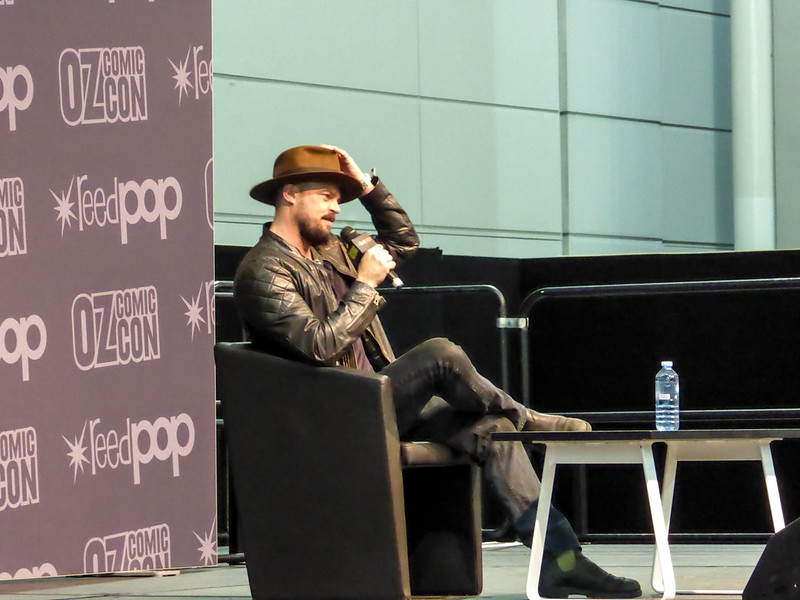 Full respect to anyone who comes to cons in cosplay – the outfits can take many hours to make or source, but the results can be amazing – even if I don’t know who have the people walking around are! Here are some of the ones I took photos of – including my ‘fangirl moment’ – only meeting Dr Horrible himself! 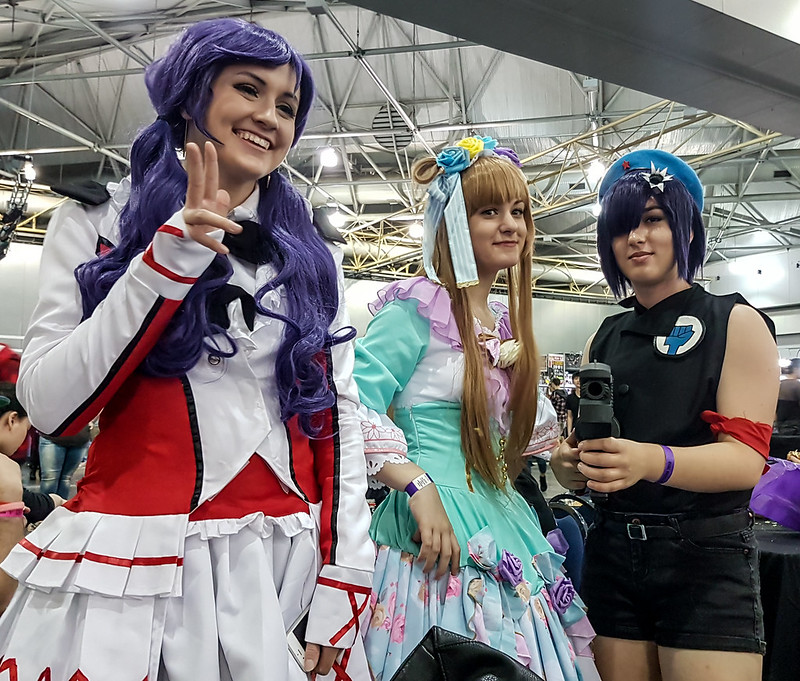 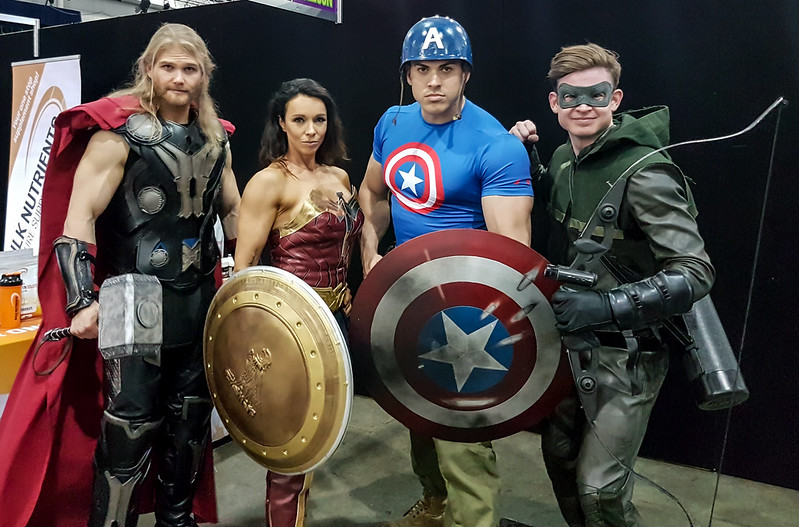 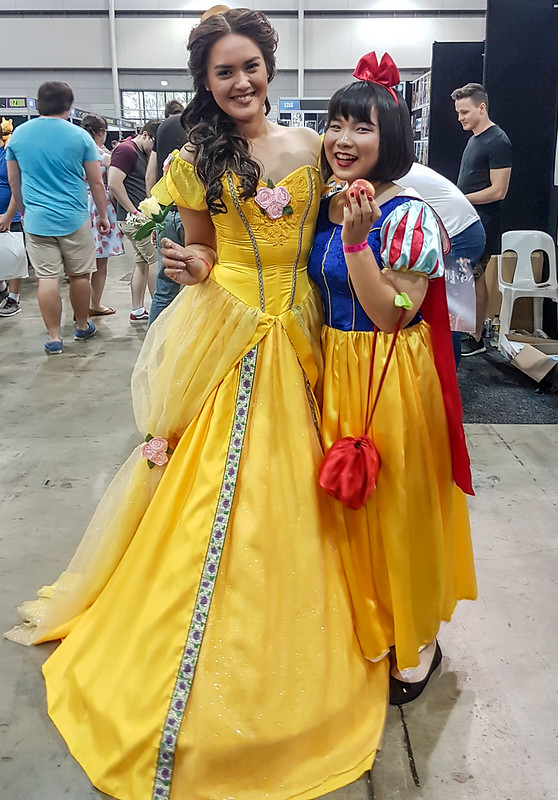 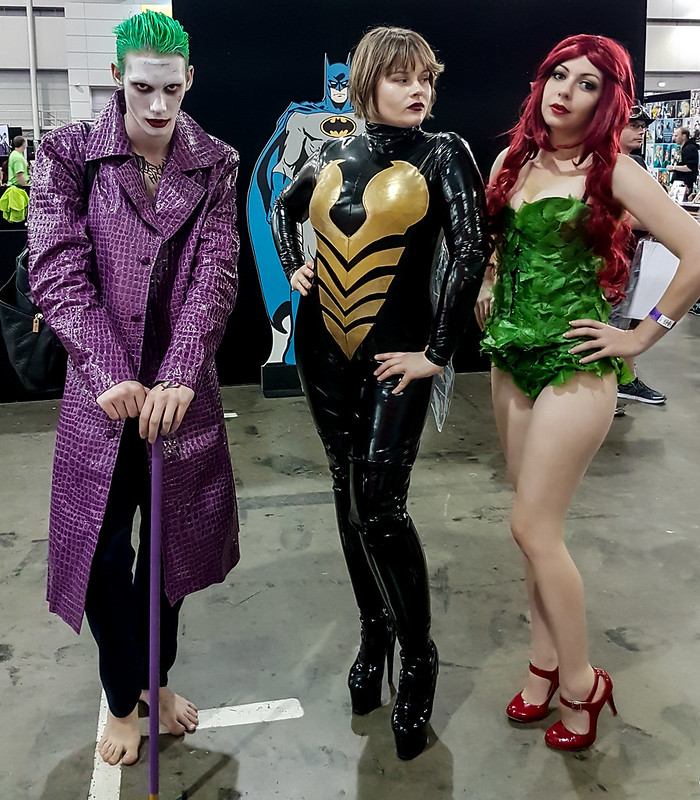 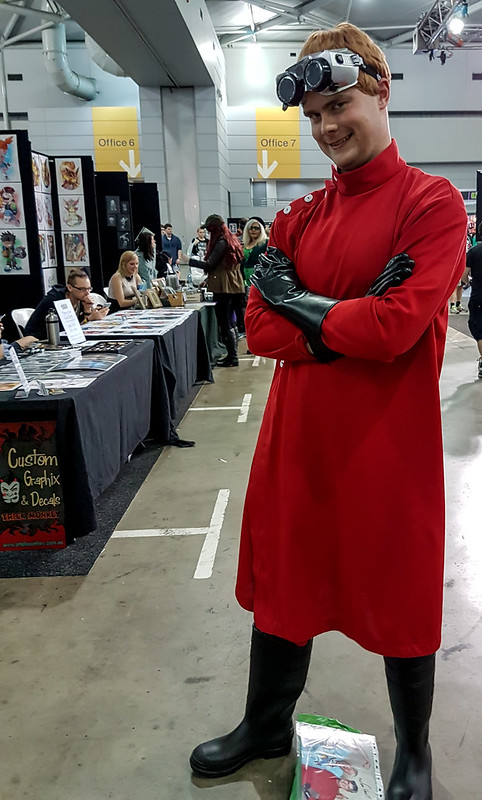 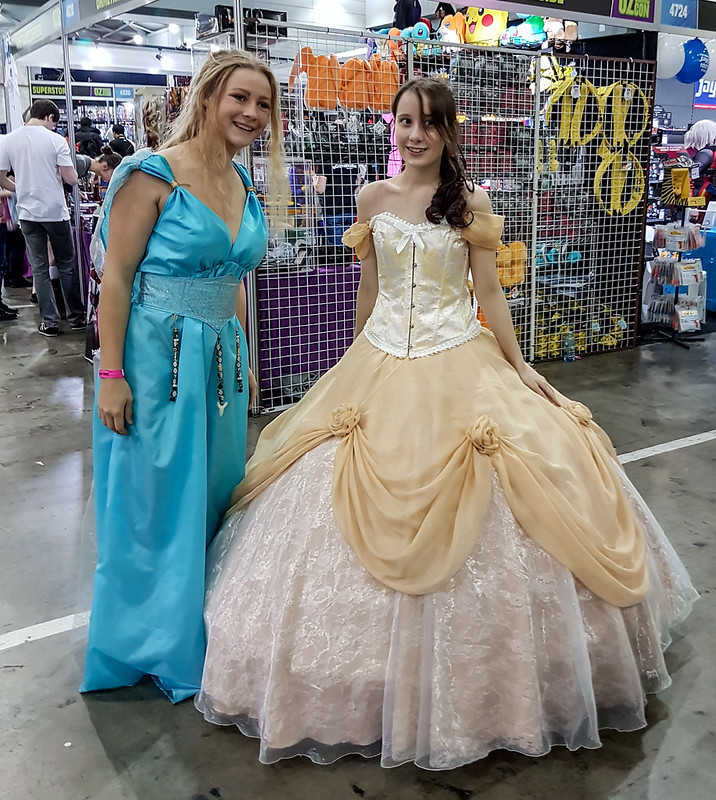 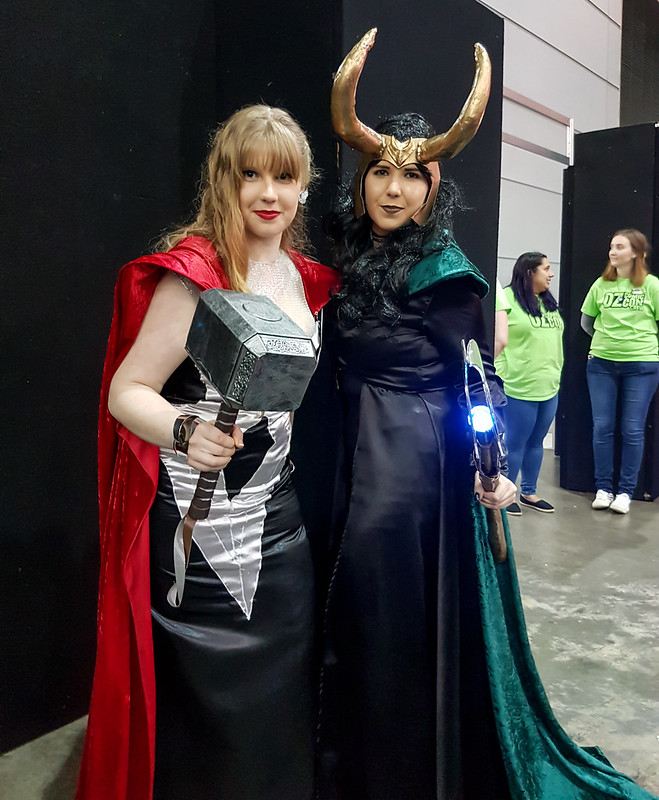 Highlight Of The Day

I said before that Christian Kane was the main reason that I went to Comic Con this year. It was a privilege meeting him, telling him he needs to visit New Zealand (he agreed!), and listening to him talk about his career. But the highlight would have to have been listening to him sing some of his songs in an intimate Storyteller experience, and explain the reasons behind some of his songs (mostly they’re about girls!). It was an amazing experience to see one of your favourite people sit there with just a guitar and mike, and sing his songs – not ashamed to say it was quite emotional, but I managed not to cry… just!

It is something I will not forget for a very long time. 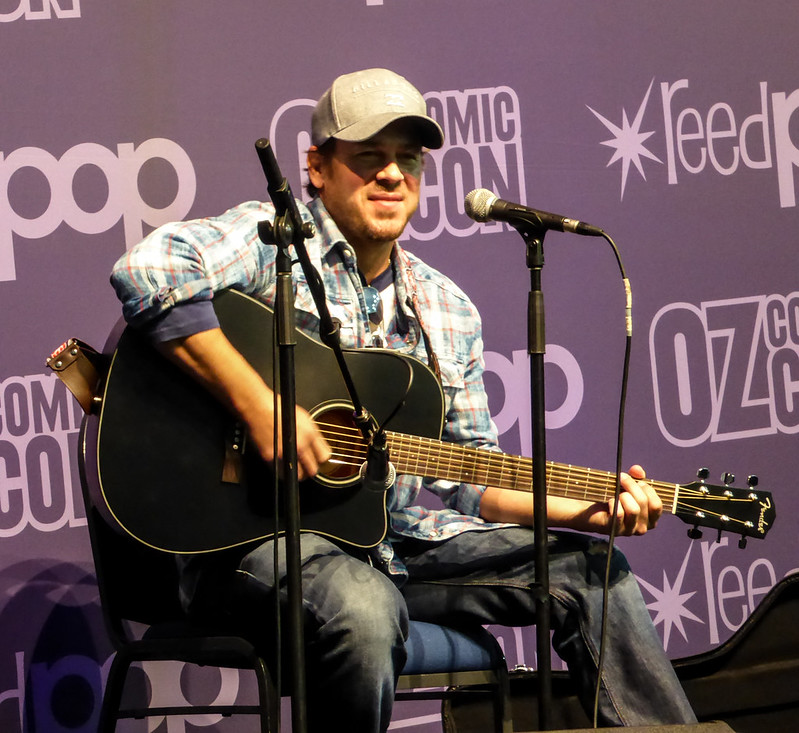 What do you ‘geek out’ about?
Have you been to a Comic Con or something similar?

via Daily Prompt: Together

4 thoughts on “We’re All In This Together”